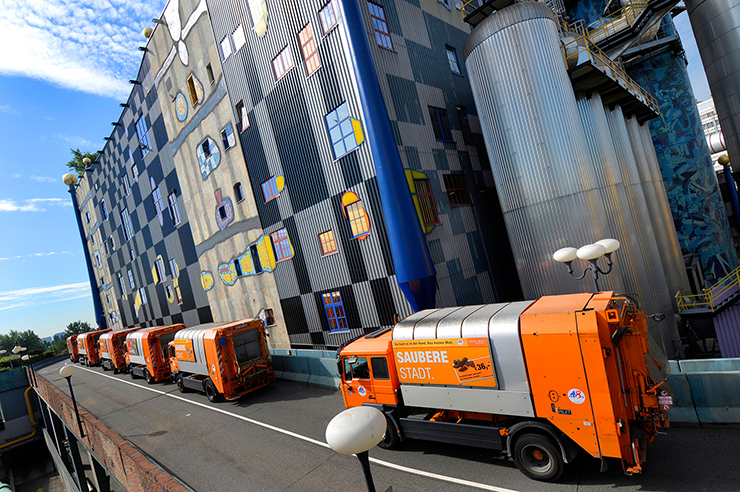 Across the European Union, waste-to-energy (WTE) incineration is increasingly promoted as an alternative to landfilling for treating residual waste. According to Eurostat, in the 10 years to 2016, the amount of waste incinerated in the EU increased by 30 per cent. Yet, the data also reveals that, since 2010, CO2 emissions from incinerators have increased by around 50 per cent. This suggests that carbon dioxide emissions from incineration are intensifying.

Eurostat statistics show that most of the increase in incinerated waste consists of residual municipal solid waste (MSW) – solid items thrown away by members of the public. In fact, Eurostat’s latest available data shows that approximately 70 million tonnes of MSW was incinerated in 2017. This is more than double the amount incinerated in 1995.

Burning MSW produces significant amounts of CO2. Incinerating just one tonne of MSW releases about 0.7 to 1.7 tonnes of CO2. This includes emissions of both fossil and biogenic CO2. The former is carbon that has previously been locked out of the atmosphere for tens of thousands of years. The latter represents more rapidly cycling forms of carbon such as those from plant decomposition – although the biogenic carbon cycle can have turnover times of up to 500 years.

Although biogenic CO2 is directly released into the atmosphere, making a significant contribution to climate change, only the carbon emissions from fossil sources are considered for the purposes of a global analysis of greenhouse gas emissions. This is an important loophole in accountability. For this reason, the allocation of carbon as fossil or biogenic has a crucial influence on the calculated amounts of climate-relevant CO2 emissions from incineration.

The level of fossil carbon dioxide emitted by burning one tonne of MSW depends on the composition of the material that is burned. Plastics – derived mostly from fossil sources – make up a significant proportion of the material burned at WTE incinerators. It is therefore estimated that burning a tonne of waste releases approximately 0.458 tonnes of CO2 from fossils.

In 2017, over 40 million tonnes of CO2 was released by WTE incinerators in the (then) EU 28 countries. This represents 22 per cent of total emissions from the entire waste sector (177 million tonnes with WTE incineration). Moreover, the emissions of carbon dioxide from WTE of municipal waste have increased by 288 per cent since 1999, making them a significant emission source when striving to maintain global temperatures below 1.5°C. Several reports also reveal the high proportion of recyclables in residual waste that could be either recycled or composted.

However, the carbon intensity of electricity produced through WTE incineration is about double that amount, at 540g CO2eq/kWh. WTE incineration is also far more carbon intensive than energy generated from fossil fuels such as gas (370g CO2eq/kWh). Due to the progressive decarbonisation of the electricity sector, power generated by incinerators is therefore increasingly out of step with the sector’s approach to limiting climate change impacts in the future.

Incinerators are designed to last for about 30 to 40 years. The data shows that continued use of them is simply delaying a much-needed and urgent transition to less carbon-intensive power generation infrastructure, such as wind and solar renewable energy.

It is therefore environmentally irresponsible to continue to promote WTE incineration infrastructures that are already largely outperformed by the EU average and, even worse, by conventional fossil-fuel energy generation such as gas.

Promoting WTE electricity from incineration would make it impossible to facilitate the ambitious emissions reductions in the energy sector that would align with the Paris Agreement. If we genuinely seek to limit global average temperature increase to below 1.5°C, we must end WTE incineration as soon as possible.