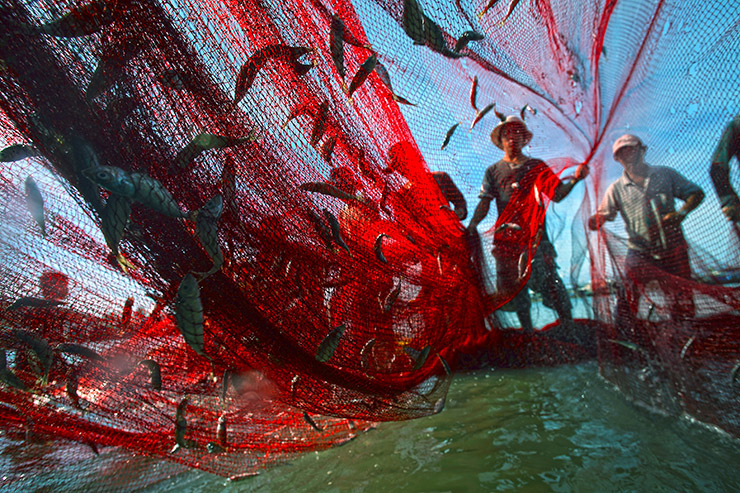 Bringing in the daily catch in south-eastern Viet Nam. The seafood industry is a prime candidate for investment, standing to yield an extra $53 billion annually from investing $5–10 billion each year in a global agreement on biodiversity. © UNDP Vietnam/Tran Vinh Nghia

The economic response to the COVID-19 pandemic involves both short-term priorities and longer term planning of the eventual recovery.

The immediate need is to continue mobilising public health resources and actions to contain, suppress and ultimately eradicate the virus. With a third of the global population currently in lockdown and economy activity restricted, these actions have resulted in a severe supply-side shock to the world economy.

Emergency stimulus measures are urgent for mitigating this shock and protecting vulnerable populations and businesses. According to the IMF, almost all countries are enacting sizable packages, and some, such as the US, are spending around 10 per cent of GDP ($2.2 trillion in the case of the US).

But we must also start thinking now about how best to rebuild our economies after the pandemic wanes. Simply reviving the existing ‘brown’ economy will exacerbate irreversible climate change, biodiversity loss and other environmental risks. Instead, we must foster green structural transformation of the world economy.

A good place to start is learning what worked and what did not from previous efforts to green the economic recovery during the 2008-9 Great Recession.

There are three key lessons. First, policies for a sustained economic recovery amount to much more than just short-term fiscal stimuli. Green structural transformation will require long-term commitments (5 to 10 years) of public spending and pricing reforms.

Second, the package of reforms will be different for major economies, such as the G20, as opposed to low and middle-income economies.

Third, as the UN Secretary-General’s report Shared Responsibility, Global Solidarity has emphasised, the lack of collective international action in support of the Paris Climate Change Agreement and in ensuring progress towards the 17 Sustainable Development Goals (SDGs) has made the world more vulnerable to the pandemic than it should have been. Bolstering these international commitments and others, such as the renegotiation of the Convention on Biological Diversity, is essential for making the world economy healthier and more inclusive.

Green transition
For G20 economies, investing in a workable and affordable Green New Deal is essential. The aim must be to transition from fossil fuels to a low-carbon economy, through public spending to support private-sector green innovation and infrastructure, development of smart grids, transport systems, charging station networks, and sustainable cities. Pricing carbon and pollution, and removing fossil-fuel subsidies, can accelerate the transition, raise revenues for the necessary public investments, and lower the overall cost of the green transition.

To understand why it is important to combine long-term public spending commitments with pricing reforms, we should learn from the experience of South Korea, which did attempt to launch its own national Green New Deal in 2008-9.

Initially, South Korea responded to the Great Recession by promoting “low carbon, green growth” as the new long-term development vision of the country. The government proposed allocating $60 billion, or 5 per cent of Korea’s GDP, for its Green New Deal.

In the end, however, South Korea may have spent only $26 billion on low-carbon energy. It also failed to adopt pricing reforms and other incentives to foster renewables, such as phasing out fossil fuel subsidies, carbon targets and stringent regulatory frameworks. This has slowed the pace of reducing energy intensity and de-carbonisation. Although the goal was to lower energy intensity by 2.5 per cent per year up to 2030, it declined by less than 1 per cent annually from 2006 to 2016. The result is that South Korea’s CO2 emissions have continued to increase in recent years.

For many of these initiatives, poorer economies will need international financial and technical assistance. But increasingly, low and middle-income economies are finding innovative ways to design, implement and fund their own efforts.

A good example is the ‘tropical carbon tax’. This is a levy on fossil fuels that is invested in natural climate solutions aimed at conservation, restoration and improving land management to protect biodiversity and ecosystem services. This reduces land-use change – a major source of greenhouse gas emissions in many tropical developing countries.

Costa Rica and Colombia have already adopted such a strategy. If 12 other ‘megadiverse’ countries roll out a tropical carbon tax similar to Colombia’s, they could raise $1.8 billion each year between them to invest in natural habitats that benefit the climate. A more ambitious policy of taxation and revenue allocation could yield nearly $13 billion each year for natural climate solutions.

Moreover such a policy can be ‘pro-poor’. Ecosystem services such as drinking-water supply, food provision and cultural services are estimated to contribute between 50 and 90 per cent of income and subsistence among the rural poor and those who live in forests. Such services can make an important contribution to ending extreme poverty (SDG 1), achieving zero hunger (SDG 2), improving health (SDG 3) and meeting many of the other 14 SDGs.

Global agreements
Post-COVID-19, we should also rethink our approach to international environmental agreements. For decades, governments and international organisations have fallen short of the funds required to reverse the global decline in species and habitats on land and in oceans.

If there is a new global agreement on biodiversity, corporations in industries that benefit directly from nature should formally join the accord and contribute financially to it. As parties to the agreement, governments would set over-arching conservation goals and pledge specific national targets, policies and timelines. In addition, wealthier countries should assist conservation in poorer nations.

However, major companies in key sectors such as seafood, forestry, agriculture and insurance also have a financial stake in averting the global biodiversity crisis. These sectors should agree on targets for increasing marine stocks, protecting forests, preserving habitats of wild pollinators and conserving coastal wetlands. Individual companies should pledge to meet these goals as well as provide financial and technological assistance for conservation in developing countries.

The resulting increase in industry revenues and profits could provide $25-50 billion annually for global conservation. For example, the seafood industry stands to gain $53 billion annually from a $5-10 billion investment each year in a global agreement on biodiversity, while the insurance industry could see an additional $52 billion with a similar investment. By spending $15-30 billion annually, the forest products industry would attain its sustainable forest management goals. Agriculture also has an incentive to protect habitats of wild pollinators, who along with managed populations enhance global crop production by $235 billion to $577 billion annually.

Such a novel accord would represent a ‘new wave’ of international agreements that would engage government and industry, and hopefully other non-state actors, in a manner unparalleled in the history of global environmental conservation. This has been proposed for the Paris Agreement, which could add a mechanism to allow corporations, cities, and other non-state actors to formally join the accord. Already some corporations, local governments and other non-state entities have announced voluntary pledges and low-carbon strategies to comply with the Paris Agreement, but the private sector is not a formal participant, nor do corporations contribute to the accord’s climate financing.

The COVID-19 pandemic is one of the greatest threats to humankind, and is requiring unprecedented collective action to combat and control. The next phase is to define and guide the global recovery for a more sustainable economy and planet in the post-COVID era. 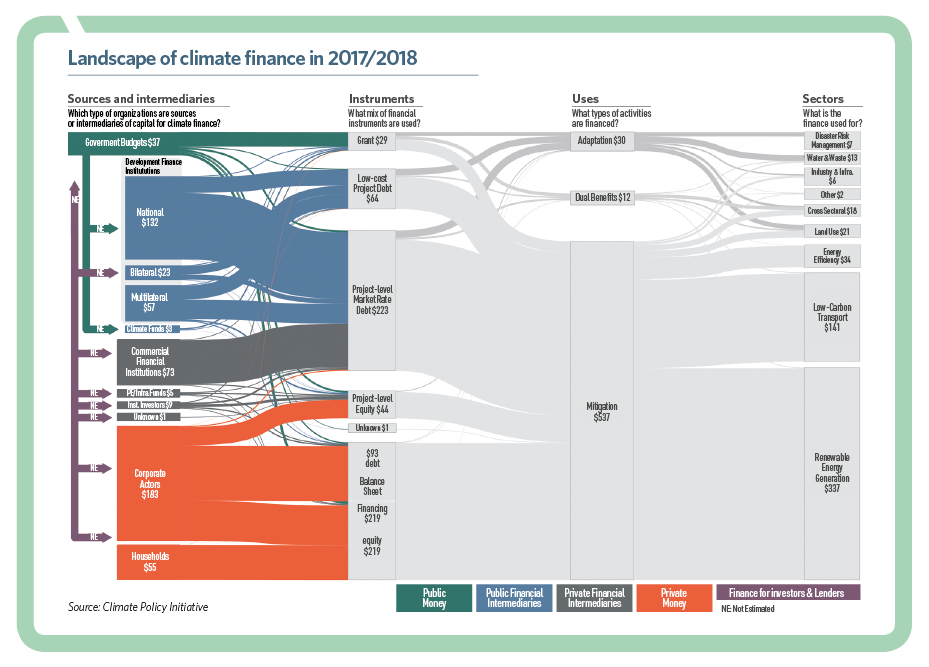