A model for the wider world?

Early action on climate change has helped the EU to achieve substantial cuts in emissions while growing its economy. As the international community prepares to sign a new climate agreement, what lessons can it draw from Europe? 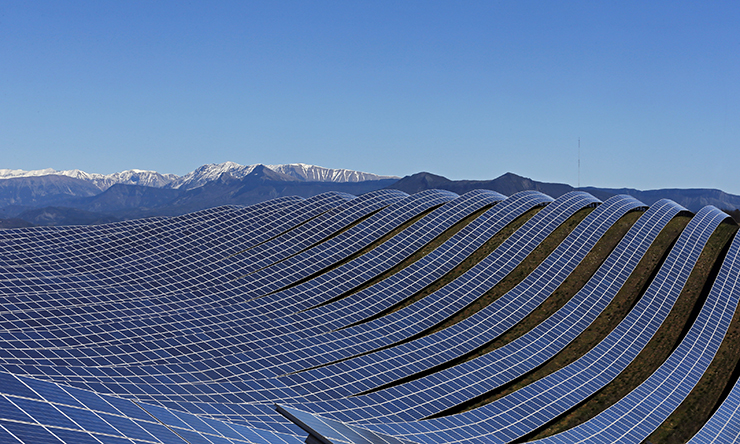 The photovoltaic park in Les Mées. One of the largest solar farms in France, it covers an area of 200 hectares and delivers 100 MW of power.  © Jean-Paul Pelissier/Reuters

A model for the wider world?

Early action on climate change has helped the EU to achieve substantial cuts in emissions while growing its economy. As the international community prepares to sign a new climate agreement, what lessons can it draw from Europe?

Einstein said: “We cannot solve our problems with the same thinking we used when we created them.” When it comes to fighting climate change, it is clear that we need to think differently.

Today, all across the world, we are seeing the impacts of greenhouse gas emissions that have been pumped into the atmosphere over past generations. If we do not want to heap more problems upon the generations that follow us, we need to take swift and collective action.

We know that building a climate-resilient, low-carbon global economy is the only way to keep global warming below 2°C and avoid the most dangerous impacts of climate change. But time is not on our side. The scientific evidence is unequivocal: delaying action will only be more costly and narrow our options for reducing emissions and adapting to the unavoidable impacts of climate change. On the flip side, the transition to low-emission, climate-resilient development can revitalise economies in Europe and globally, and help us seize the significant business opportunities that this industrial revolution promises.

Leading by example
The new climate agreement in Paris this December offers a unique opportunity for global leaders to steer the world towards a secure and sustainable future. The EU has already started the transition to a low-carbon economy. We are well on track to meet our 2020 targets for emissions reductions, renewables and energy efficiency.

EU emissions fell by 19 per cent between 1990 and 2013, while GDP grew by 45 per cent. This absolute decoupling of greenhouse gas emissions and economic growth has been driven by robust EU and Member State policies. These have led to improved efficiency and a higher share of renewable energy, which today provides 15 per cent of our energy and almost 26 per cent of EU electricity.
We have seen the benefit of early action and how setting ambitious targets has paid off. They have given industry the necessary predictability it needs for efficient investment and have been an important driver of stimulating innovation and reducing the costs of technologies.

A key role of the Paris agreement will be to provide that same signal and clarity at global level by ensuring a system of transparency and accountability that shows parties will follow through on their commitments. The green economy is proving to be one of the most promising areas for job creation in the EU, enjoying a 20 per cent increase even during the recession years. Today the environmental goods and services sector in Europe provides jobs for more than four million people.

The EU’s new investment plan will unlock public and private investments of at least €315 billion over the next three years. These investments, in areas such as infrastructure, energy efficiency and renewables, will help modernise and further decarbonise the EU’s economy, as well as create jobs.

Ambitious targets
We are making good progress but we can – and must – do more. Last October, EU leaders agreed new targets for 2030, including a binding domestic greenhouse gas emissions reduction goal of at least 40 per cent below 1990 levels.

Thanks to determined efforts at EU and Member State level, the EU is the most emissions-efficient economy in the world today per unit of GDP. Reaching our 2030 target would further halve our emissions intensity. We will achieve our goal by fully integrating climate into our energy policy. We are building a strong European Energy Union that will change the way we use, transport and consume energy.

Energy efficiency in particular has a key role to play in meeting climate objectives – both in the EU and globally. After all, the cheapest and cleanest energy is the energy we don’t use. Energy efficiency measures can deliver quick, cost-efficient results. They have an important contribution to make towards closing the large emissions gap between now and 2020, when the new global climate deal comes into force.

Critical mass
The most immediate challenge in the coming months is the timely delivery of national contributions to the new global deal by a critical mass of international partners. The EU was the first major economy to submit its contribution in early March. Only a handful of others, including the US, Russia and Mexico, have followed, but it is essential that other countries, and in particular other G20 nations, now move with a greater sense of urgency.

G20 countries make up around 75 per cent of global emissions, so it is crucial for them to communicate their intended contributions to partners as soon as possible. We must have a clear idea of the adequacy of the collective effort before Paris so that together we can design and agree a regime that is capable of keeping the world on track to meet our objective of limiting global temperature rise to below 2°C.

If we are to have a level playing field, we need the broadest geographical coverage and the highest possible level of ambition. The new agreement must reflect evolving geopolitical and economic realities. Those with the greatest responsibilities and capabilities will be expected to make the most ambitious mitigation commitments.

Supporting international partners
The EU is responsible for nine per cent of global emissions. We are prepared to play our part, but we need others to do the same. At the same time, we understand that some countries may need support in their fight against climate change and in making the transition to a low-carbon economy.

The EU and its Member States are already the leading providers of official development assistance and climate finance to developing countries and will continue to provide support to poor and vulnerable nations.

The EU will provide up to €14 billion of public climate finance from its 2014–20 budget to partners outside the EU. This is in line with the goal of investing at least 20 per cent of the EU’s budget in climate-relevant actions both domestically within the EU and internationally over this period. In addition, the European Investment Bank invests around €2 billion per year in international climate action. Achieving synergies between development and climate objectives will be crucial for the transformation to a low-carbon, climate-resilient world.

We are already contributing significantly to the transfer of technology by financing climate action and development projects with a technology dimension, as well as through research collaboration. Horizon 2020, the EU’s largest research and innovation programme, is open to researchers and entrepreneurs outside the EU and provides financial support to less developed countries. The EU has committed to invest at least 35 per cent of the programme’s budget of nearly €80 billion in climate-related action.

We are also working with our trade partners to speed up the dissemination and uptake of climate-friendly technologies. We hope to conclude a significant international agreement on the liberalisation of trade in environmental goods and services before the end of the year.

In the run-up to the Paris conference we are also building strong alliances with ambitious international partners. But success in Paris requires pressure from a wide range of constituencies – citizens, business leaders, financial institutions and civil society.

Every person and every country of the world stands to benefit if we can prevent climate change from reaching dangerous levels. We are all stakeholders in the planet and we all have a part to play in safeguarding it for future generations.