A successful outcome in Paris

How should we define ‘success’ at the UN climate meeting in December? Can we square civil society’s hopes for a robust treaty with the framework that is likely to emerge? 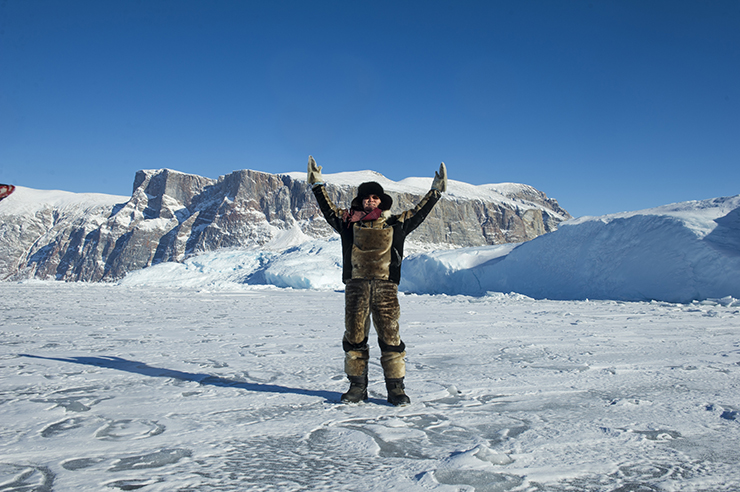 A successful outcome in Paris

How should we define ‘success’ at the UN climate meeting in December? Can we square civil society’s hopes for a robust treaty with the framework that is likely to emerge?

Collectively, UN member states have adopted more than 500 environmental treaties, including 17 global agreements on issues ranging from biological diversity to desertification. Of these, the Montreal Protocol is widely touted as the most successful.

With 196 parties, the Protocol is universal. Agreed shortly after scientists observed a ‘hole’ in the ozone layer, it has succeeded in securing drastic cuts to ozone-depleting substances, with the ozone layer expected to return to pre-1980 levels between 2050 and 2075. A similar framework for reducing carbon emissions has proved elusive to date.

Global action begins…
In 1992 there was no straightforward carbon equivalent of the ozone ‘hole’. Nonetheless, growing scientific consensus on the impact of human-made greenhouse gases (GHGs) led states to adopt the UN Framework Convention on Climate Change (UNFCCC). The treaty aimed to stabilise GHG concentrations to “prevent dangerous anthropogenic interference with the climate system”.

Borrowing from the Montreal Protocol, it held that the absence of “full scientific certainty” should not be used as a reason to postpone action. It made clear that all countries needed to act, with developed states leading the way, recognising their overwhelming historical responsibility for emissions and the support that developing countries would need to meet their commitments.

So far, so good. Looking back today, it is not inconceivable to imagine that the UNFCCC might have developed, over two decades, into something like a global carbon budget, with allocated targets. But instead progress stalled.

… and falters
It was not until 1997 that 37 industrialised nations took on binding emissions targets under the Kyoto Protocol. It took another eight years for it to enter into force. Kyoto’s effectiveness was curtailed from the outset as the US, then the world’s biggest emitter, did not ratify it. The lack of penalties for withdrawing saw Canada pull out in 2011, having failed to meet its targets. While the EU did reach its Kyoto goals, its efforts have reduced in impact as its share of global emissions has fallen. Developing countries did not take on reduction targets.

Discussions on a successor framework to Kyoto began in 2005, seven years before its expiry. The UN and civil society hoped for a new agreement that would see developed states take on deeper cuts, and developing countries agree to reductions. By this time, some assessments put developing states’ contribution to cumulative emissions at nearly 50 per cent, with rapid growth in emerging economies making up the lion’s share. Shortly thereafter, China became the world’s largest emitter.

However, many developing states continued to insist they be exempted from binding targets. There were notable exceptions – some small island states, already suffering land loss and displacement due to rising sea levels, announced their intention to become carbon neutral. South Africa offered stronger cuts than the EU as part of a global deal, albeit predicated on financial support.

The Copenhagen fallout
But the fault lines remained. Japan, New Zealand and Russia announced they would not join in a second round of Kyoto and the US remained unwilling to commit in the absence of developing-country commitments. The extension eventually agreed in 2012 covers countries (including the EU) that represent just 15 per cent of global emissions.

As a result, the 2009 UNFCCC conference in Copenhagen – billed as a ‘make or break’ moment – ended with a whimper. The vague last-minute compromise left millions around the world disappointed, more so because of the huge groundswell of support in the lead-up to the meeting. UNA-UK was part of this push, calling for a robust, global treaty, with legally binding targets for all states. Since then, progress has largely been measured against this yardstick, with inevitable disappointment as prospects for a ‘universal Kyoto’ retreated.

The move towards Intended Nationally Determined Contributions (INDCs) has attracted particular concern from campaigners, who rightly question whether such targets will come close to achieving the reductions needed.

A sea change
Though understandable, this focus has played down the progress that has been achieved at successive UNFCCC meetings. The draft agreement produced in Lima in 2014 reflects these changes: agreement on limiting global temperature rise to 2ºC, recognition that emissions need to reduce to near zero by 2100, $100 billion a year in climate finance by 2020, and commitment to monitoring the agreement.

Above all, there has been a sea change in approach. The 2011 Durban conference saw states replace Kyoto’s two-track process with a universal one, removing the ‘firewall’ between developed and developing states. All countries will take on reduction targets under the new agreement.

This is a huge step forward, resulting in part from significant efforts to agree steps outside the UNFCCC process – in groups such as the G20 but also in individual countries. The last few years have seen a marked increase in domestic action. In 2012, Globe International, an organisation of parliamentarians from more than 70 countries, found that 32 of the 33 economies it surveyed, representing over 80 per cent of global emissions, have introduced or are moving towards significant climate-related regulation and legislation.

Crucially, this includes China and the US. In a game-changing move in 2014, they jointly announced their INDCs: the US intends to reduce emissions by 26-28 per cent below its 2005 level in 2025, and China to peak emissions in 2030. Meanwhile India has proposed a review process for verifying developing countries’ emissions, which China appears to have accepted.

Defining success
Much remains to be done ahead of Paris. States still need to agree what form the treaty will take – the Lima draft includes options such as protocol, legal instrument and “agreed outcome with legal force”. INDCs submitted to date fall far short of what is needed to meet the 2ºC goal, and there is a long way to travel to reach consensus on how commitments will  be monitored.

What is adopted in Paris is unlikely to stand up to the ‘universal Kyoto yardstick’. But no text, however good, will be effective if it isn’t adopted and subsequently ratified by states. A successful treaty, therefore, is one that is politically saleable. In practice, this means that treaties often reflect existing political trends.

So what would success in Paris look like? UNA-UK believes that a positive outcome would be a treaty that binds all countries to emissions reductions, with effective monitoring and implementation mechanisms and with scope to develop over time.

While there are many differences between the Montreal and UNFCCC frameworks, the world’s most successful environmental instrument offers some lessons for how this might be achieved. The Protocol was supported by developing countries because they were given time and assistance, including financial, to comply with it.

It has also developed in terms of targets and scope, through provisions that enable parties to make adjustments in response to new scientific information without the need to renegotiate. And it has nurtured compliance, through annual, peer-reviewed assessments and a process that supports non-compliant states in getting back on track.

Winners, not villains
Such an agreement is a long way off the robust treaty that UNA-UK had envisaged. But if agreed, it would be a pragmatic milestone that could, if states persevere, develop into an ambitious, coherent and transparent framework for effective global action.

It is time for all of us – states, civil society, business and the media – to move beyond a narrative of ‘heroes’ and ‘villains’ at UNFCCC meetings. Instead, we must recognise that agreement at Paris, even if it doesn’t deliver everything immediately, will make us all winners.