A time for solutions

With a global consensus that man-made global warming presents a perilous threat to the planet, how do we go about curbing temperature rises and creating a zero-carbon global economy? 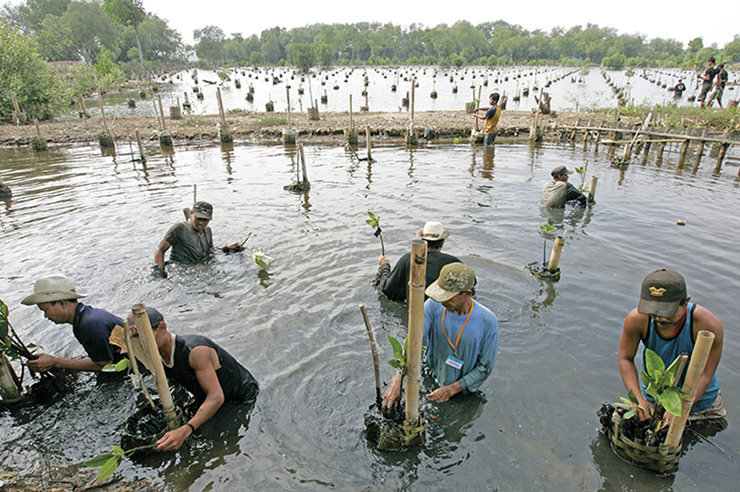 A time for solutions

With a global consensus that man-made global warming presents a perilous threat to the planet, how do we go about curbing temperature rises and creating a zero-carbon global economy?

Undoubtedly, 2015 was a landmark year in the global development agenda. Not only did the international community agree the Sustainable Development Goals (SDGs), but also, to the surprise of some doubters, nations came together at the 21st Conference of the Parties (COP21) to the UN Framework Convention on Climate Change (UNFCCC) in Paris to reach an ambitious and wide-ranging agreement on tackling climate change.

Climate action is, of course, one of the 17 SDGs, and underpins many of the others. But in this article I would like to concentrate on the Paris Agreement, and what its implementation will mean for sustainable development. In particular I would like to look at the work of the Intergovernmental Panel on Climate Change (IPCC), as the world now seeks to turn climate action into reality.

As the leading world body for the assessment of the science related to climate change, its impacts and possible future risks, and options for dealing with it, the IPCC was a significant contributor to the successful outcome of COP21. The Paris Agreement is based on science, and reflects the findings of past IPCC assessments.

Moreover, COP21 gave an important role to the IPCC, whose future reports will inform the ‘global stocktake’ process whereby nations monitor their progress towards the goal of limiting global warming to well below 2°C above pre-industrial levels and their efforts to limit the temperature increase to 1.5°C.

Our last report, the Fifth Assessment Report, found that to limit warming to below 2°C would require substantial reductions in emissions of greenhouse gases (GHGs) over the next few decades and near-zero emissions of CO2 and other long-lived GHGs by the end of the century.

To be precise, to have a likely (i.e. two thirds or more) chance of holding warming to 2°C, global emissions in 2050 would have to be 40–70 per cent lower relative to 2010, and net emissions of GHGs would approach zero by 2100. That implies that in 35 years we will have seen a rapid improvement in energy efficiency, and a tripling to quadrupling of the share of zero and low-carbon energy supply from renewables, nuclear and legacy fossil fuel, combined with carbon capture and storage (CCS), a technology in which carbon emissions are sequestered at the source (e.g. a power plant) and then stored safely, for instance underground.

There was less knowledge available at the time of the Fifth Assessment Report about the pathways that would take us to warming of only 1.5°C. The limited number of studies indicate pathways characterised by immediate mitigation and faster reduction of GHG emissions, including the use of negative emissions (withdrawing CO2 from the atmosphere, for instance through technology or afforestation).

The barriers to a zero-carbon society do not arise in science. We already know enough to take action on the path to a carbon-free economy, and that was one of the key messages of the Fifth Assessment Report in 2013/2014 and of its predecessor, the Fourth Assessment Report, in 2007. Most of the barriers are economic, social, institutional and political. That is why the next set of IPCC reports will put a major focus on the solutions for reaching that zero-carbon society, hopefully helping to overcome those barriers by examining the options for action.

That said, there are significant gaps in our knowledge about the challenges and risks associated with some of the technologies that have been mentioned as contributing to a carbon-free economy. These include carbon dioxide removal, afforestation, and BECCS – the combination of bioenergy and CCS, where CO2 is absorbed from the atmosphere by growing biomatter such as trees, which are then burned in power plants while sequestering the resulting emissions.

We do not yet know enough about the extent to which these technologies can be scaled up, and hence what their potential is. Planting forests to absorb carbon or provide energy would eventually run up against the need for land for food.

Examining these questions will be another focus of our forthcoming reports. Without prejudging the scoping processes of the forthcoming reports, there are some important areas of research – many overlapping between science, technology and the social sciences – that we are likely to assess.

The decarbonisation of electricity generation will involve large-scale deployment of renewables, nuclear and CCS. What are the risks and opportunities here? What do we know about CCS – not only its operational safety, but also the risks of transporting sequestered CO2 and the long-term integrity of storage?

The relationship between behavioural change and greater energy efficiency is fascinating. Climate change and cities, which are home to over half the world’s population, is a growing area of research. Cities pose particular challenges to mitigation: as new cities are built and existing cities develop, how do planners avoid locking-in carbon-intensive infrastructure? And what are the prospects for sustainable transport, achieving zero-GHG mobility through renewables-based electricity or hydrogen?

Global stocktake
How can the IPCC facilitate this search for solutions? Our next comprehensive assessment, the Sixth Assessment Report, will be completed in 2022, in time for the first global stocktake one year later. We are also updating the methodologies used by countries to measure and report their GHG emissions and removals.

And we are producing three special reports: on the impacts of global warming of 1.5°C above pre-industrial levels and related global GHG emissions pathways in the context of strengthening the global response to the threat of climate change, sustainable development and efforts to eradicate poverty; on climate change, desertification, land degradation, sustainable land management, food security and GHG fluxes in terrestrial ecosystems; and on climate change and oceans and the cryosphere. The report on 1.5°C was specifically requested by COP21 and will be delivered in 2018.

All these reports will focus on the assessment of realistic response strategies in line with our mandate. We will strengthen our treatment of regional issues, as local and regional information is the most relevant for policymakers. We will improve the knowledge base for the interaction of climate change and cities, which will be one of the focuses of the Sixth Assessment Report. And the three special reports – requested by our member states and the UNFCCC – will address some of the most urgent and policy-relevant questions.