A vision for zero-carbon energy 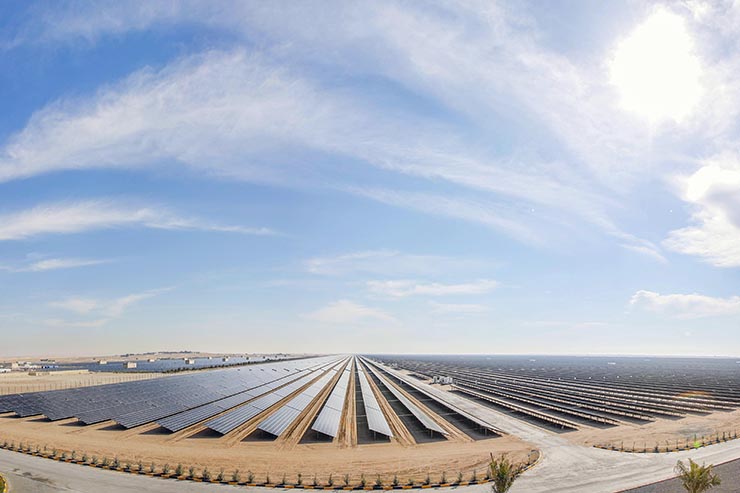 A vision for zero-carbon energy

The United Arab Emirates (UAE) Government is committed to confronting climate change. It is doing this through innovative and coordinated action aimed at minimising the risks to its natural environment and economic activity. Several policies, from both the UAE Federal Government and the Dubai Government, include objectives to mitigate climate change impacts and diversify sources of energy.

Dubai in particular has established ambitious clean energy goals, with DEWA playing a critical role. In accordance with the comprehensive strategic guidelines for the Emirate of Dubai, DEWA is increasing its renewable energy targets, managing energy demand, and further reducing its carbon footprint.

Responding to energy policy and regulation
The Government of Dubai has set its own ambitious strategies to help tackle climate change. These include the Dubai Carbon Abatement Strategy, with its target of reducing carbon emissions by 16 per cent by 2021. This in turn supports national strategies such as UAE Vision 2021 and the Green Economy for Sustainable Development Initiative launched by His Highness Sheikh Mohammed bin Rashid Al Maktoum, Vice President and Prime Minister of the UAE and Ruler of Dubai.

At DEWA, we are responding to growing demand by diversifying our energy sources, playing a key role in achieving the targets set out by the Dubai Clean Energy Strategy 2050. The strategy seeks to transform Dubai into a global hub of green energy, and generate 7 per cent of Dubai’s total power output from clean resources by 2020, 25 per cent by 2030, and 75 per cent by 2050. Meanwhile, Dubai’s Demand Side Management Strategy aims to reduce energy and water demand by 30 per cent by 2030, by strengthening the renewable energy sector to meet the objectives of the clean energy strategy.

In this way, DEWA supports the UAE’s ambitions towards sustainable development, meeting continuously rising demand without diminishing natural resources or damaging the environment.

As Dubai’s sole provider of power and water, DEWA recognises the impact of its operations. We acknowledge our role in realising these strategic objectives by minimising our environmental footprint, while maintaining a reliable supply of electricity and water to our customers.

DEWA also plays an integral role in helping to achieve these policy objectives. We are reducing the carbon intensity of electricity and water production, enabling our stakeholders to reduce consumption, while also raising awareness about the impacts of climate change.

We run our power stations and desalination plants according to the highest standards of reliability, efficiency, quality and environmental safety. DEWA also owns and operates aquifers and power and water distribution networks in Dubai, ensuring the uninterrupted supply of services to our customers.

Big projects, smart innovations
As part of our efforts to tackle the challenges raised by climate change, we’re working on several mega projects and innovative solutions to expand green energy use and cut emissions. These include:

Mohammed bin Rashid Al Maktoum Solar Park
The Mohammed bin Rashid Al Maktoum Solar Park is the largest single-site solar park in terms of capacity in the world. Based on the independent power producer model, by 2030 it will combine both photovoltaic (PV) and concentrated solar power technologies to achieve a total capacity of 5,000 megawatts (MW) – and cut CO2 emissions by more than 6.5 million tons a year.

The solar park – located in Seih Al Dahal, 30 kilometres south east of Dubai – combines the efforts of both public and private sectors in solar energy. It will be home to one of the largest research and development centres in the region, and already includes a PV solar testing facility.

The park began operations in 2013, with a capacity of 13 MW generated by PV technology. The second phase began in April 2017, ahead of schedule, boosting total capacity by 200 MW.

DEWA awarded the development of the third phase to a consortium led by the Abu Dubai Future Energy Company (Masdar). The phase will be implemented in three stages, adding 200 MW of generating capacity by 2018, 300 MW by 2019 and 300 MW by 2020.

The fourth phase – a 700 MW concentrated solar power (CSP) plant – will feature a 260-metre solar tower, the tallest of its kind in the world. The project was awarded to a consortium comprising Saudi Arabia’s ACWA Power and China’s Silk Road Fund, along with China’s Shanghai Electric as the main engineering, procurement and construction contractor. It will represent the world’s lowest levelised cost of electricity of USD 7.3 cents per kilowatt hour. The plant will roll out in stages, starting from Q2 of 2021. By 2030, the solar park will generate 1,000 MW using CSP technology.

Shams Dubai
As part of the Smart Dubai goal to make Dubai the smartest and happiest city in the world, DEWA has launched the Shams Dubai initiative to connect solar energy to buildings and households. The initiative encourages household and building owners to install PV panels to generate electricity, and connect them to DEWA’s grid. Owners use the electricity they generate on site, and export any surplus to DEWA’s grid, which is deducted from the customer’s future bill. Shams Dubai supports the Dubai Clean Energy Strategy 2050. It establishes a sustainable model for providing clean energy and supporting Dubai’s economy, without harming the environment and natural resources.

There are many benefits of hydropower. It is low cost, reliable and an efficient source of clean energy. It is also the most important means of energy storage, with estimates suggesting that hydropower represents 99 per cent of the world’s operational electricity storage. Hydropower is one of the most flexible and sustainable renewable energy sources. It can be operated to provide base-load power, as well as peak-load supply through pumped storage. Other benefits include water security, flood control, drought management, irrigation and recreation.

EV Green Charger
The transport sector is the second highest contributor of greenhouse gas emissions in Dubai. We want to encourage commuters to use hybrid and electric vehicles, and to help reduce carbon emissions. To help achieve this, DEWA has successfully installed more than 100 Electric Vehicle (EV) Green Charger stations, which will be doubled by the end of this year.

At DEWA we strongly believe that the proper management of climate change risk and the promotion of measures to deal with global warming will lead to solutions to social problems, and will contribute to maintaining and increasing corporate value. This belief is underlined by our motto: for generations to come.

UNA-UK thanks DEWA for its generous support for this publication 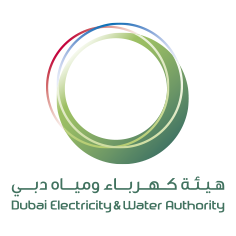 Dubai Electricity and Water Authority (DEWA) is a sustainable, innovative, world-class utility. It was formed on 1 January 1992 by a decree issued by the late Sheikh Maktoum bin Rashid Al Maktoum to merge the Dubai Electricity Company and the Dubai Water Department, which had been operating independently before then. Today, DEWA provides services to more than 730,000 customers, with a satisfaction rating of more than 94.4%.