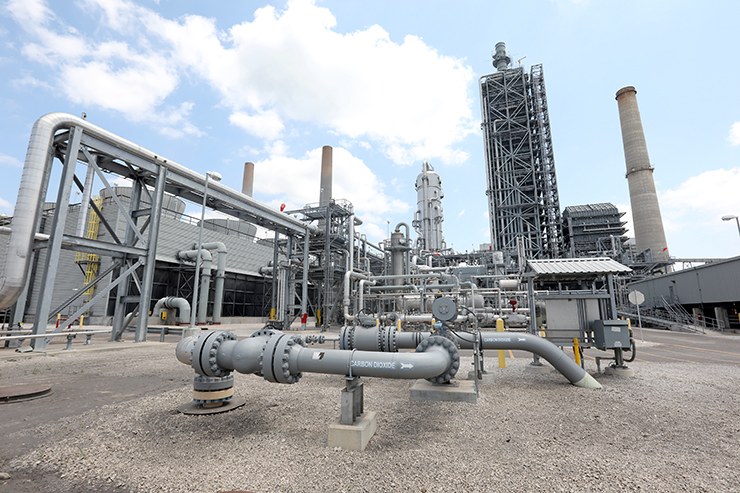 Petra Nova carbon capture, usage and storage (CCUS) facility at NRG Power Plant in Richmond, Texas, USA. CCUS is one of the technology areas where progress is falling short – Petra Nova is one of only two operating large-scale CCUS power projects in the world  © Trish Badger/Reuters

Energy-related CO2 emissions increased 1.4 per cent overall in 2017, reaching a historic high. This, unfortunately, was a resumption of increases after three years of remaining flat, with most major economies experiencing a rise (notable exceptions include the United States, the UK, Mexico and Japan). Even more daunting, the IEA estimates that under current levels of policy ambition, including the nationally determined contributions under the Paris Agreement, the world will see a continued rise in energy-related emissions until at least 2040.

Our world needs to be on a very different trajectory, one that sees emissions peak in the near term and ramp down substantially after that – a trajectory like the IEA’s Sustainable Development Scenario. The scenario is not only fully in line with meeting the Paris Agreement’s goals, it also satisfies two other critical Sustainable Development Goals (SDGs): achieving universal energy access by 2030 (SDG 7) and substantially reducing air pollution (SDG 3.9).

Long-term goals
Comparing our current trajectory to where we need to be can provide insights into what decision-makers need to focus on now in order to drive long-term clean-energy transitions. One such exercise is the IEA’s Tracking Clean Energy Progress, a new web portal that examines progress across a full range of technologies and sectors – their most recent deployment rates, investment levels and innovation needs.

We find that only four out of 38 technologies and sectors were on track in 2017 to do their part to help meet the Sustainable Development Scenario. Of these bright spots, the most notable was the terrific expansion of solar photovoltaic, which by itself accounted for almost 14 per cent of electricity-generation growth. Electric vehicles also continued their strong proliferation, with sales jumping 54 per cent and total stock passing the three million mark. LEDs are another shining example, quickly becoming the dominant lighting technology sold in the residential sector. In 2010, LEDs had a one per cent market share. In 2017 it was 33 per cent.

Unfortunately, the vast majority of technologies and sectors are not on track to meet long-term sustainability goals, with very little sign of progress on 11 of the 38. For example, the number of large-scale carbon capture, usage and storage power projects in operation remained only two at the end of 2017. This was after the first gas-fired power plant project was shelved just before its scheduled start of operations.

The buildings sector – responsible for a third of final energy demand – also remains off track, with progress in efficiency improvements in building envelopes largely untapped. Two thirds of countries today do not have mandatory building energy codes, meaning that more than 40 billion square metres – more than the building stock in the United States today – will be built without mandatory policy coverage over the coming decade.

Finally, biofuels represented only about three per cent of transport sector fuel in 2017, significantly lower than their potential at a time of strong oil demand growth.

Two technologies – onshore wind and energy storage – which were on track to do their part in 2016, were downgraded in 2017. For wind, we have witnessed two consecutive years of declines in grid-connected onshore capacity additions. For energy storage, while battery prices continue to fall – by 22 per cent in 2017 – new installations of utility-scale electricity storage (excluding pumped hydro) remained flat in 2017, at around 620 MWh. To achieve the Sustainable Development Scenario, 80 GW of overall storage capacity would need to be added by 2030.

On a brighter note, 2017 saw some good news on the innovation front. Our initial estimate shows that total public investment on low-carbon energy technology innovation rose 13 per cent, to more than $20 billion. Mission Innovation – an effort by 23 countries and the European Commission to double clean-energy innovation investment over five years – seems to be achieving results. On the private-sector part of the equation, innovation investment has seen around five per cent annual growth over the past five years. Further building upon these trends will require sustained government and private-sector leadership from countries, companies and investors around the world.

But it’s not enough to simply invest more in clean-energy innovation: it also matters on what and how. With this in mind, the IEA has identified 100 ‘innovation gaps’ that need further attention across all 38 key energy technologies and sectors. The gaps include, for example, the improvements needed for a wider range of storage technologies to become cost-effective, such as low-cobalt, low-lithium content batteries. We also need breakthrough cement production processes, small modular nuclear reactors, advanced geothermal systems and better vehicle materials, to name just a few.

In addition, the IEA is working intensively with countries around the world on the ‘how’, including a new effort in India to help channel global best practices to improve their clean-energy innovation ecosystem.

While countries and companies around the world are making some notable progress on clean-energy transitions, the task facing all of us remains enormous. The good news is that we are getting better at providing the needed data, rigorous analysis and real-world solutions – but so much more is necessary. The IEA will be actively doing its part to help.