Avoiding disasters by being prepared

In the ongoing battle to protect the world’s most vulnerable communities from the devastating effects of climate change,  risk management is a weapon that offers new hope 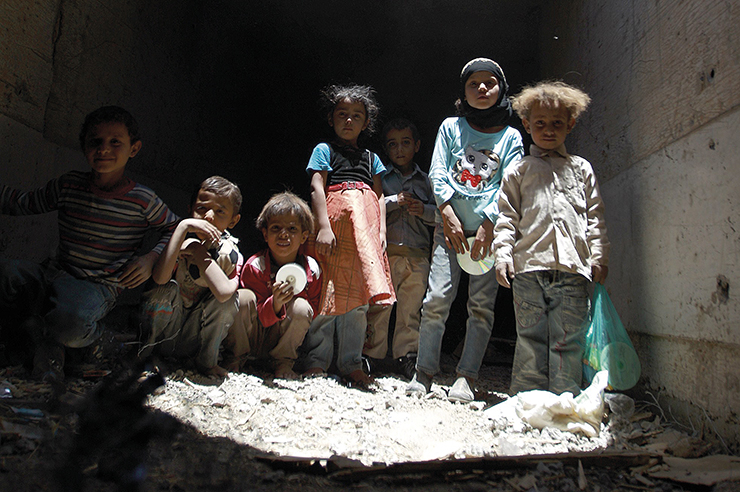 Avoiding disasters by being prepared

In the ongoing battle to protect the world’s most vulnerable communities from the devastating effects of climate change,  risk management is a weapon that offers new hope

As millions of people, from the Sahel to Central America, suffer the devastating impacts of climate-related natural disasters, it is clear that while climate change affects all of us, it has a disproportionately negative impact on the world’s most vulnerable people. While institutions in the developed world can access the resources and technologies to mitigate the extreme effects of climate change, many developing countries cannot.

To make good on the promise of the 2030 Agenda for Sustainable Development to leave no one behind, and to implement the COP21 climate change agreement and the Sendai Framework for Disaster Risk Reduction, we must collectively shift our lens to put disaster risk management at the forefront of our efforts, working across sectors and institutional boundaries to do so.

Climate change is already increasing the frequency, intensity and longevity of natural hazards, evidenced by more chronic droughts, extreme storms, floods and deadly heatwaves. These hazards trigger water scarcity, plummeting crop yields and reduced pasture availability, causing food insecurity to spike. To use a current example, climate change has intensified the effects of this year’s El Niño, putting a staggering 60 million people at risk globally, the bulk of them in eastern and southern Africa, which are experiencing their worst droughts in decades.

Climate change intensifies the susceptibility to risk of already vulnerable people, particularly those living in poverty and the socially marginalised. This vulnerability is rising at a time when the international humanitarian system is already severely overstretched: a record 130 million people are currently in need of humanitarian assistance. The likelihood of being displaced by a natural disaster is 60 per cent higher than it was four decades ago, with 26.4 million people displaced by climate-related disasters each year since 2008.

Climate change also compounds conflict drivers, by exacerbating poverty, hunger and instability, and increasing competition over scarce resources. Many of the most intractable crises we currently confront are complex crises combining violent conflict, climate change and other factors. These characteristics apply to the conflict in South Sudan, the spreading violence in the Lake Chad Basin, and the humanitarian crisis linked to conflict and drought in Yemen.

Risk analysis
While we cannot anticipate all crises, sophisticated modelling and risk analysis means we can anticipate many of them. According to INFORM, the open-source risk assessment tool, 62 of the 64 countries that launched one or more UN humanitarian appeals over the past decade were ranked among the 100 countries most at risk of crises.

To take the Sahel as an example: we can safely predict that, on average, six million children will be acutely malnourished and 20-25 million people will face severe food insecurity each year, much of it linked to climate change. However, such tools have yet to translate into better preparedness or early action at anywhere near the required scale.

We have a long way to go before risk management plays a central role in humanitarian action, but we are making progress. Several initiatives were launched at the World Humanitarian Summit in Istanbul in May 2016 on this front. Leaders committed to make better use of analysis to act early on risk, with over 50 organisations supporting the United Nations Development Programme-led risk analysis platform, which convenes risk experts from all fields to synthesise their analysis. Such approaches will underpin implementation of the Sendai framework, which focuses on multi-hazard risk management, moving away from reactive disaster management.

Preparedness
When it comes to preparedness, the World Humanitarian Summit saw the launch of an exciting initiative, the Global Partnership for Preparedness, by The Vulnerable Twenty Group of finance ministers, the UN and the World Bank, to help an initial set of 20 of the most at-risk countries achieve a minimum level of readiness for future shocks by 2020. Humanitarian organisations are well aware that preparedness is at the basis of effective response, and efforts to pre-position supplies, unleash prompt funding and set up partnerships in advance are growing in scale.

An interesting venture to watch on this front is the Connecting Business Initiative. This aims to strengthen national private-sector networks in high-risk locations to engage in risk reduction and preparedness, as well as response.

The summit also saw the launch of the Platform on Disaster Displacement, which recognises the growing threat of climate-induced displacement and the clear need for better protection for the millions who will be displaced by climate change-related hazards in years to come.

The platform builds on the Nansen Initiative, launched by Switzerland and Norway in 2012 to develop a better understanding of disaster-induced displacement. The findings of the Nansen Initiative were compiled into a Protection Agenda, which was endorsed by 109 states. The Platform on Disaster Displacement is now tasked with implementing the agenda, with regional champions leading the way.

As we move forward, three preconditions must underpin our efforts: collaboration, capacity-building and investment.

First, actors across multiple sectors – from governments, regional bodies, humanitarian and developments organisations, to scientists and the private sector – must set common vulnerability reduction outcomes and collaborate to meet them. The COP21 Paris Agreement unequivocally recognises that all countries must address the threat of climate change through the widest possible cooperation. A willingness to partner across sectors was also on display at the World Humanitarian Summit, where UN agencies agreed to a Commitment to Action, endorsed by the World Bank and International Organization for Migration, to implement a “new way of working” that meets people’s immediate humanitarian needs, while at the same time reducing risk and vulnerability over the longer term.

This partnership and cooperation must never come at the cost of the humanitarian principles of independence, neutrality and impartiality, which form the bedrock of all humanitarian action.

Second, the emphasis must be on reinforcing the capacity of national and local actors to prepare for and mitigate disasters, heralding a shift towards more national and locally-led responses. Significant commitments were made at the summit to invest in community resilience and first-line response, to strengthen national and regional capacities and diversify partnerships.

Third, these efforts will require increased investment, not only from donors and the private sector but also from affected governments and international financial instruments. Only with funding can analysis turn into prompt action. There is overwhelming evidence that preparedness is one of the most effective ways to help prevent people from ending up in crisis, yet from 2006 to 2010, only three per cent of official humanitarian aid was spent on disaster prevention and preparedness.  Both the proportion and the overall level  of investment must increase as a matter  of urgency.

UN agencies must lead the way in being prepared to respond to climate change-related hazards. In addition to supporting more effective coordination and communication, the Office for the Coordination of Humanitarian Affairs is investing in an emergency response preparedness approach to make sure the UN and our international partners understand and monitor risks and implement appropriate levels of preparedness to respond to them.

We must continue to build momentum on all of the above initiatives. Only through better anticipation, preparedness, risk mitigation and resilience can we ensure we leave no one behind, including the millions of people most at risk of life-threatening climate change.