Bridge to a cleaner energy future

Emerging economies, facing strong demand for energy, require a different approach to emissions - treating carbon dioxide as a commodity, not waste, will be the key 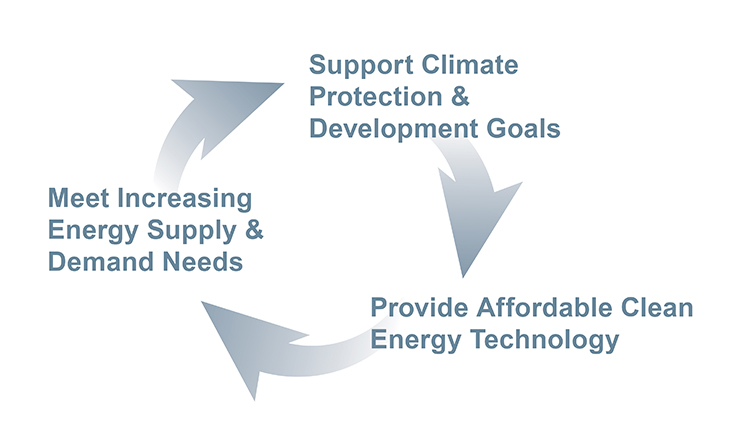 Bridge to a cleaner energy future

Emerging economies, facing strong demand for energy, require a different approach to emissions - treating carbon dioxide as a commodity, not waste, will be the key

When considering the options to cut CO2 emissions and meet the targets of the Paris Agreement, one solution may have slipped below the radar: using CO2 as a commercial commodity instead of treating it as waste. Technologies exist to do this today.

The solution is especially appealing to emerging economies, where the use of fossil fuels will continue, and likely increase, for decades – despite ambitious climate policies. One case in point is India. With 18% of the global population (1.3 billion people), India uses just 6% of the world’s primary energy, and some 240 million people still have no access to electricity.

Limited availability of energy is a major obstacle to India’s development. The government’s primary goal is to boost economic growth, which at the same time will increase energy consumption. The International Energy Agency (IEA) projects that India’s energy demand will more than double by 2040 (IEA, 2015).

But while per capita CO2 emissions are lower than those of China and significantly lower than the US, India is already the fourth largest carbon emitter.

How to try to meet energy needs while keeping CO2 in check? India plans to significantly increase renewable energy – for example, with the 100 GW solar power initiative by 2022, as announced at COP 21 in Paris (Government of India INDC 2015).

However, the pace of economic change is too fast for renewables to take over an energy system where three quarters of energy demand is met by fossil fuels and where coal is the backbone of the Indian power sector, accounting for over 70% of generation. Coal is abundant in the country, and cheap; the government will necessarily keep investing in this resource and it is expected that the share of coal in the primary energy mix will even increase between now and 2040 (IEA, 2015). Any climate and energy policy will have to consider that reality. This is where Carbon Capture, Utilisation and Storage (CCUS), today – and the reuse of carbon (CCU) at scale in the near future – come into play.

For example, one strategy has been developed to capture, utilise and store CO2, using oxygen combustion to capture CO2 from industrial facilities and power plants in order to inject it at high pressure into coal seams. This approach is a game-changer as it combines several attributes that support the effective and environmentally responsible use of fossil fuels (see schematic below).

Second, this oxy-combustion process produces both CO2 and nitrogen, which, when injected at high pressure (and permanently stored) in deep, unminable coal seams, significantly increases domestic gas production. The freed coal-bed methane (natural gas) is collected, sold and used, acting as an important bridge fuel in the transition to clean energy. (The process is referred to as Enhanced Coal-Bed Methane “ECBM” recovery, and has been field tested in the USA, Canada and China).

Third, the synergy of oxy-combustion, carbon capture and utilisation creates significant additional revenue streams. The greatest obstacle to date for the implementation of carbon capture technology at power plants has been the added capital expenditures and reduced operating efficiency, leading to higher electricity costs. Having a viable CBM/ECBM market available, where the captured CO2 as well as nitrogen can be sold to CBM/ECBM facilities, creates an immediate business case for oxy-combustion-based carbon capture at coal-fired power plants. Revenues from the sale of CO2, nitrogen and other by-products will offset the higher costs of operating power plants with carbon capture.

In addition, co-benefits of this advanced coal power plant operation are 95% reduction of CO2 emissions, air pollutant control (SOx, NOx, particulate matter and mercury removal), as well as heat recovery (which increases the efficiency of the process) and water recovery (a particularly valuable scarce resource in India).

The value of carbon capture and storage via ECBM technology has been recognised by the Indian National Science Academy (see interview with Dr Vikram Vishal).

As ECBM projects come into existence and expand, infrastructure and expertise will grow, enabling identification of the business opportunities that take advantage of proximity between the unminable coal seams and CO2 ‘source’ facilities. Some of these opportunities have already been identified for India in a recent study commissioned by JOC (ARI, 2015).

In essence, this is a sector where India can demonstrate leadership. India’s Nationally Determined Contribution (NDC) to the Paris Agreement calls for technological solutions and international collaboration on clean coal.

Furthermore, India is committed to reduce the carbon intensity of its GDP by 33-35% by 2030 from 2005 levels, a goal that is hard to reach without addressing fossil fuel emissions. But it’s not just India. The IEA says that 70% of all carbon capture and storage in 2050 will need to be in non-OECD countries, where energy demand is growing and fossil fuels remain an important resource.

Meanwhile, the fight against climate change is becoming a race against time. A recent report by the University of Washington shows that there is only a 5% chance of keeping global warming below 2°C by 2100.

As a complement to renewables and energy efficiency, CCUS and CCU offer an important bridge to a cleaner energy future, allowing us to be smarter about fossil fuels. Dr Vikram Vishal, Assistant Professor from the Indian Institute of Technology Bombay, was awarded the Indian National Science Academy Medal for Young Scientist 2017 and the National Award 2017 by the Indian Ministry of Earth Sciences. He received the awards for his research on CO2 capture and storage combined with methane recovery in coal beds.

What are the most innovative parts of your discovery? I generated underground conditions in the laboratory and replicated the movement of liquefied CO2 into the rocks. This enabled a significant advance in the understanding of carbon dioxide’s phase change behaviour in deep-seated reservoirs. The results have been used to model the CO2 storage capacity vis-à-vis enhanced gas recovery potential for selected Indian reservoirs. The models worked well to predict values of additional methane recovery. We are now ready for field-based trials in the prospective basins.

Where did your ideas come from? I grew up in an industrial city in India and was intrigued by the fate of black smoke emitted from the chimneys. I chose to study the storage of CO2, produced by large coal-fired power plants located in close proximity to the coal fields. I was primarily motivated to look for ways to improve our energy security, but was also looking to reduce the cost of CO2 storage.

What is the biggest obstacle to the take-up of this technology? The first is the need to build a more complete understanding of the geological uncertainties. Other challenges relate to training, better information on the capture and storage sites, the economics of the operation and improving social awareness. However, these challenges are all addressable. Site-specific studies and pilot projects should be explored. Support from the government, the involvement of the industry, international collaboration and more focused R&D will be instrumental to success. Encouragingly, India appears to be ready to work on these and is showing commitment to address climate change. 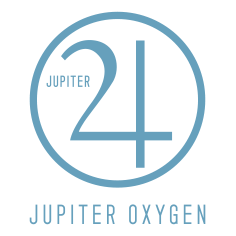 Jupiter Oxygen Corporation (JOC) is a US-based clean energy technology company that has developed technologies for industrial energy efficiency and cost-effective carbon capture from fossil fuel power plants. JOC has worked for a decade with experts from the National Energy Technology Laboratory of the US Department of Energy to develop clean fossil energy solutions, with a focus on retrofitting existing coal fired boilers.
www.jupiteroxygen.com/portal