Can China lead the way?

Infamous for its smog-filled cities and polluted groundwater, China is steadily acquiring a new reputation as a leader in green technology. What can China offer the world in the fight against climate change? 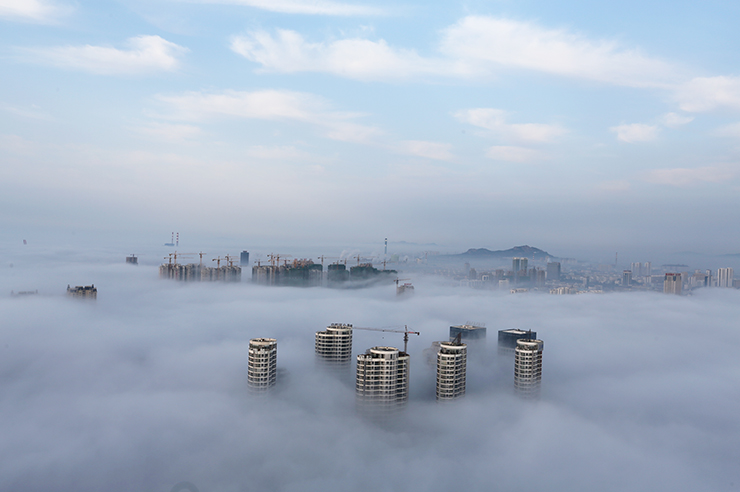 Rizhao, China. Poor air quality, which is responsible for over 700,000 deaths in China annually, is one of the factors behind the strong public support for climate action. © Reuters

Can China lead the way?

Infamous for its smog-filled cities and polluted groundwater, China is steadily acquiring a new reputation as a leader in green technology. What can China offer the world in the fight against climate change?

In the early 1990s, as countries started to talk about international collaboration on climate change action, China’s voice was weak and negative. China saw climate change as a political debate rather than a real global environmental problem. But with the involvement of experts from China in international research activities, the discussion about climate change within the Chinese government has since made significant strides.

Following the announcement in 2007 by then president Hu Jintao that China would make low-carbon economic development a national strategy, there has been a significant shift in the country’s climate-change policymaking. China has been quick to establish clear policy signals promoting low-carbon development.

For the first time, China made a quantitative commitment to cut greenhouse gas emissions, in the Copenhagen Agreement in 2009. A year later, China launched a low-carbon city programme involving 13 pilot cities and provinces. In 2011, it designed and launched a pilot emissions trading system (ETS) in seven cities and provinces, the largest ETS in the world.

Many national policies were rewritten to factor in new targets on energy conservation, renewable energy development, urban planning, public consumption and behavioural change. Whereas climate change action in China pre-2005 was driven by international negotiations, since then it has been domestic policy leading the way.

China has also suffered serious and widely publicised problems of poor air quality and related environmental damage. To improve air quality, China’s government launched a national action plan in 2012. Most measures to fight air pollution are consistent with a low-carbon economy, such as capping demand for coal or developing renewable energy.

In 2016, China was responsible for more than 40 per cent of the newly installed capacity for renewable energy in the world. Analysis shows that China should be able to improve on its commitments under the Paris Agreement, by peaking on CO2 emissions much earlier than 2030. By peaking on its coal consumption in 2014, China has contributed to limit global CO2 emissions and help the world on its way towards meeting the 2°C target.

With the onset of the ‘new normal’ of more moderate economic expansion, investment growth in traditional sectors will necessarily slow or even reverse. China will, of course, still need new investment. But that investment must be directed towards low-carbon technology-related sectors.

The public is increasingly concerned about the environment, and wants to see improvements. It is believed that global environmental issues may soon become the main concern of the Chinese public, overtaking worries about corruption. For decades, people’s lives have been seriously impacted by worsening air quality, water pollution and other environmental problems. Studies show that more than 700,000 people in China die each year due to air pollution alone. Improving the environment could significantly boost people’s quality of life. A healthy climate is also our golden mountain.

Leading by example
As a developing country, China’s experience in transitioning to a low-carbon economy will hopefully provide a blueprint for many other developing countries to emulate. China has made comprehensive low-carbon policies, taken measures in energy conservation, and invested in renewable energy development, electric car promotion, green transport and environmental-friendly urban design and planning.

China has rich experience in designing and using subsidies, energy and environmental standards, emission charges and the ETS, as well as in generating public engagement. Its development of climate change-related policymaking over the last two decades, and its involvement in international collaboration, offers a clear template for other developing countries to follow.

Over the last two decades, China learned almost everything on energy and climate change-related policy from developed countries. Likewise, developing countries that share similar circumstances could advise and share knowledge with each other as they make the transition to a low-carbon economy – though hopefully this won’t take 20 years.

The country’s momentum in transitioning to a low-carbon economy owes a lot to the strategy being linked with social development issues: promoting local economies, eliminating poverty, providing better access to energy, protecting biodiversity, increasing social inclusion, promoting gender equality, promoting the Sustainable Development Goals, and so on. China’s good (and bad) practices in these areas would make good case studies for other countries to look at.

China is also leading in areas such as renewable and nuclear energy development, electric cars, carbon capture and storage, shared bikes, and urban design and planning. Here, there are opportunities for China to work with developed countries – particularly as there are strong interdependencies between many of these countries and China.

China’s investment in research and development is increasing rapidly and is now second in the world. Historically, China’s researchers benefited greatly by joining research programmes in other countries. In the future, China could fund researchers from other countries – especially developing nations – to take part in its own climate change-related research.