Limiting global temperature rises will likely involve a mix of strategies and technologies. What part can carbon capture and storage play? 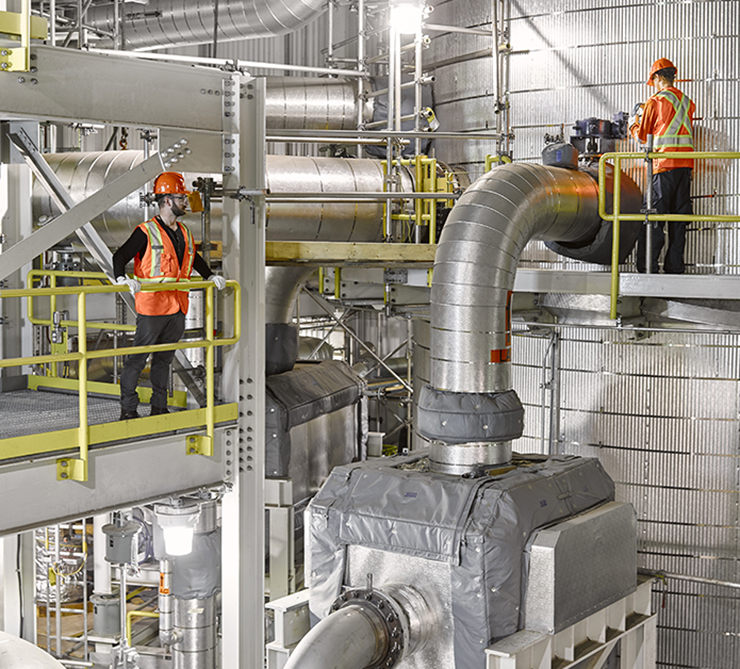 Limiting global temperature rises will likely involve a mix of strategies and technologies. What part can carbon capture and storage play?

Today we face the dual challenge of achieving both energy security and a positive climate outcome. Fossil fuels remain extensively distributed, easily recovered at low cost and enormous in their quantity. The latest report by the Intergovernmental Panel on Climate Change finds that carbon emissions from fossil fuels such as coal, oil and gas are rising to record levels. Indeed, the International Energy Agency (IEA) forecasts that despite the considerable support given to renewable energy over the past few decades and increasing energy efficiency, fossil fuels will still provide about 75 per cent of primary energy in 2040.

Yet to achieve a 2°C outcome we have to reach zero emissions in about the same time frame. Renewables are a vital part of the abatement and energy security story. While there is no doubting their importance, they are not the whole answer in the time frames we face.

Energy efficiency is a win-win element, but it cannot do all the work required either. While there are many who are convinced that renewables and energy efficiency are the best path to a low-emission world, we should test them against the data and predictions mentioned earlier. I find it hard to see a 2°C outcome with energy security at least cost by 2050 being achieved if we also limit the low-emission technologies that can be used.

The enormity of low-cost fossil fuels combined with predictions of growing energy demand for decades, especially in developing countries, means that we will need to apply a combination of technology and ingenuity to solve the climate challenge. I believe that this means carbon capture and storage – a technology that captures carbon dioxide from fossil fuel production and permanently stores it underground – is not an optional technology. It is mandatory.

First, CCS is the only technology capable of directly dealing with emissions from fossil-fuelled processes including power generation, cement manufacture, steel making and fertiliser production.

Second, all elements of the technology are currently deployed in a variety of industries, including gas production. These industries are able to use existing technologies that are already low cost and proven. Despite claims of it being too expensive, CCS is highly competitive with other near-zero-emission technology when comparing cost per tonne of CO2 avoided.

Third, in combination with the use of biofuels, CCS offers the most practical method of achieving net negative carbon emissions, an approach that is very likely to be needed to achieve 450 parts per million by 2050. In certain circumstances, carbon capture utilisation and storage (CCUS) may be able to deliver net carbon-negative oil.

Finally, what many don’t know is that this technology is active, operational and viable. The Global CCS Institute’s annual Global Status of CCS: 2014 report found there are now 22 projects in construction or operation worldwide, a 50 per cent increase since the beginning of the decade. The CCS industry is poised to move through its most active construction period to date, extending across a diverse range of sectors such as iron and steel, biofuel production, natural gas and electricity.

The world’s first example of CCS at full scale on a power station went live at SaskPower’s Boundary Dam facility in Canada in October 2014. Two more CCS projects in the power sector will come into operation in the next two years in the US. These are the Kemper County Energy Facility in Mississippi and the Petra Nova Carbon Capture Project near Houston, Texas. Western Australia will soon have one of the world’s largest CO2 storage projects at the Gorgon LNG project, with injection planned to commence in 2016.

In Europe, the UK leads with three significant CCS projects receiving funding to begin advanced engineering studies, including both the Peterhead CCS Project and the White Rose CCS Project. Most recently, the UK has progressed the Teesside Collective Project, which plans to harness emissions from industrial processing.

Until four years ago, China did not rate a mention in our annual report. In 2014, it became number two in the world, where the number of planned large-scale CCS projects rose to 11, up from six in 2011.

Ingenuity required
While there has been steady progress with CCS, particularly in the US, Canada, UK and China, ingenuity and deployment are needed if the technology is to become more affordable. Like any technology, costs are expected to reduce significantly as second-generation projects apply the learning and expertise from existing projects.

We are already seeing this in action, with CCS in the power sector gaining valuable design, construction and operational experience through ‘learning by doing’. Being a first-of-a-kind project, Boundary Dam’s operator, SaskPower, has stated that a capital cost reduction of up to 30 per cent is readily achievable for its next CCS project. The world’s power industry is taking a close interest, in particular to how the savings, commissioning procedures and standard operations can be applied to new projects elsewhere.

The IEA observes that by 2035 we will need thousands of CCS projects around the world to achieve our climate goals. Importantly, many of these will be in the non-power sector, or industrial processes. We regularly hear CCS and CCUS as being exclusively associated with power production from coal-fired generators.

But this is to understate the potential and necessity for CCS on a wider scope, particularly in steel production, fertilisers, cement manufacturing and refining, where CCS is the only practical application to deal with their greenhouse gas emissions. Such under-representation also extends to policy focus: there are virtually no CCS policies in the world that target industrial processes for specific support. This area offers big emission reduction opportunities and is characterised by having no alternative zero-emission fuel.

Supportive policy
Clearly the world needs many more countries engaging and actively pursuing CCS projects. The key missing ingredient is supportive policy. We have seen that determined and focused policies in many countries have resulted in investment in renewables over the past decade of some $2 trillion. At the same time, valuable but considerably less significant policies to support CCS have netted some $20 billion in investment.

Equitable policy treatment for low and zero-emission technologies is necessary to achieve climate change objectives at least cost. The UK is leading the way to a more equitable, market-based approach to low-carbon technologies. Its scheme of ‘contracts for difference’ in the electricity market supports renewables, CCS and nuclear. This approach leaves the technology choice up to individual private developers to identify the commercial opportunity based on a single contract for difference price. It avoids ‘picking winners’, allowing investors to make rational economic choices that deliver lower costs for the consumer.

With large-scale CCS power projects now a reality, an important milestone in deployment of the technology has been achieved. This means that it is time to move discussion onto how CCS can best be deployed as part of a least-cost approach to climate change mitigation. We can now move on from arguments about its ‘experimental’ nature or that it has not yet been applied at scale to fossil fuel power plants.

Carbon capture technologies have undergone significant development in the last decade and we now have large-scale CCS projects in operation and construction. It’s critical that CCS is acknowledged for its role in capturing carbon emissions. The right policy and funding mechanisms are needed to help CCS deliver a least-cost, clean-energy solution for climate change.

As we head towards the UN climate summit in Paris later this year, it will be necessary for all of us involved in low-emissions technologies to increase understanding and acceptance of the solutions we represent. We must especially arm those that negotiate agreements and determine national polices with the facts, analysis and conclusions that make the explicit inclusion of CCS and CCUS in energy policy and mitigation policy straightforward.

It is possible to solve the climate challenge. We already have the means. We now need to apply our ingenuity and ensure we use all the technologies we have available, including CCS, to enable them to service our energy needs practically  and affordably.