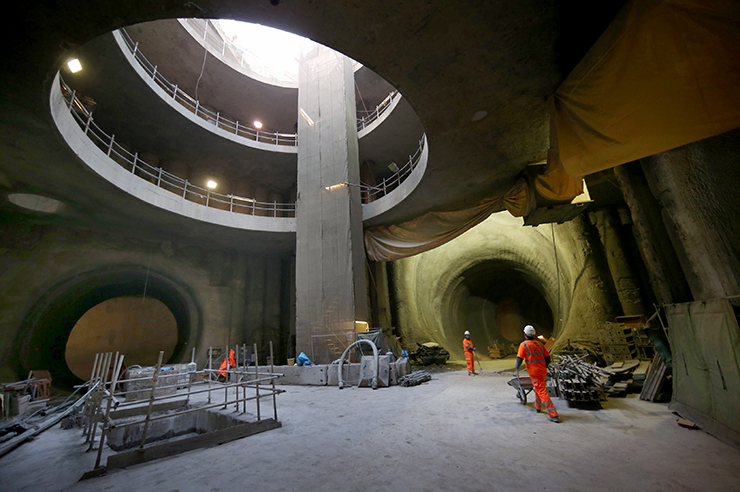 LONDON, ENGLAND – DECEMBER 08: A worker shifts dirt through the eastern ticket hall near Hannover Square on December 8, 2014 in London, England. Crossrail is Europes biggest infrastructure project. A total of 26 miles of train tunnels are being built beneath the streets of the capital by eight tunnelling machines. When complete in 2018, ten new stations in central and southeast London will increase the capitals rail capacity by 10 per cent and bring an extra 1.5 million people to within 45 minutes of central London. (Photo by Peter Macdiarmid/Getty Images)