Climate action for a sustainable world

In its scale and urgency, the task to limit global warming to well below 2°C is without precedent. It requires universal focus and massive resource mobilisation, which will demand action and interaction from everyone 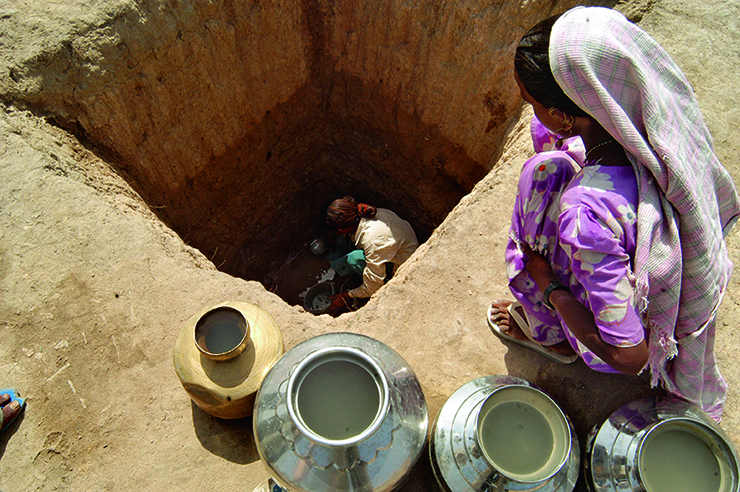 Climate action for a sustainable world

In its scale and urgency, the task to limit global warming to well below 2°C is without precedent. It requires universal focus and massive resource mobilisation, which will demand action and interaction from everyone

There is only one possible future for humanity and that is a sustainable one. In 2015, the global community converged on this integrated vision for the future and set in motion the pathways to an economic and social transformation to achieve it.

The vision is articulated through the Paris Climate Change Agreement, the 2030 Agenda for Sustainable Development and the Sendai Framework for Disaster Risk Reduction. The unity of purpose reflected in these momentous agreements will now need to leverage unprecedented scale and depth of universal action involving all actors at all levels in all regions of the world. The challenges will be enormous but the rewards of success will be even greater.

The plan requires a profound structural transformation that places at its very heart low-carbon economies and societies which are resilient to climate change.
Over the next 15 years, the objectives of these agreements – linking climate, sustainability and resilience – must see unprecedented reductions in global greenhouse gas emissions and unequalled efforts to build societies that can resist rising climate impacts. The current rate of progress will not deliver success.

A priority requirement is a much more rapid and fundamental shift in the global patterns and incentives of investment away from unsustainable power generation, infrastructure, pollution and waste. All action to address climate change is an inseparable and integrated part of the whole plan and the leadership and commitment of all governments remains central to success.

Climate action contributes directly to the greater human wellbeing that is captured in the 17 Sustainable Development Goals. It protects lives and livelihoods, improves public health, creates new industries and sustainable farming, cuts costs for governments, business and citizens and opens up new avenues of profitable investing.

Climate action is also absolutely necessary to avoid the existential crises that unchecked climate change would present to humanity. Greenhouse gas concentrations continue to rise in the atmosphere and global temperatures break record highs by the month.

To limit global warming to well below 2°C and as close to 1.5°C as possible to prevent dangerous tipping points in the climate system, global emissions must peak soon and be driven down drastically thereafter. A balance must be achieved in the second half of this century between global emissions and removals through sequestration into ecosystems or through other means.

The generations alive right now are at a unique crossroads. We are the first who can end poverty but the last who can act to avoid the dangerous climate change that could undermine the universal wellbeing that lies within our grasp.

Government leadership a foundation of future success
Success will undoubtedly require political leadership and momentum from the highest levels, but supported by a clearly presented and growing public understanding of the enormous social, health and economic benefits that will accrue to citizens everywhere.

Technological developments and smart finance are moving ever more rapidly towards theses transformational goals, but nowhere near fast enough.

The power to shift all this into higher gear still rests firmly with governments, both individually and collectively. Key to the transformation will be the way national governments integrate climate action and implementation of the sustainable development and risk management goals across sectors and ministries.

More climate-friendly, coordinated laws, policies and incentives are needed. All forms of unequal treatment favouring old growth and development models based on fossil fuels and high-carbon lifestyles and aspirations must be removed soon.

But while the transformation demands new technologies and redirected investment, it does not require an entirely new way of human interaction, only closer and deeper cooperation between the levers of change – namely governments working hand in glove with cities, regions, business and investors.

Meanwhile, the well-understood economic incentives of risk and return and social goals of equity and justice remain completely relevant and deployable in the race to a low-carbon, resilient future.

Opening up the private-sector appetite to fund the transformation directly is essential. Tens of trillions of dollars sit in banks and on corporate balance sheets at low, zero, even negative, interest rates looking for bankable projects with real returns if the right incentives, sureties and certainties are provided by national governments, supported by the international community and its multilateral lenders.

Paris climate plans and support structures offer platform to faster progress
One of the most significant outcomes of Paris was that governments publicly accepted responsibility to lead climate action. They presented a global set of national plans to take immediate action, pledging never to lower efforts over time and, whenever possible, to raise ambition. They agreed to complete in good time the details of a transparent global regime, which will account for, review and underpin greater action by all sides. And they agreed to complete but also to strengthen adequate technology and financial support to nations, including the poorest and most vulnerable, so all countries can build their own clean energy, sustainable futures.

Because well-planned and supported climate action in its many forms almost always speeds up advances in sustainability and resilience, these plans have a multiplier effect for faster progress across the board.

To reach its full potential, governments will now engineer the ambitious design of the Paris Agreement into a well-oiled machine of these fully functioning working parts capable of accelerating climate action to meet the agreement’s stated aims and goals.

Essential for international institutions to focus  and prioritise
Meanwhile, continued success under the UN climate regime will both strengthen and be strengthened by the other country-level initiatives across the global development, environmental, disaster risk, human rights and peace agendas.

Without decisive climate action all these other goals will be difficult if not impossible to achieve, but without serious and significant progress on development, environment disaster management, human rights and peace, combating climate change and building resilience will become harder and less certain.

This unified development agenda is therefore the core agenda for governments under the United Nations and the prime focus for UN agencies and other multilateral institutions which assist. No single process or agency can possibly adopt, or try to adopt, all aspects of the solution under its wing.

Leadership responsibility for different aspects of progress will be coordinated by those organisations best placed in resources and skills to effect change. Credit for progress will flow to the entire organisation rather than to its individual parts.

The will and knowledge to succeed
Achieving the aims and ambitions of the Paris Agreement is not a given. The world needs to understand the urgency and complexity of what the international community has embarked upon.

This is a multi-decadal effort to turn around two centuries of development based on fossil fuels and the mining of nature-based resources into an all-embracing sustainable path for every nation, man, woman and child.

But I am confident that world leaders and the enormous groundswell of support from cities, companies, investors and citizens can propel ambition further and faster in support of our shared vision of a climate-secure and sustainable future.