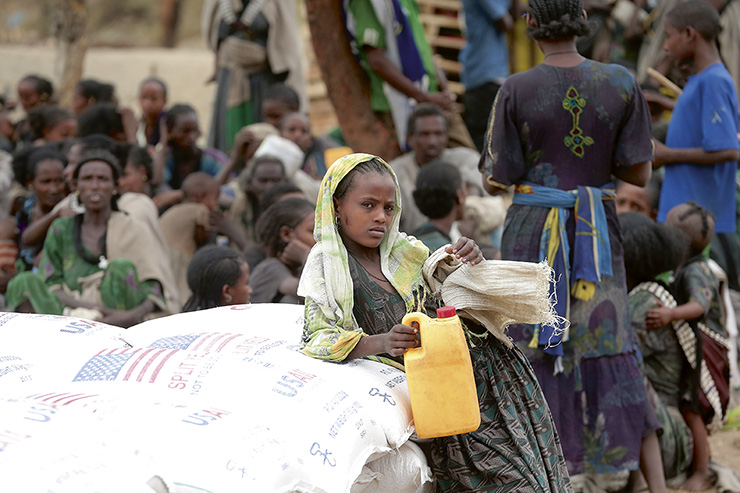 Climate change, that is to say, man-made global warming, is accepted as a scientific fact by near enough everyone – except those who want nothing to do with man’s sustainable development.

Its direct consequences will have a devastating impact on children’s lives: it is forecast that by 2050 it will have increased the number of children suffering from malnutrition to 24 million.

Preventable diseases like malaria and conditions like diarrhoea, which are among those that cause a high number of child deaths, will increase exponentially due to the deadly triad of drought-flood-heatwave.

At the moment, the El Niño climate phenomenon, one of the most destructive recorded to date, is putting the lives of 26.5 million children in eastern and southern Africa at risk. These children are at serious risk of suffering high levels of malnutrition, disease and water shortage. The effects of El Niño have also affected education: in Ethiopia, 1.2 million children have had to stop going to school because their schools are closed.

That’s why at Save the Children we are working to curb the effects of climate change on children. We know that when two rainy seasons disappear in Ethiopia, the effect on children is catastrophic. With no harvest, there is no food for families or grain for livestock. Without livestock, without grain and without drinking water, life for almost 6 million Ethiopian children is an enormous challenge at the moment.

Another consequence of climate change that faces children are natural disasters. From 1990 to 2000, directly due to disasters related to extreme, foreseeable weather conditions, around 300,000 children died.

The improvement of children’s living conditions by 2030 (the year in which the 17 Sustainable Development Goal targets should be achieved) requires us to think in terms of climate change. It is the biggest real and direct threat to children that exists at the moment. It knows no borders and mainly affects children from the poorest areas of the planet, but also the children of developed and prosperous areas.

We know how to fight malnutrition, malaria and diarrhoea, but climate change is a much more complex task. The ozone layer, the frozen surface of the Arctic and the global average temperature are issues that generally lie outside the daily tasks of childrens’ charity organisations.

But, despite this, at Save the Children we are perfectly aware that, if we don’t act immediately, in a coordinated, convincing manner, climate change will be responsible for, slowly but implacably, reversing the achievements of the last 30 years in the reduction of child mortality.