Zero net global greenhouse gas emissions must become a reality before the end of the century if humankind is to stave off the worst effects of climate change. How can this be achieved? 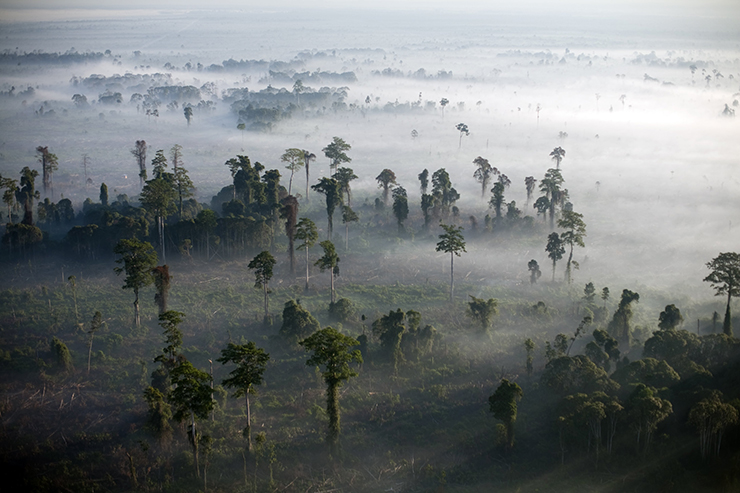 Zero net global greenhouse gas emissions must become a reality before the end of the century if humankind is to stave off the worst effects of climate change. How can this be achieved?

This is a big year for embarking on transformational change towards a sustainable future for planet Earth. Three major global events are taking place, on financing and investments in Addis Ababa, sustainable development in New York and climate mitigation in Paris.

Energy futures are a major challenge on the way forward. In September the UN General Assembly in New York will focus on the Sustainable Development Goals (SDGs), which emphasise an enabling environment and economy for human development.

According to Kandeh Yumkella, Special Representative of the UN Secretary-General for Sustainable Energy for All (SE4All), the proposed SDG 7 on energy (‘Ensure access to affordable, reliable, sustainable and modern energy for all’) is “the golden thread that links poverty eradication, equitable economic growth and a healthy environment”.

SE4All calls for universal access to energy services, doubling the rate of energy intensity improvement and doubling the share of renewable energy, all by 2030. These goals are based on the Global Energy Assessment (GEA), coordinated by the International Institute for Applied Systems Analysis (IIASA) and the result of five years’ work by 500 experts worldwide.

The world is also going to have to introduce a workable, implementable scheme to stave off the possibility of runaway climate change, one with the objective of keeping the average global surface temperature increase to within 2°C over the pre-industrial average. It’s doable, but requires a high level of ambition to achieve immediate and vigorous emissions reductions.

The UN Climate Change Conference in Paris in December 2015 is aiming for – and will hopefully get – a climate agreement based on the 2°C limit that will be legally binding on every nation. To come near to achieving this target will require addressing energy systems, which is central to greenhouse gas emissions mitigation – 80 per cent of global energy is derived from fossil fuels. Limiting emissions will involve a major transformation of energy systems toward full decarbonisation.

Stabilisation scenarios
But we need to move urgently. IIASA research has shown that to meet the 2°C target and avoid dangerous climate change, emissions will need to peak by 2020. By 2050, they will have to be reduced by 30 to 70 per cent compared to today’s levels, and then they will need to go down to zero well before the end of the century.

The reason is that the amount of carbon that can be emitted in the future is limited if we are to restrict climate change to any given level. For example, to meet the 2°C target, humanity has a total carbon budget of some thousand billion tons of carbon dioxide.

This budget needs to be allocated along possible emissions pathways, which explains the need for achieving a peak as soon as possible followed by a decline to zero emissions. Should the emissions peak be late or decline rate too slow, humanity is likely to exceed the cumulative carbon budget. If this occurs, negative emissions would be required: namely, carbon removal from the atmosphere, so that excess emissions are offset rendering stabilisation at 2°C possible despite an emissions overshoot.

The question is how could this be done. In stabilisation scenarios, the negative emissions are achieved, for instance, by combining combustion of sustainable sources of biomass with carbon capture and storage (CCS). Both technologies are difficult from the current perspective and would require further development and vigorous deployment to reduce the costs and improve their performance.
CCS will presumably be developed anyway to decarbonise fossil fuels in those parts of the world where a transformation toward renewable, and possibly also nuclear, energy is delayed.

So we can decarbonise fossil fuels or switch to a higher percentage of carbon-free energy sources, such as many forms of renewable energy, to reduce and eventually eliminate emissions. What else can we do? GEA findings show that emissions could be reduced by up to half by efficiency improvements in energy, especially in end-use. This means looking at reducing emissions from areas such as transport, buildings, heating and cooling, urbanisation and electric appliances. It means changing mindsets, getting people and policymakers engaged in the emissions-reduction process.

Not all emissions come from sources that are judged to be a sign of development. In many developing countries, cooking over smoky fires burning traditional biomass (or coal) causes small particle pollution that adversely affects the health of women and children. IIASA research is analysing how to introduce clean modern energy for cooking to millions of people and to cut indoor and outdoor pollution from these sources.

Improving air quality in cities with ground-level ozone, or smog (which results from chemical reactions between polluting compounds in the presence of sunlight), has clear synergies for human health, reducing cardiac, pulmonary and other diseases. It can increase human capital, too. One line of IIASA research shows that implementing a stringent climate policy could reduce globally aggregated lives lost due to indoor and regional air pollution by up to four million.

Sectoral interdependencies with respect to emissions are increasing. For example, reducing carbon and particle emissions to keep climate change in check has enormous implications for the food and water supply. Staggering amounts of water are needed to grow food but are also needed for sustaining energy systems. The productivity of land areas depends on climate and soil conditions. California is entering its fourth year of severe drought, raising concerns for agriculture and wildlife. Unsustainable water use in the state is draining aquifers containing ancient water that will take centuries to replenish.

All water systems – not simply those in traditionally arid or developing areas – are vulnerable to the changing climate. Reducing water use immediately reduces demand for electricity, as well as the fuels required to generate electricity. Water is needed to grow crops for biofuels, but fuel transport costs can be reduced by co-locating biofuel cultivation close to the communities that use them – another IIASA research result.

Water can also produce plenty of hydroelectricity. Renewable energy technologies can be utilised to provide heat and electricity needs for water desalination. Water and energy use have almost boundless synergies and have to be analysed from an integrated perspective, which is why at IIASA examining the energy-water nexus is such a priority.

The result would be energy systems that are more resilient and simultaneously have a higher degree of sovereignty, especially compared to those so reliant on imports of fossil energy commodities, such as North America, Europe, Japan and, increasingly, China.

The international community has also woken up to the significance of climate-relevant emissions from deforestation and land degradation. The UN’s REDD+ initiative (reducing emissions from deforestation and forest degradation) is one of the more promising areas of agreement in global climate negotiations. Felling a tree always releases carbon, stored over its lifetime in its roots, leaves and branches. Large-scale deforestation therefore is a major contributor to carbon emissions. Nitrogen emissions from agriculture, wastewater management and industrial processes are also produced by human activities and need to be mitigated.

These are complex problems and huge investments are needed to solve the energy challenges society faces today. The ostensibly single aim of reducing emissions will, in fact, require a multiple paradigm shift affecting every domain simultaneously. There are many golden threads, and they are very entangled.

To fund the transformation to sustainable energy services for all, including the three billion ‘left behind’ without access and living at or below the poverty line, the Third International Conference on Financing for Development in Addis Ababa in July will need to dig very deep into its collective pockets. To transform the global energy system, the volume of investment will have to almost double over the next three to five decades, from about $1.3 trillion to some $2.5 trillion.

The money is available. Insurance and pension funds control $50 trillion. Governments can help catalyse other kinds of private investment by providing research and development and early deployment, and by helping to de-risk investment. The cost savings of these climate policy synergies are potentially enormous: $100-600 billion annually by 2030 in reduced pollution control and energy security expenditures (0.1-0.7 % of GDP) could be achieved by combining climate mitigation with combating air pollution rather than pursuing the two goals independently.

For emission reductions to be successful, these practical and financial considerations will need to be supported by a new ethical awareness that will temper our relationship with each other and our planet. Sustainability in every aspect of human life means a shift to equity and inclusion.

With the fast-growing population and the need for universal development, the requirement to control emissions is extremely urgent. The golden thread described by Yumkella with respect to the energy sustainable development goal encompasses the notions of both opportunity and fragility, but it binds us all.