It is relatively straightforward for a company to cut its own emissions. But to achieve the 1.5°C target, firms will have to look at their whole value chain 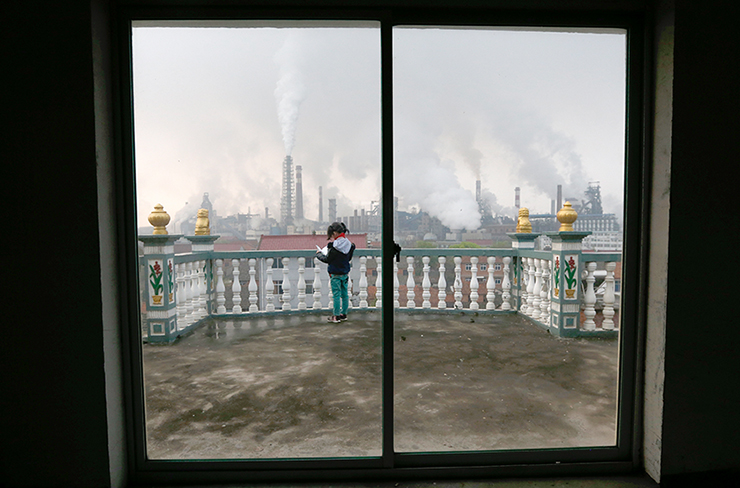 A steel plant in Quzhou, China. The importance of scope 3 emissions is accentuated by the trend among richer countries to ‘outsource’ high-emission manufacturing to developing countries  © William Hong/Reuters

It is relatively straightforward for a company to cut its own emissions. But to achieve the 1.5°C target, firms will have to look at their whole value chain

By Sally Uren , Chief Executive, Forum for the Future

At the beginning of 2018, environmental disclosure experts CDP reported that the number of organisations requesting supply-chain data had gone up by more than 15 per cent in just one year. In total, 115 organisations – with a combined annual spend of more than $3.3 trillion – are now requesting data from over 11,500 suppliers. It’s a trend that will likely continue.

Why? Because in most sectors, direct carbon emissions from an organisation’s operations are dwarfed by carbon emissions relating to the production, processing and transportation of products and services in its supply chain. These so-called scope 3 emissions – which also include upstream emissions – are on average four times higher than a company’s direct emissions, and up to seven times higher for retailers and consumer-facing businesses.

At the same time, the science surrounding climate change has never been starker. Readers do not need reminding that in October 2018, the Intergovernmental Panel on Climate Change released a special report calling for “rapid, far-reaching and unprecedented changes” to give us any hope of limiting global warming to below 1.5°C and avoiding long-lasting or irreversible damage. Just half a degree warmer, and the risks of severe floods, droughts and extreme heat will worsen significantly, while hundreds of millions of people will face living in climate-related poverty.

Taking urgent action to combat climate change and its impacts is one of the Sustainable Development Goals agreed by world leaders in 2015: Goal 13. But, based on current measures, we are heading for a 3°C rise and the very real threat of runaway climate change by the end of the century. If ever there was a time for action, it’s now.

Understanding, managing and, ultimately, significantly reducing scope 3 emissions has never been more important. The Science-Based Targets initiative – a UN-business-civil society collaboration that helps businesses develop and approve carbon targets – requires companies to set scope 3 targets if these emissions account for 40 per cent or more of the total, which they often do.

The case for action
If climate science, customer pressure, or simply the fact that this is the right thing to do for future generations are not sufficiently compelling arguments for a company to take action, then the case for business continuity just might be. Much of the climate-change risk to a business is linked directly to the impact that climate change will have downstream on its supply chain – and these impacts are being exacerbated by scope 3 emissions. These are emissions that a business might not directly control, but very definitely has influence over.

The imperative to understand scope 3 supply-chain carbon emissions is therefore clear. So, how does a business go about tackling these emissions, which in some supply chains span multiple tiers?

The good news is that there is an abundance of guidance available for businesses from a wide range of sources. These include The Climate Group, Carbon Trust and CDP, as well as the World Resources Institute, which co-authored the Greenhouse Gas Protocol’s Corporate Value Chain (Scope 3) Accounting and Reporting Standard.

Some sustainable business leaders provide useful case studies, too, having been busy measuring and managing their supply chain emissions for over a decade – in some cases longer. Both BT and Dell, for example, are using CDP data to help meet ambitious emissions targets. BT is aiming to cut supply- chain emissions by 29 per cent by 2030, while 84 per cent of Dell’s direct suppliers (against a target of 95 per cent by 2020) now have greenhouse gas (GHG) emissions reduction targets and publicly report their emissions inventory.

In essence, there are four steps any business should follow:

When it comes to setting targets, Forum for the Future’s strong advice to our partners is to adopt net positive or restorative targets. With only three years left of emissions at current levels if we want a 66 per cent chance of remaining below 1.5°C, the science calls for companies to commit to immediate and complete decarbonisation, including across their full value chain.

This means redefining the purpose and intent of a corporate carbon target – with the balance between ‘what’s achievable?’ and ‘what’s required?’ swinging heavily towards the latter. We might even see companies set deliberately ‘impossible’ targets as a call to arms (with the very ‘impossibility’ of the target being used to drive broader change).

As well as reducing emissions, such projects can also build climate resilience within a company’s supply chain and help restore vital ecosystems on which the suppliers depend.

Coffee firm Nespresso, for example, has committed to planting 10 million trees among its suppliers’ farms and surrounding ecosystems by 2020. Hotel group Accor has invested in several water-saving and agriculture projects affecting its own supply chains to reflect the company’s huge reliance on water and food.

Beyond target-setting and off/insetting, there is a plethora of other practical ways for businesses to help cut carbon across their supply chains. These range from increasing recycling to switching to renewable energy, or from reducing the weight of packaging to swapping transport modes from air to ship.

The sky’s the limit when it comes to creative and imaginative ways to encourage suppliers to act. In the case of Walmart, for example, it is the sheer audacious scale of its Project Gigaton that has garnered so much attention. Through the initiative, the US retail giant is aiming to avoid one billion metric tons of GHGs from its global value chain by 2030. Since starting last year, the project has already seen hundreds of Walmart suppliers commit to reducing emissions.

Finally, working with suppliers to reduce carbon emissions is not only good news for the planet and bottom line. Working in partnership with suppliers can also build trust and relationships, bring greater transparency to supply-chain activities, and boost innovation.

Tackling climate change is too big a challenge for one organisation to fix alone. Radical carbon reduction throughout supply chains is an absolute necessity: all businesses need to work proactively with key suppliers to cut scope 3 emissions. The guidance is plentiful, and the benefits are well documented. Start now.