Switching our energy use from fossil fuels to renewables will require a fundamental upgrade to the infrastructure that distributes and stores power. How are countries making progress? 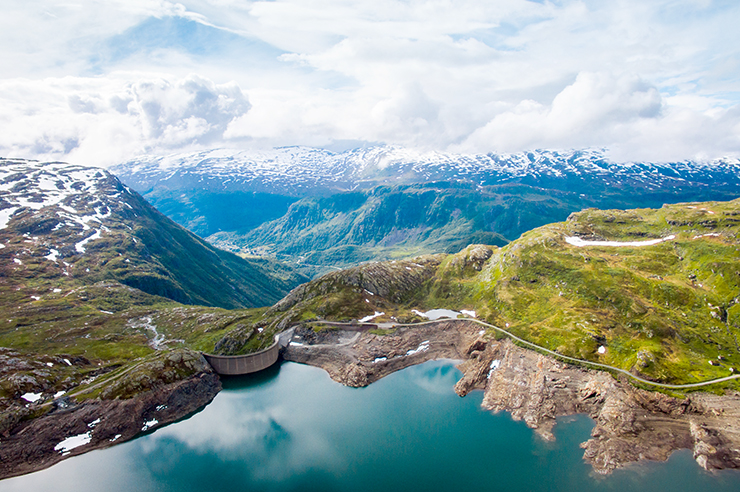 Votna, one of a series of man-made lakes feeding a hydroelectric power station in Hordaland county, Norway. Improved connectivity between countries will allow other parts of Europe to store energy in the Nordic reservoirs, mitigating the variability of their own renewable sources.  © 2016 Morten Falch Sortland

Switching our energy use from fossil fuels to renewables will require a fundamental upgrade to the infrastructure that distributes and stores power. How are countries making progress?

The power sector is the largest emitter of CO2 today, with emissions projected to increase rapidly unless we take swift action. In the International Energy Agency’s (IEA’s) base case scenario (which takes into account existing energy and climate commitments, including those in the Paris Agreement), electricity demand more than doubles between 2015 and 2060, with CO2 emissions reaching 15 billion tons per year from power generation.

Another IEA scenario, compatible with the Paris COP21 (the 2015 UN climate conference) ambition of limiting the temperature increase to less than 2°C, sees the power sector reaching net-zero emissions by 2060.

The ingredients in reaching such an unprecedented transformation include: a profound change in the power generation primary mix (from fossil fuels to renewables and carbon capture and storage, or CCS); a similar shift in energy demand management; an expansion and upgrading of electricity grids; and an accelerated deployment of storage.

Since the beginning of the decade, political support and technological progress have combined to accelerate the pace of decarbonisation of power generation. This has led to some spectacular results. In 2016, generators across the globe set a new record, adding 161 GW of electrical capacity through new renewable sources.1

In Germany, on one day, the share of electricity supplied by renewable sources reached 87 per cent. A handful of countries – including Paraguay and Iceland – have already reached the holy grail of 100 per cent. But despite these encouraging examples, sadly most countries today do not have such potential for renewable energy generation.

For most, the pace of transition is not rapid enough. The question, then, is whether 100 per cent low-carbon power generation is achievable in the near future. And, given the intermittent nature of renewable sources, what increasing role will energy storage have to play?

Today, worldwide energy storage stands at 150 GW of ‘pumped hydro’ (energy stored by pumping water uphill), and only about 1 GW of all other storage technologies combined. In the 2°C scenario, total storage needs to triple, and there are few expansion possibilities for hydro. The focus instead will be on smaller-scale, modular technologies like batteries that can be deployed anywhere in the power system.

Battery cost-cutting will be an essential factor, as today’s cost ($300 per kWh) will need to decline by a factor of four by 2050 to make the scenario viable. The current generation of batteries uses lithium-ion chemistry. For electric vehicles, the most common type of battery uses nickel and manganese with cobalt or aluminium.

There are concerns about the short-term availability of lithium for such a fast-growth market. Other metals will also experience similar demand growth issues – cobalt, for example, for which two thirds of the current supply comes from a single country, the Democratic Republic of Congo.

To help ensure battery costs can indeed fall over the longer term, other technologies are being tested to potentially replace lithium, such as sodium sulphur and flow batteries. Another strategy is reusing end-of-life batteries, such as those from electric vehicles, to provide ancillary services to electricity networks.

The flow of power
Today, the installed infrastructure of electricity networks spans more than 50 million km. Traditionally, the flow of power has been monodirectional, from large production plants to consumers. With more and more end users now able to generate their own power (for example through solar panels), high and mid-voltage electricity networks are being transformed to include more distributed generation (where power is generated where it is used) and interconnectors.

Globally, electricity networks represent 40 per cent of the investment in electricity generation, transmission and distribution, at $280 billion per year. By 2060, the planet will need network size to increase by 75 per cent, with a much greater emphasis on flexibility and interconnection.

Network expansion
Another fundamental change that needs to occur is in the regional expansion of power networks. Until now, power grids have been viewed mostly as national investments, with little consideration for inter-country connections. This is now changing. In Europe, the European Commission has stepped up its regional interconnection ambitions, with plans to invest up to €140 billion by 2020 through so-called projects of common interest. These include high-voltage DC (HVDC) transmission or connection projects.

The worldwide capacity of HVDC transmission links and interconnectors amounts to about 250 GW (roughly the generation capacity of France and Italy combined). This capacity needs to expand by a third by 2020 – and double by 2025 – if we are to meet the 2°C scenario. The prime reason for this expansion is to accommodate an order of magnitude increase of variable renewable energy between now and 2060. That could represent a significant shift in power transmission technology.

Today, alternating current (AC) is the preferred global platform for homes and businesses. For medium to long-distance transmission (above 600 km), HVDC is preferred to HVAC transmission. For interconnection, synchronising different AC systems can be complex, due to the voltage and frequency requirements.

Therefore, HVDC is increasingly used to connect large AC systems, such as in South America and in Nordic/Baltic Europe.

Systems of the future
A final pillar of electricity infrastructure in a low-carbon energy system is active demand-side management, through the suite of digital technologies covered by smart grids. The architecture of the electricity system of the future requires interoperability and solutions such as adapted business models that make the system flexible.

Grids of tomorrow need to be able to cope with variable (solar, wind) and inflexible (nuclear, gas with CCS) supply, as well as flexibility on the demand side due to distributed generation. The renewable energy future won’t just include new equipment – new types of storage, heat pumps, and so on – it must also factor in new behaviour from consumers.

The IEA has created a thematic network (IEA DSM Technology Collaboration Programme) with the purpose of developing and promoting tools and information on demand-side management and energy efficiency.

Among the 25 Tasks that have been defined by the IEA DSM, behavioural change occupies an important place. DSM policies and energy efficiency’s uptake are not only dictated by technologies and policies, but also by behavioural and societal drivers and barriers.

The IEA DSM, starting with the consideration that the human need for the services derived from energy and behavioural interventions are both important, has developed a different behavioural change framework, including collective impact approach and storytelling as overarching methodologies.

Capturing the full benefits of energy storage require further development of market and regulatory frameworks. A particular focus should be made on the integration of storage systems with existing grid infrastructure or with on-site power generation. Demand side management, including behavioural aspects, data analytics and resiliency are all necessary ingredients for a successful implementation.