The Volkswagen emissions scandal revealed cynical fraud on a shocking scale. How was this allowed to happen, and what can be done to stop other industries  from flouting environmental rules in pursuit of profit? 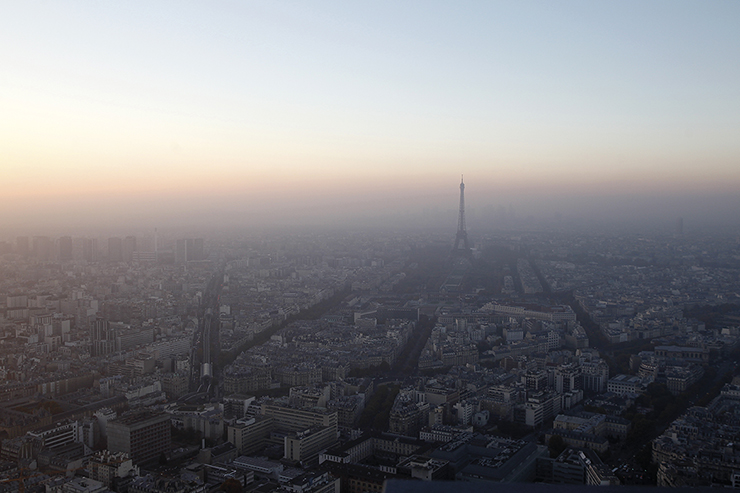 The Volkswagen emissions scandal revealed cynical fraud on a shocking scale. How was this allowed to happen, and what can be done to stop other industries  from flouting environmental rules in pursuit of profit?

One day, when people look back at the history of national laws and regulations and international treaties, the story they will read will focus on the big transformations and changes that occurred: the Clean Air Act, clean water regulations, a global climate change agreement.

What probably won’t be in the history books is the detail of the measurement, reporting and verification systems at the heart of the same laws and treaties – core components that determine whether those laws and treaties were a success or a failure.

Often written or negotiated by a small group of experts due to the complexity of the issues involved, these detailed provisions are a key factor in whether the public, in the end, is protected from pollution or not. You don’t need to look very far to find a clear example of this in recent history: Dieselgate – the Volkswagen (VW) deception that endangered the health of millions of people. How could such deception be possible and what do we have to do in the automobile sector, among others, to prevent this from happening again?

The problem
When one reads the literature and the reporting on the VW scandal there are a few key problems that rise to the top. The International Council on Clean Transportation, an instrumental institution in documenting and exposing the problem, and Transport & Environment, an expert NGO on these issues, have published widely on the matter. In summary, what they find is that a mixture of loopholes and corporate cheating allowed this breach to occur.

The combination of the lack of independent testing and verification, the lack of a clear and strong enforcement authority, and mixed signals on how high penalties could be, were major factors in the VW scandal.

Indeed, the independence of monitoring agencies from industry is a crucial element in the story. In Europe, automobile manufacturers can choose their approval agencies, which are paid for their services by the industry itself.

Recently, Greenpeace Germany published a report called Schwarzbuch Autolobby (or Black Book: Car Lobby), which clearly outlined the deep connections between the German automobile industry and the German government. Ministers and officials at both the state and national level are effectively in a ‘revolving door’ – spending a few years in industry, then in government, and then back to industry.

This of course makes it extremely easy for the interests of the auto industry to be very well represented in policymaking circles. If you combine a system in which a company can choose and pay its verifiers with the dominance of that industry in the state national government, then Dieselgate should come as no surprise at all.

It is imperative that such breaches don’t happen in the future – in any sector. To avoid such scandals, a multi-levelled approach is needed.

The national level
Clear national laws: These should focus on protecting people from dangerous pollution. They must mandate clear, effective and independent monitoring and verification systems to carry out the work on a regular basis. That authority should have the oversight of implementation, and be able to draw on the best data from credible sources. Self-monitoring or industry-chosen institutions do not work and should be replaced.

Capacity: The national authority that carries out the monitoring and verification has to have adequate capacity to do so. These processes take time and can require significant human and other resources. These should not be industry funded.

Governing for and by the people  (not the industry): It is vital that interested industries are not unduly influencing national policymaking.

The international level
Additionally, an effective international monitoring, review and verification system should also be in place. This adds an additional level of accountability at the nation-state level and can provide incentives, pressures and capacity-building to put in place credible national systems.

The Paris Agreement made good progress in putting such a system in place. Each and every country is required to report on its greenhouse gas emissions every two years, based on a set of international standards.

There is also a process to independently verify the data and the information that countries submit. There will be a country-level assessment by experts and then an international dialogue about that country’s performance. Through such transparency should come greater accountability.

Of course, each country will require the capacity to actually implement the transparency system, and thus a set of measurement, reporting and verification capacity-building initiatives is part of the Paris package.

The Paris Agreement also includes an article on compliance that, at this point in time, will most likely take a facilitative approach. While some countries – particularly small island states – and NGOs tried to achieve more, this was unfortunately not possible, politically at least, in 2016. It will, however, stay on the table for the future.

The people level
In the meantime, victims of climate impacts are not waiting around. In the Philippines, for example, a group of petitioners have asked the Commission on Human Rights to order the companies responsible for the lion’s share of cumulative global emissions of industrial CO2 and methane – the ‘carbon majors’ – to submit their plans on the steps they will be taking to eliminate, remedy and prevent the devastating effects of climate change in the Philippines.

On 27 July 2016 the Commission sent an order requiring the carbon majors to file a response within 45 days. While it cannot provide damages or individual remedies,  this administrative action is a building block for judicial litigation in the Philippines, where organisations could seek concrete remedies requiring a carbon major to prevent causing harm.

There are further ways in which people can engage in monitoring and verifying company and country action. Global Forest Watch is an independent initiative that is free and easy to use. It is based on big data and allows anyone to create custom maps, analyse forest trends, and participate in holding companies and countries accountable for deforestation. It is a form of radical transparency that provides data in real time to whoever is interested. No more covering up, no more special interests, just people and their smartphones taking action.

This is just one example of the ‘citizen science’ that is building a robust and independent evidence base in real time. Similar efforts are underway in the power sector and in various cities around the world. While the bottom-up data gathering in the UN Framework Convention on Climate Change will remain the foundation, big data and citizen science are already forcing governments to move faster and go deeper in being transparent about what is happening on the ground – a very powerful development to hold polluters accountable.

Conclusion
Hopefully the VW scandal has sent a clear signal to other corporations that this type of deception will not go unnoticed, nor unpenalised. The key, of course, is to prevent it from happening in the first place. A combination of clear laws, independent verification and people power shows the way forward.