EU – still a force for progress?

In a time of diplomatic dysfunction, can Europe advance climate action by example and collaboration? 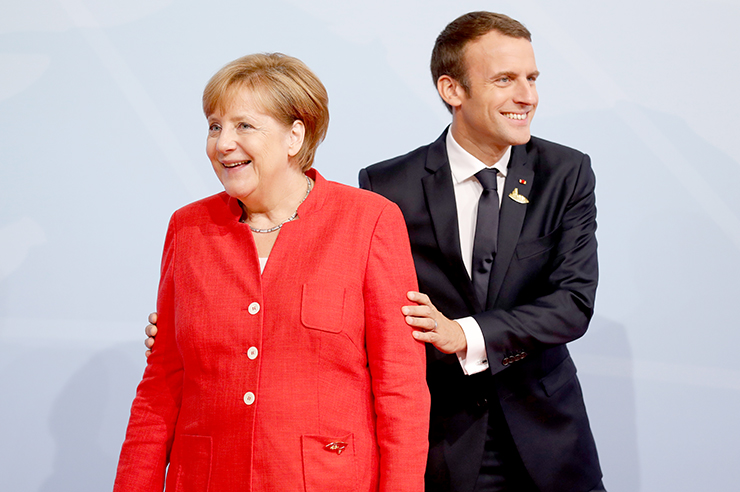 EU – still a force for progress?

In a time of diplomatic dysfunction, can Europe advance climate action by example and collaboration?

The Paris Agreement can without a doubt be considered a historic breakthrough in international climate policy. For the first time, all member states of the United Nations Framework Convention on Climate Change (UNFCCC) agreed on joint efforts to tackle dangerous climate change, including limiting global warming to well below 2ºC (or even 1.5ºC). This will require – among other things – carbon neutrality as fast as possible.

After the historic success of Paris it became clear, however, that implementing the Paris Agreement would not be an easy task, as challenges such as raising ambition in national climate protection plans or addressing transparency and accountability remain. In addition, there have been severe changes within the global political framework that might pose a threat to a successful implementation process. The withdrawal of the US from the Paris Agreement, as announced on 1 June, will likely create a vacuum that needs to be filled, in terms of ambition and finances but also in terms of leadership.

Although, as an immediate response, many state and non-state actors publicly committed to implementing the Paris Agreement, it is generally viewed that there remains a need for global leadership to advance ambitious international climate policy efforts. If the European Union can manage to bridge the gap between international promises and domestic reality, and if it is able to establish strong and broad alliances with other climate champions, the prospect for its leadership are very high.

The EU has increasingly established itself as an international leader in global environmental governance in general, including, for example, with respect to the protection of the ozone layer and biodiversity. The EU’s contribution to the Paris Agreement – the Nationally Determined Contributions (NDCs) of its member states – was submitted very early in the process and can be considered ambitious in comparison to other major players.

It includes a greenhouse gas (GHG) emission reduction of at least 40 per cent by 2030 in comparison to the level from 1990. This is in conjunction with its 2030 climate and energy framework, which incorporates increasing the share of renewable energy as well as increasing energy efficiency. However, the EU received a ‘medium’ rating on its NDC from the NGO Climate Action Tracker, meaning that its outlined efforts are not consistent with the temperature goal anchored in the Paris Agreement.

Even though the EU has already decreased its emissions by 24 per cent since 1990, more action is needed, particularly in terms of fulfilling its long-term 2050 emissions reduction goal of 80-95 per cent reduction. One of the important things to do is to reform the Emissions Trading Scheme (ETS), which can be seen as an essential instrument of EU climate policy but has been lacking efficiency in the past.

Looking at mitigation efforts, it becomes very clear that the EU needs to close the existing gap in credibility between what it has been advocating (a sustainable and low-carbon future) and what it can currently reach.

A leadership role
In terms of resources and capacities the EU has the potential to play a leadership role. According to the World Economic Forum, its current member states Germany, the UK and France are among the world’s biggest economies, supporting the union’s significant economic potential. According to a statistic by the Green Climate Fund in July 2017, most of the member states of the EU have put forward pledges to provide climate finance to assist the countries most vulnerable to the disastrous effects of climate change.

Even though the EU has been increasingly challenged by centrifugal forces and the seemingly diverging interests of its member states, some of its leading economies (such as Germany and France) are willing to invest money and capacities to raise ambition with respect to climate action worldwide, underlining the fact that tackling climate change remains an important topic within the union.

Historically speaking, the European Union has been a driving force within the UN Framework Convention on Climate Change (UNFCCC) and its Kyoto Protocol, using ‘soft leadership’ and ‘leadership by example’ as its strategy. Although some involvements have not succeeded, the EU can still be considered a master at coalition building.

In 2011 it supported the launch of the Durban Platform, which – among other things – helped pave the way towards Paris. The EU was very keen on bridging the gaps between different interests, functioning as an ‘honest broker’ that supported successful alliance building and convergence.

The Paris Climate Summit – which the EU helped to prepare in terms of content as well as with diplomatic efforts – was a big success for the EU. The EU strongly supported important aspects, such as the inclusion of mitigation commitments by all countries and a review mechanism that would allow increases in ambition.

The High Ambition Coalition, headed by the Marshall Islands and the EU – and including the US, developing countries and small island states – can be considered one of the EU’s diplomatic masterpieces in international climate negotiations – building bridges and coalitions between diverging interests. This alliance proved very important in creating pressure to close an ambitious deal.

The EU has also been taking an ambitious stand in G7 negotiations, raising the importance of fighting climate change and trying to intensify discussions on the necessity of low-carbon development pathways. Despite setbacks, it has utilised its diplomatic knowhow to advance international climate policy. Strong and resilient alliance building will be indispensable in the coming years of implementing the Paris Agreement goals, and it is hard to imagine building diplomatic bridges of interests without the EU at the frontline.

Challenges ahead
There are a number of challenges, however, that continue to threaten the EU’s position as a climate champion. Apart from the financial crisis, the Brexit negotiations and the massive task of refugee integration that will tie up resources, capacities and attention, the biggest challenge might be to ensure EU unity in the face of centrifugal and polarising forces. Those tendencies make it much harder to find majorities for ambitious climate action.

It is therefore very important for the EU to find solutions to the diverging interests of its member states in energy and climate policy. Establishing better mechanisms to support policy coherence and paying attention to the burden-sharing principle could be important steps to take in order to bring those on board that tend to block climate ambition.

The European Union and all stakeholders in the international climate power game will be confronted with unpredictable political and economic dynamics (both internally and externally). The EU definitely has the means, the capacities and the diplomatic knowhow to be a leader in climate politics, but it has to raise ambition in its own climate goals. Only this way will it be able to continue working with a ‘leadership by example’ strategy that has been successful in the past.

Additionally, the EU should focus on being an initiator of and a mediator in ambitious, broad and strong climate alliances that engage themselves in implementing the Paris Agreement as well as the Sustainable Development Goals. Non-state actors such as civil society organisations, trade unions, cities and communities should be as much part of those coalitions of climate champions as states and businesses.

Forming alliances will also be important in strengthening multilateralism in a world that shows strong tendencies towards dangerous isolationism instead of increased cooperation. In this sense the world could use not one climate leader, but numerous ones that work together.

The EU has a strong talent for smart coalition building that should be used to establish bilateral and multilateral arrangements with other climate ambitious countries such as China. Even though the EU-China summit in June did not end with a joint agreement, it was an important first step in the right direction. The EU should also continue to expand climate cooperation with developing countries, which would raise its reputation and maintain its role as an honest broker. It also needs to increase its mitigation goals, more so as it can afford to move beyond its 2030 targets in terms of capacities and finances. This would be an important sign demonstrating to the world that the European Union is indeed a global climate champion.