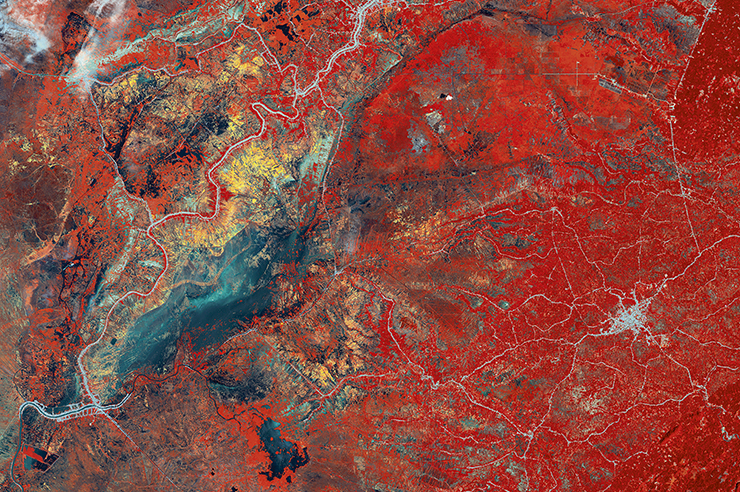 Much effort is being devoted to evaluating the impacts of aid and investment projects on the rate of loss of tropical forests, and the related climate benefits, in the Americas, Africa and Asia, using satellite-based measures of forest cover. Despite these efforts, the valuation of the benefits accruing from avoided losses – i.e. standing forests and concomitant carbon sequestration – is relatively unknown.

Multidisciplinary approach
What is known is that avoiding deforestation is an economically attractive option, as it is one of the cheapest ways of reducing emissions, in terms of dollars per tonne of carbon.1 Applying a multidisciplinary approach, with a diverse set of tools, provides a better understanding of the drivers of degradation, and the valuation of benefits. This approach is currently being utilised in the context of the Global Environment Facility (GEF).

To determine the extent of carbon sequestration, we employ a variety of geospatial and statistical tools to assess the factors influencing the outcomes of the GEF-funded programme in land degradation.2

The land degradation focal area is the window that supports efforts by countries eligible for GEF support to combat land degradation, specifically desertification and deforestation in rural production landscapes. This investment relates directly to the GEF’s role as a financial mechanism of the United Nations Convention to Combat Desertification.

Forests contribute significantly to  carbon sequestration through holding  large carbon stocks. When forests are cut, they can no longer hold the carbon, thus having an impact on climate change. Carbon stocks cannot be observed directly from satellite imagery. However, they can be estimated through examining factors associated with carbon stocks, particularly vegetation biomass.

Other data integrated into the analysis include long-term climate data, population data, distance to rivers, distance to roads and night-time lights, to account for socio-economic differences in locations.

The analysis covers the entire GEF land degradation portfolio: altogether some 200 projects and approximately 450 locations. The projects were geocoded and are fairly heterogeneous in terms of their scope, design and geographical location. They are mostly located in areas with a relatively low population density and level of electrification. The physical geographic characteristics of the project locations are highly variable in terms of temperature, precipitation, elevation and slope, and not all the projects are located in areas that have forest cover.

Evaluating impact
Classification and regression-tree approaches3 have been commonly employed over the last two decades to aid in the classification of remotely sensed imagery. They can be used to identify causal effects of an intervention. Based on these approaches, we have found that, in  general, GEF projects have had a positive impact on NDVI, forest cover and reduction in forest fragmentation, with variation in the estimated range of impacts across countries.

We were also able to detect certain determinants that explain the relative success of the projects. Those projects with relatively longer durations performed better, and environmental (slope, elevation, temperature, precipitation) and social (population density, urban distance) characteristics all proved important in mediating the impact of the projects.

There is some evidence that projects closer to urban areas were slightly more successful in mitigating forest cover losses. Projects were also heavily influenced by the initial state of forest fragmentation – i.e. the pre-trend of average forest size is an important factor in determining the heterogeneity in project impacts.

Based on the analysis of GEF-funded projects, relatively higher levels of carbon sequestration have been observed in Senegal, southern Niger, Kyrgyzstan and Vietnam.

Methodological limitations
Understanding the factors that influence the various impacts is a first step. Quantifying the tonnes of carbon sequestered, and assessing the corresponding value that is directly attributable to the interventions, is challenging but now well within reach, thanks to this multidisciplinary approach.

Examining the causal impact of these interventions on environmental outcomes has been a central goal of the multilateral agencies but there has hitherto been limited engagement in using spatially explicit, geocoded aid information due to limitations in both data and methods.

Recently, efforts have been undertaken to merge these disciplinary approaches to explain the impacts of these interventions, of which this analysis provides an example. This integrated approach to evaluation and research provides a promising avenue towards better quantification of climate benefits from reduced land degradation and deforestation.