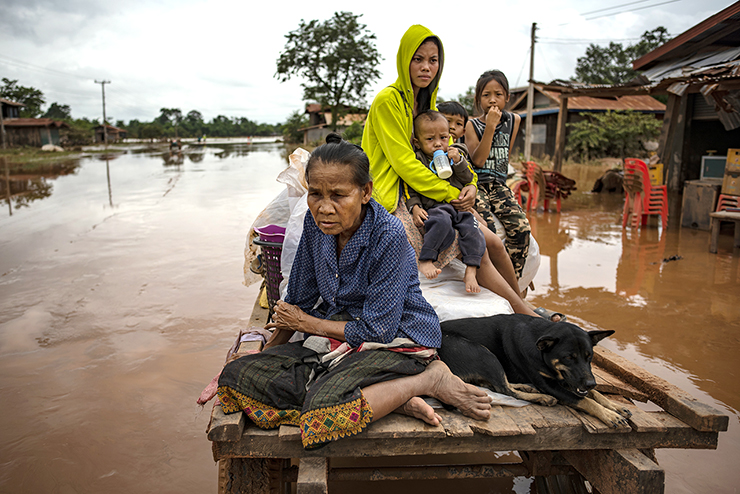 ATTEPEU, LAOS – JULY 26: Villagers evacuate to safer grounds after flash floods engulfed their villages the other night, on July 26, 2018 in Attepeu, southeastern Laos. At least 26 people were killed and over 3,000 people stranded after a hydroelectric dam built collapsed in southeastern Laos, destroying thousands of homes and leaving an unknown number of dead. According to state media, 5 billion cubic metres of water swept away houses across 7 villages and made more than 6,600 people homeless after the accident at the Xepian-Xe Nam Noy hydropower dam as rescuers are racing to find survivors and top government officials rushed to the site. (Photo by Jes Aznar/Getty Images)