From carbon source to carbon sink: how protecting, managing and restoring the world’s  forests can help the climate and communities 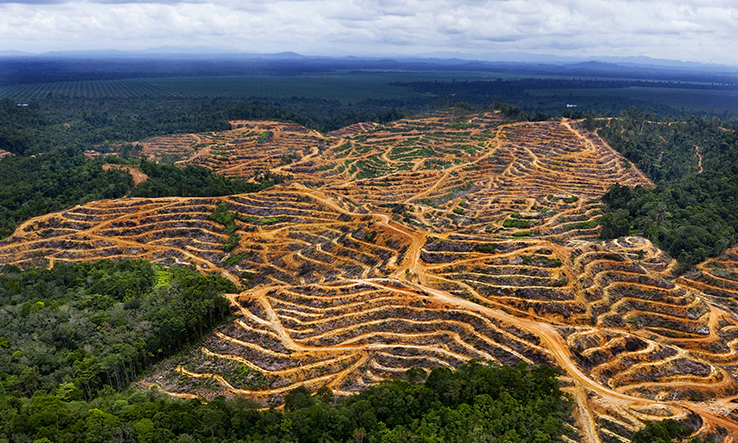 From carbon source to carbon sink: how protecting, managing and restoring the world’s  forests can help the climate and communities

By Zhang Xinsheng , President, International Union for Conservation of Nature

The risks climate change poses to humankind are tremendous, and the challenges of mitigating the rise in global temperatures are well documented. Our success in limiting climate change to less than 2°C depends on the actions we take, as individuals and as a global community. But we are not in this alone.

Natural systems and nature-based solutions are already helping to mitigate risks from natural disasters such as flooding and droughts caused by climate change. Similar actions can help mitigate climate change itself. In fact, halting the loss and degradation of natural systems and promoting their restoration have the potential to contribute over one third of the total climate change mitigation that scientists say is required by 2030.

Unfortunately, over the last few centuries, vast forest areas have been cleared, including some of the most biologically rich habitats on Earth, as demand for agriculture and forest products has grown with the human population.

Today, around 30 per cent of global forest cover has been completely cleared and a further 20 per cent has been degraded. Deforestation, forest degradation and land use now account for around 24 per cent of total global emissions, more than the entire global transportation sector. In this light, land use is a significant part of the problem contributing to climate change, but forests and forest landscapes can also be some of our best solutions. To maximise climate benefits from forests, we need to keep intact more of the forests we have, manage more sustainably the forests we use, and restore more of the ones we have lost.

Positive trend
In recent years, there have been many reasons to be optimistic that forest trends can change, and in some cases are changing, for the better. While as many as 13 million hectares of forest were converted to other uses or lost through natural causes each year in the last decade, the previous decade lost 16 million hectares per year. Today, more and more consumers are demanding forest products from sustainable sources, and an increasing number of major palm oil, timber, paper and other forest product corporations are beginning the conversion to deforestation-free supply chains.

In addition to creating and maintaining protected areas and launching initiatives toward more sustainable management, many countries, subnational governments and private landowners are restoring degraded forest lands. This helps take pressure off healthy, intact forests and reduce emissions from deforestation and forest degradation. And forest landscape restoration is just beginning to realise its potential on a global level.

The opportunity for restoration is tremendous. The Global Partnership on Forest Landscape Restoration has estimated that around two billion hectares of degraded land across the world – an area the size of South America – offer opportunities for landscape restoration. Many countries are already adopting a climate mitigation paradigm that focuses on enhancing adaptation and resilience through landscape restoration. El Salvador, for example, has a new National Program for the Restoration of Ecosystems and Rural Landscapes that specifically aims for this type of adaptation-based mitigation.

Along with breaking the spiral of deforestation and forest degradation, restoring these lands across the globe would bring untold benefits to people and the planet. To inspire more forest landscape restoration globally, the International Union for Conservation of Nature (IUCN) and the German Government launched the Bonn Challenge in 2011, setting a goal for restoring 150 million hectares of degraded forest lands by 2020. At the United Nations Climate Summit in September 2014, a broader group of global leaders expanded that goal to 350 million hectares by 2030, an area greater than the size of India.

The benefit of forest landscape restoration to our climate is clear. Achieving this new and ambitious 350 million hectare goal could sequester between 0.6 and 1.7 gigatonnes of carbon dioxide equivalent each year. That is roughly equivalent to the Russian Federation’s total net greenhouse gas emissions in a year. And the benefits of using this nature-based solution to climate change go far beyond just mitigating carbon and helping countries adapt to a warmer climate. Landscape restoration can help boost economies and create jobs, enhance food security and increase crop yields, and improve both water quality and quantity.

In addition to capturing about a sixth of the carbon necessary to close the emissions gap, IUCN analysis has found that achieving the original 150 million hectare Bonn target could add $85 billion to local and national economies and $6 billion in additional crop yields – each year. Such contributions go a long way in a still-recovering global economy.

One programme in the United States involving 23 forest landscapes generated $290 million in labour income, creating and maintaining more than 4,500 jobs in the process. Meanwhile, the Guatemalan government designed its national forest incentive scheme to generate over 900,000 jobs and directly add $55 million to the country’s rural economy.

Meeting that same 150 million hectare Bonn Challenge target could also improve food security. In the late 1990s, smallholder farmers in Niger showed how it can be done. They used a forest landscape restoration approach to restore more than five million hectares of semi-desert into productive open woodlands. The higher tree density in these woodlands led to increases of more than 100 kilograms per hectare in crop yields, producing enough cereals to feed an additional 2.5 million people a year.

Back in the US, New York City famously used a ‘watershed approach’ to avoid $16 billion in water treatment costs through the restoration and preservation of its forested watershed. China is now piloting a forest landscape restoration approach to help meet the drinking water needs of nearly 21 million people.

International targets
In addition to the direct benefits, restoring landscapes under the Bonn Challenge would make a significant contribution towards meeting international targets. It is one implementation vehicle for the goal of achieving land degradation neutrality, adopted at the 2012 UN Conference on Sustainable Development. It also contributes to both the Convention for Biological Diversity ecosystem restoration target (Target 15 agreed in Aichi in 2010) and the UN Framework Convention on Climate Change (UNFCCC) Reducing Emissions from Deforestation and Forest Degradation (REDD+) goals for sustainable management of forests and enhancement of forest carbon stocks.

For these or any climate mitigation efforts to meet the desired long-term goals, they must protect both biodiversity and the rights and interests of the people they impact. It is not enough to just stop deforestation and restore degraded landscapes – it must be done in the right way.

Biodiversity helps forests to resist change and recover following disturbances, so for forests to continue their contribution to climate change mitigation, they must maintain their biodiversity. For this reason, biodiversity conservation is a core principle of nature-based solutions and forest landscape restoration, as well as a co-benefit.

Similarly, the ways in which forest conservation impacts local communities will affect its overall benefits for the climate. Across the globe, more than 1.6 billion people depend on forests for food and medicines, for fuel, and for their jobs and livelihoods. Of those, approximately 60 million indigenous people rely almost entirely on forests for their livelihoods.

The success of any forest climate actions, and the permanence in any emissions reductions that come from them, are largely dependent on the extent to which they recognise the rights and interests of those forest communities and help to improve or sustain livelihoods. With the threats from climate change already proving very real, momentum is building behind efforts to protect, sustainably manage and restore the world’s forest landscapes.

Commitments to the Bonn Challenge have nearly tripled in the last year. With the New York Declaration on Forests, an unprecedented collection of world leaders from governments, the private sector and civil society announced the first global timeline to slow and end forest loss and significantly increased the ambition of the Bonn Challenge restoration target.

Thanks to new and renewed commitments of financial resources from governments such as Norway, Germany, the United Kingdom and others, this momentum behind using healthy forests to combat climate change is reaching every level – from top government policymakers to corporate board rooms and local communities. Forests, through their many benefits for the climate, sustainable development and livelihoods, are becoming a no-regrets part of the solutions at every level.

As the world moves toward a climate agreement in Paris this December and beyond, it is imperative that national leaders work to implement the New York Declaration on Forests, sustain forest climate financing, and include forest and land use in their Intended Nationally Determined Contributions under the UNFCCC. In doing so, these leaders will show the way that nature, and in particular forests, can and must be part of the solution to keeping the climate within the globally accepted two-degree temperature increase.