Getting the message right

How can climate communicators drive the behavioural changes that are needed to help the planet avoid a climate-related catastrophe? 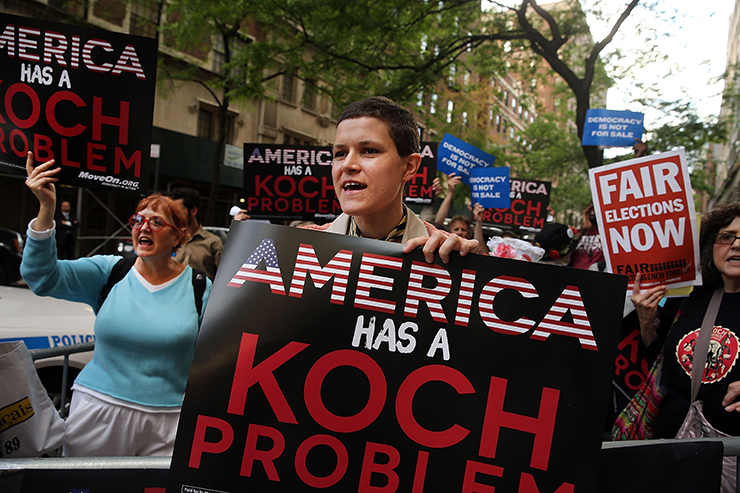 Getting the message right

How can climate communicators drive the behavioural changes that are needed to help the planet avoid a climate-related catastrophe?

Communications expert Frank Luntz wrote a book in 2007 called Words That Work. Luntz popularised the use of those widgets you see on TV where a live audience turns a dial to say whether they like what a politician is saying or not. Political tacticians then use the audience’s response to fine tune political messages. It’s at once both the crudest and most sophisticated sort of communications design. And it generates the type of key insights that the scientists in charge of climate communications have failed to adopt.

Luntz has become rich by advising lots of Fortune Top 500 companies. Who has been more successful at getting what they want in recent decades: the climate community or big business?

Scientists can be forgiven for apparently ignoring the insights of modern communications research, even knowledge that was already old when climate change sprang onto the global political scene in the late 1970s. Professional advocates and campaigners have less excuse. But, largely by accident, it was scientists who got put in pole position.

Of all the people to be gifted with the poisoned chalice of informing the global population that humanity had finally over-stretched the ability of the planet to cope with our activities – that our destruction of forests, our pollution of oceans and, above all, our burning of coal, oil and gas meant that mass extinctions, droughts, storms, floods, death and disaster were on the way – it fell to the meteorologists.

Do an internet search for ‘Inter-governmental Panel on Climate Change’ (IPCC) and ‘World Meteorological Organization’ (WMO) and you find this explanation:

“In 1988, through a UN General Assembly resolution entitled ‘Protection of global climate for present and future generations of mankind’, WMO and the UN Environmental Programme established the IPCC with the goals to:
– Assess available scientific information on climate change
– Assess the environmental and socio-economic impacts of climate change
– Formulate response strategies”¹

No mention of communication. Nor does it seem that they anticipated what would be required to achieve this intensely political task.

Communications science?
I doubt that they teach much about cognitive psychology, advertising, marketing or politics at weather school. Things like heuristics, framing and values. Not surprisingly, the climatologists have proved fabulously ill-equipped to deliver effective climate communications. Unfortunately, the UN system has not moved on from the need to establish the science (which it did fairly well) to the need to create the reaction.

Would you ask the likes of Frank Luntz to create a climate model, let alone tomorrow’s local weather forecast? Of course not. Yet climate scientists seem to think they can ignore even the most basic rules of public communications. It’s not for want of advice. Thousands of blogs, articles and studies have shown why macro and micro-scale communications intended to do something effective about climate could be better.

For instance, do climate scientists talk about the fate of their children when they speak of the fate of the planet? Probably not. Do they seem worried or professionally detached? In general they lack congruence: they announce Armageddon but are not even packing their bags.

Luntz’s subtitle was It’s Not What You Say, It’s What People Hear. He was right of course. If a scientist refers three times to uncertainties, people conclude that she or he is uncertain. Would you act on uncertain advice? Well, no. When a research scientist is asked what needs to happen next, and she or he says ‘more research’, do you conclude it’s time for action? Well, no.

This, fundamentally, is why so much communications effort intended to spur action has not been as effective as it could have been (and disastrously so). Most climate communications have not been evidence-based: they have been amateurish.

Luntz is notorious among climate campaigners for his 2003 memo to the climate-sceptic US Bush administration: “Voters believe that there is no consensus about global warming within the scientific community. Should the public come to believe that the scientific issues are settled, their views about global warming will change accordingly. Therefore, you need to continue to make the lack of scientific certainty a primary issue in the debate.”²

This strategy proved devilishly effective. The UN system, in which the IPCC fed scientific advice to the politicians in the UN Framework Convention on Climate Change (UNFCCC), institutionalised a frame of action waiting for scientific uncertainty to be resolved. As scientific knowledge is always provisional, this was a recipe for procrastination, unintentionally underpinned by ‘good practice’ in science and in the media. Scientists are trained not to make definitive claims. The BBC was so devoted to the principle of balance that until 2014 it had a policy of presenting climate change as an undecided, open scientific question in which there were two sides.

The fossil fuel industry exploited this framing by funding climate sceptics to feed the instincts of institutions like the BBC. They did not need to win any arguments, merely to extend the uncertainty.

One legacy is the fixation of pollsters, media and politicians with whether or not the public believes in climate change. Recent analysis of representative surveys conducted between 2011 and 2015 in 15 countries including China, the US, the Philippines, Brazil and Russia shows that this is no longer a real issue, even if it still preoccupies the media in countries like the US and UK.

In these surveys, people responded to the statement ‘Climate change – I don’t believe in it’ with a one-to-five scale from ‘strongly agree’ to ‘strongly disagree’. In all 15 countries, climate believers outnumbered sceptics, and in no country did ‘strong scepticism’ (strongly agreeing) reach more than 16 per cent. In eight countries, people were also asked if they had noticed the climate changing. In each case a majority said yes. Such questions are not answered analytically but intuitively (distinguished by Nobel Prize-winning psychologist Daniel Kahneman as System 2 – hard, analytical – and System 1 – easy, reflexive, unconscious). This explains how many of those who said they had noticed the climate changing also said they did not believe in climate change.

The same surveys asked about increasing renewable energy as the main source of electricity. In all eight countries where questions were asked, a majority agreed (in most cases by over 70 per cent).

So why are so many pollsters, the media and even campaigners still focused on the belief question, even though sustaining that frame only helps their opponents? Perhaps because one of the last global hold-outs of climate scepticism is in the small goldfish pond of the US Congress. Recent surveys show most Republican congresspeople and activists are still climate change sceptics, even though their voters are not. This does not represent America, let alone the rest of the world. It’s not the problem.

The 15-country survey series, conducted for Greenpeace, also shows something else. It was segmented by motivational values, classifying responders as settlers (security driven), prospectors (esteem driven) and pioneers (inner directed).

These groups were then subdivided into 12 ‘values modes’. These real but invisible groups have three different sets of unconscious values and three versions of what is really true (and, therefore, common sense). In all 15 countries, just two values modes lead the climate believers and those ready to act, while another two with opposed values are champions of scepticism and reluctant to act.

In short, opinion about climate change is not driven by the facts and analysis that scientists are (rightly) trained to deal in but by deep human needs for safety, belonging and identity (settlers), for esteem of others and self-esteem (prospectors), or for ethics, holism, universalism and self-direction (pioneers). Where offers or propositions match people’s underlying values, people support them. Where they don’t, people ignore or reject them. Communicators need to take account of this reality.

Where do we go from here?
At a macro-political level the global climate system needs to remedy omissions. It has covered off climate science but has no international mechanisms for key requirements like disinvestment in fossil fuels (where is the summit on that?), for negotiating away carbon stockpiles (resources and reserves) or stimulating major technologies (like electric cars or carbon capture and storage). Leaving these to civil society and the markets alone is overly optimistic.

At a human level, climate-relevant communications needs to be thoroughly professionalised – to reach the level of, say, the cosmetics industry. Have you seen adverts in which 97 per cent from a sample of 86 women say this hair or skin product works? Why do we need such scant analysis to support such choices? Because we want to believe. Nobody wants to believe in climate catastrophe but many want to believe in the solutions.

Climate communicators need to forget about explaining climate change (people already agree) and instead use professionals to drive behavioural change that delivers real-world results, such as conversion to electric cars. Climate scientists are not the people to do this. Nor are politicians, but they can provide the context, incentives  and resources.

It’s time for a psychological makeover of the UN’s climate communications.