Many initiatives hailed as beneficial for the climate have failed to deliver or even had damaging consequences. What lessons can be learned and what risks are posed by current initiatives? 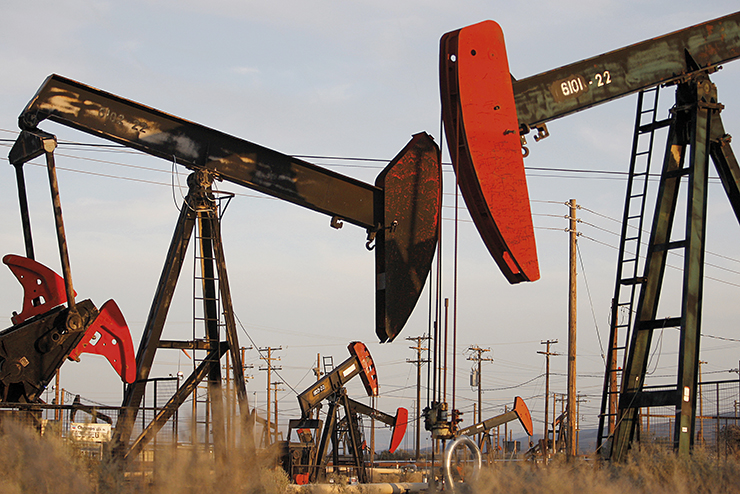 Pump jacks and wells on the Monterey Shale formation in California. Without stringent regulation and oversight, methane emissions from fracking may offset any gains from gas–for–coal substitution, as well as posing the threat of groundwater contamination and earthquakes.  © David McNew/Getty Images

Many initiatives hailed as beneficial for the climate have failed to deliver or even had damaging consequences. What lessons can be learned and what risks are posed by current initiatives?

The Paris Agreement made unprecedented progress on the first front. Nearly every government in the world signed onto the agreement, and organisations across the private sector and civil society voiced their support for climate action. But though progress on the first front is necessary to advance the second, it is insufficient. That is, even broad consensus and a political mandate to curb emissions will not guarantee effective climate policies.

In the best case, poorly designed and executed policies will fail to reduce emissions at the rate required to forestall catastrophic climate change. In the worst case, they may do more harm than good. So as countries develop domestic climate policies and flesh out an international climate framework, policymakers should avoid three common pitfalls.

First, by constraining the range of available solutions to reduce emissions, they can turn a difficult task into an impossible one. Second, too often, policymakers design policies with blinders on – that is, with an eye only to local or theoretical effects – and in doing so miss the bigger, real-world picture of how global emissions may change. And third, through policies that advance existing clean-energy solutions today, they can stunt innovation into superior technologies that could have a bigger impact tomorrow.

Policymakers around the world have already stumbled into all three of these pitfalls. Fortunately, as the political mandate for climate action grows, leaders can take advantage of the lessons from these examples to improve their policies moving forward.

Pitfall one: constraining the range of available solutions
Germany’s well-documented Energiewende (or energy transition) provides an excellent example of a well-intentioned climate policy failing to reduce emissions because of constraints on the range of available solutions. In particular, Germany excludes nuclear energy – a power source that produces zero GHG emissions – opting instead to achieve its climate targets through aggressive deployment of renewable energy. Unfortunately, the emission reduction from ramping up renewable energy has been annulled by the simultaneous phase-out of nuclear power.

Although Germany’s target is to reduce GHG emissions by 80 to 95 per cent by 2050, emissions remained flat between 2011 and 2015. Over this period, renewable energy grew from 20 per cent of the power supply to 31 per cent (driven largely by increases in wind and solar power), while nuclear energy fell from 25 per cent to 16 per cent. As a result, Germany could not deploy zero-carbon power sources to displace dirty coal-fired power, whose emissions rose slightly over the same period.

This means that Germany’s energy consumers – who face electricity rates nearly three times higher than those in the United States, partly to fund the expansion of renewable energy – are paying dearly without reducing their country’s emissions.

Many factors have contributed to driving Germany’s emissions trajectory off track from its ambitious targets. Strong public opposition to nuclear power in the wake of the 2011 Fukushima nuclear disaster created political pressure to shut down nuclear plants. And economic competition from protected wind and solar generators made it even more difficult to keep the plants open. Still, the fact remains that Germany has taken its largest zero-carbon source of energy off the table, constraining its climate policy options.

Across the Atlantic, the US is grappling with its own internal policy debate over fracking, a technique that has enabled its producers to extract substantial oil and gas from unconventional reservoirs. So far, the US has not constrained its options, and as a result the substitution of coal by natural gas in the power sector has accounted for the majority of a 12 per cent decline in US emissions over the last decade.

What’s more, US exports are now contributing to lower global prices of liquefied natural gas, particularly in Asia, where coal-to-gas switching by countries like China and India can considerably reduce global emissions.

The lesson here is that a low-carbon but not zero-carbon energy source – natural gas, which is half as carbon intensive as coal – can contribute to reducing emissions. Although the US should not constrain its climate policy to eliminate this option, it should ensure that fracking does in fact reduce emissions and does not compromise safety.

The Obama administration recently released rules to reduce fugitive methane emissions from the oil and gas industry, an important step toward securing the climate benefits of gas. And states and the federal government are taking steps to limit fracking from contaminating water supplies or causing earthquakes.

Pitfall two: missing the bigger picture
Within a constrained set of options, policymakers often fail to reconcile the broader effects with the narrow contexts of their policies.

In the US, the state of California is an instructive case. Widely considered a climate leader, California has passed a broad portfolio of climate policies, many of them eminently sensible in isolation. But taken together, the bevy of disparate policies – including a cap-and-trade scheme, a low-carbon fuel standard, a mandate for renewable electricity, and others – can interact with and undercut one another unexpectedly.

For example, under an economy-wide carbon cap-and-trade system, in which Californian firms can purchase and trade permits to pollute, the total level of emissions is determined by the sum of the carbon permits sold. Apparent reductions from other climate policies, like fuel-switching driven by the low-carbon fuel standard, will actually create more room under cap and trade for another part of California’s economy to emit more GHGs.

In fact, the cap-and-trade policy at the centre of the undercutting interactions within California’s climate portfolio is itself less effective than intended. This again is a result of policymakers failing to see the bigger picture: in this case to consider the real-world functioning of a cap-and-trade scheme that works well on the blackboard. California’s scheme – as well as other schemes elsewhere in the US and Europe – has resulted in carbon permit prices that are less than a third of most economic estimates of what the price should be. This is because economic growth is tough to forecast and has an outsize impact on an economy’s GHG emissions.

Policymakers who misapprehended anaemic economic growth set a cap that was too high, resulting in carbon prices that are too low to cause substantial GHG emission reductions. A simpler policy – a carbon tax – may be less elegant on paper but would work much better at sending a strong and predictable price signal to reduce emissions.

Still, any scheme to put a price on carbon will require policymakers to take a truly global perspective to ensure that in response to their policies, emissions around the world actually decrease, which is the ultimate objective of climate policy.

Economists have long warned that a carbon price in one country could shift emissions-intensive economic activity, like manufacturing, to another country, a phenomenon known as emissions leakage. To mitigate it, countries may need to set up an elaborate system of border tariff adjustments, so that countries that do not set a price on carbon cannot freely sell their goods to countries with a carbon price.

Such a system could well contravene international trade laws and will entail tricky negotiations. The lesson is that policymakers should adopt a global perspective to recognise that effective carbon pricing will actually be substantially harder than just passing a domestic policy – a feat in itself for many countries.

Pitfall three: locking out new technologies
Finally, policymakers should beware enthusiastic support for existing clean-energy technology that could have the unintended consequence of putting new technologies at a disadvantage and preventing their commercialisation and adoption.

The canonical example of ‘technological lock-in’ in clean energy is the nuclear light-water reactor. The US Navy selected this design for its submarines in the 1950s and subsequently used it for its civilian nuclear reactor fleet and sold it to countries around the world.

Two emerging examples of clean-energy technology lock-in should cause concern. First, the rise of silicon-based solar power, fuelled by tax credits and subsidies around the world, has erected a nearly insurmountable barrier to market entry for new solar technologies. Although the cost of silicon solar has fallen dramatically in recent years, it is still unlikely that the technology will reach the low cost necessary to provide 30 per cent or more of the world’s electricity needs by mid-century, a level likely needed to meet the world’s climate targets.

Exciting alternatives to silicon, lacking targeted public support, may not achieve the scale necessary to drive the cost of solar further down. And a similar story may be unfolding in energy storage, where lithium-ion battery technology dominates the market and is increasingly difficult to dislodge as firms like Tesla ramp up its production. But without new energy storage technologies, electric vehicles may remain uncompetitive compared with fossil-fuelled cars, and power grids may only be able to accommodate large amounts of unpredictable renewable energy through expensive upgrades.

Thus, well-intentioned policymakers who are deploying clean energy today may be steering the world’s energy infrastructure down a dead-end rather than enabling breakthrough technologies to expand the set of options available to reduce global emissions.

Recognising such pitfalls is a crucial first step to designing effective policies that actually accomplish their objective of long-term GHG emission reduction and climate-change mitigation. Indeed, policymakers would do well to remember that the road to a warmer climate is paved with good intentions.