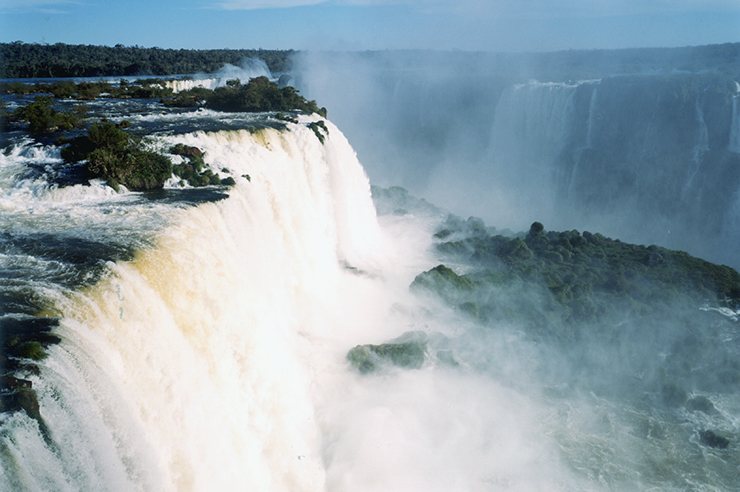 Renewable energy is undoubtedly the most sustainable answer to rising energy demands. And hydropower plays a key role in environment-friendly power generation from regenerative energies. It is the leading renewable source of electricity generation globally, supplying 72 per cent of all renewable energy sources within the worldwide electricity mix.

What is the secret of hydropower? It’s the very efficient transformation of the mechanical energy stored naturally in water, firstly into the mechanical torque of the machine’s shaft via the turbine, and secondly the conversion of shaft torque into electrical energy by the generator.

There are three types of hydropower stations which can be used to exploit the stored energy in water. First, there is the ‘run-of-river’ power station, where the electricity is generated from flowing water in a river. Second, there is the ‘reservoir’ energy source, where power is generated through the release of water stored in a naturally-fed reservoir behind a dam. A third model is the ‘pumped storage’ power plant, where stored water is recycled by pumping it back up to a higher reservoir in order to be released again when demand for power increases.

Major advantage: storage capability
In fact, pumped storage power plants are vital for the secure, sustainable and cost-effective supply of renewable energies. They represent the only system capable of storing energy on an industrial scale like a battery does. This enables them to complement weather-dependent wind and solar power, making them especially suitable for compensating fluctuations between power surpluses and shortages.

Indeed, pumped storage plants provide proven responsiveness to these fluctuations in demand, with modern systems needing only 30 seconds to start from a standstill. For this reason, they are able to contribute significantly to regulating and stabilising the power grid. Their special combination of storage system, reserve power and flexibility makes pumped storage plants true multi-functional power stations for ensuring system adequacy.

Preventing unnecessary emissions
These storage capabilities, in combination with low carbon dioxide emissions, make hydropower a valuable resource in achieving governmental targets aimed at reducing the impact of climate change. Current model calculations show that between 2015 and 2050, more than 120 billion tons of CO2 emissions will be avoided by the use of hydropower globally.

Moreover, the 2015 Hydropower Report revealed that World Energy Council countries – where the share of hydropower in electricity production is higher than average – generally have lower CO2 emissions per kWh of electricity generated. For this reason, an ever increasing number of countries around the world are looking to maximise the potential of hydropower.

There are many opportunities for hydropower development throughout the world and although there is no clear consensus, estimates indicate the availability of more than 10,000 terawatt hours/year of unutilised hydropower potential worldwide. A household of three consumes 3,000 kilowatt hours of power on average every year. Hence the unused potential could serve the equivalent of 3.3 billion households.

Untapped potential is everywhere
The hydropower facilities installed today vary in terms of generation capacity from less than 100 kilowatts, to more than 18 gigawatts. Nevertheless, in most highly developed countries, the potential of technically usable hydropower is still far from exhausted.

At the end of 2015, the leading hydropower generating countries were China, the US, Brazil, Canada, India and Russia. China operates the world’s largest hydropower plant, the Three Gorges Dam (18,200 megawatt), but also a series of other large-scale plants, including Xiluodu and Baihetan (approx. 12,000 megawatts).

Power stations like these clearly demonstrate how hydropower has been able to reliably supply countless millions of people with power over decades. But the enormous potential for power generation in emerging countries and at smaller scales is still to be maximised.

Hydropower plants with an output of up to 30 megawatts can have immense impacts. In certain remote and mountainous regions small hydropower plants guarantee a local, stable power supply. They bring electricity to thousands of people. Rural societies running small-scale industries can immensely benefit from well-interlinked hydropower plant networks. They are thereby often a precursor for economic growth and social development and maintain their position as one of the most reliable and cost efficient renewable energy sources.

This is also because tens of thousands of existing weirs, smaller dams and locks could be used for hydropower generation right away.

Conclusion
Hydropower is renewable, reliable, affordable and good for economic and social development. Its storage and base load capabilities, as well as low carbon dioxide emissions, make hydropower a valuable resource in achieving current climate change targets. It is versatile and offers significant unexploited potential in highly industrialised countries, as well as in emerging or developing regions.

And, in particular, the demand for pumped storage power plants will continue to grow, as they enable countries around the world to maximise their use of other fluctuating renewable energy sources, even as overall demand for electricity increases.

UNA-UK thanks Voith for its generous support for Climate 2020 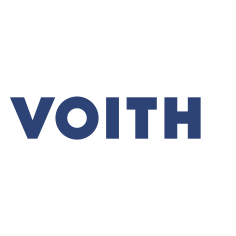 Voith has been a leading supplier of hydropower technology since its origins in 1870, and has been advancing the technology ever since. As a full-line supplier covering the entire lifecycle and every component of new and existing large and small hydropower plants, it is only logical that new products and solutions are also being developed for the digital hydropower plants of the future. Digital solutions will help energy suppliers run their hydropower plants even more efficiently or reduce operational costs. In addition, analysed and interpreted operational data will allow a much deeper understanding of hydropower machine behaviour.