What legal recourse can be brought to bear on those countries or organisations that flout the Paris Agreement? 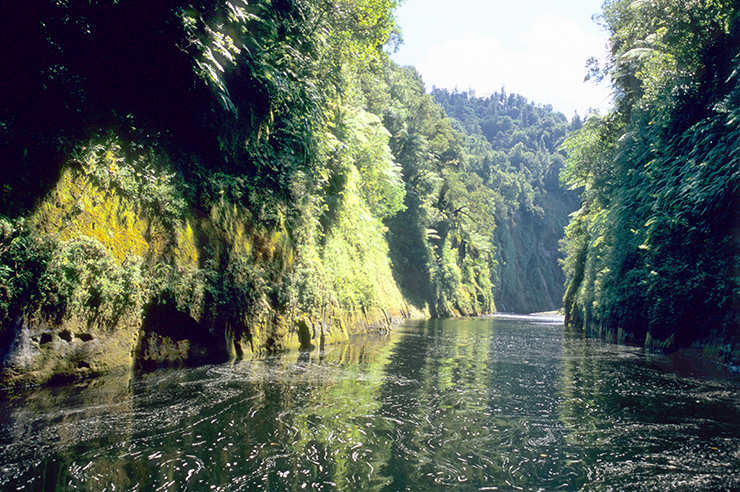 The Whanganui river, New Zealand has been granted ‘legal personality’ with the same legal rights to protection as a human being.  © LOOK Die Bildagentur der Fotografen GmbH/Alamy Stock Photo

What legal recourse can be brought to bear on those countries or organisations that flout the Paris Agreement?

This question becomes easier to answer following the Paris Agreement. Despite the lack of quantitative quotas at national level, the agreement sets the benchmark by global consensus in terms of achieving a planetary temperature rise of “well below” 2°C, with efforts to limit it to 1.5°C.

The fact that it is imposed collectively, however, means there is no answer to those whose activities are inconsistent with this benchmark.

The most obvious focus is on large corporate actors who might be said to be directly or indirectly responsible for emissions – whether as producers or consumers of fossil fuels or as ‘facilitators’ of their use. Research on the so-called ‘carbon majors’ shows that a relatively small number of corporate groups are ‘responsible’ for a relatively high share of emissions. But all corporations carry on business in one or more states, and in a defined industry sector. So accountability needs to be considered also at a national and sectoral level.

What might be termed climate change law has evolved rapidly in recent years. Some of it, concerned with adaptation (or the lack of it), is outside the scope of this article. What remains for consideration is fascinating and challenging in its diversity. There is only a small body of law that might properly be termed climate change law in the strict sense. But as the effect of climate change is cross-cutting, so the means of holding to account reflect both the diversity of adverse effects and the variety of legal doctrines relied upon.

One unique feature of climate change for lawyers (apart from its enormity) is its true globalisation. Unlike traditional environmental issues where the effect of an action is felt in the locality where it occurs, problems on the coasts of Bangladesh or in the glaciers of the Andes are attributable to the sum total of emissions globally over past years.

What, therefore, are the legal bases on which emitters may be held to account? A few years ago, a number of lawsuits were brought, mainly in the US, seeking damage or injunctive relief against fossil fuel companies on the basis that their actions caused events (sea-level rise or extreme weather events) that damaged the claimants’ property. None of these claims, largely based on common law tort actions, has succeeded, all foundering on issues such as standing or justiciability or causation.

While it is not inconceivable that such actions will in future succeed, the focus has switched to other approaches. Three broad categories of legal action are outlined below: (a) those against states; (b) those against corporations; and (c) those against emission-intensive projects.

States
As observed above, Paris provides benchmarks but little scope for direct legal remedy for breach of its provisions. Importantly, however, it does not purport to be an exclusive or exhaustive code that precludes other legal actions.

A very notable illustration of the scope for action comes in the Dutch decision (pre-Paris and still subject to appeal) in Urgenda Foundation v The Netherlands in June 2015. A group of concerned citizens obtained an order that, based on a science-driven assessment of necessary action, the Dutch government had to ensure emissions were 25 per cent below a 1990 baseline, based on a duty of the state to protect its citizens from imminent danger.

Many of the obstacles thought by more conservative lawyers to preclude such a ruling were swept aside by the court, including the argument that the country only accounted for a very small fraction (about 0.5 per cent) of global emissions. A similar if less dramatic result was achieved in the case of Leghari v Republic of Pakistan.

In addition, public law can be used to compel public bodies to comply with the law. Thus, where there are legal obligations in relation to reducing emissions (as with the UK Climate Change Act 2008), the government will be amenable to challenge if it fails to abide by those obligations. Where GHGs are classified in law as a pollutant, this may engage national environmental laws.

In other states, a constitutional right to a healthy environment, or similar rights, may ground a challenge to a government that is not doing enough to limit emissions. Such an approach may also be facilitated by the granting in some jurisdictions of ‘legal personality’, and the accompanying right to bring actions, to traditionally impersonal objects or concepts such as rivers (as has happened in New Zealand) or ‘nature’ (as in Bolivia and elsewhere).

The recognition that the effects of climate change engage numerous national and international human rights, such as those to life, livelihood and health, provides a further legal route for holding states that fail to take action to account.

Of great current interest is the invocation in a climate change context of an ancient doctrine of public trust, whereby the state holds, and is bound to manage and protect, natural resources (including the atmosphere) for public benefit. The ‘Our Children’s Trust’ litigation in the US (Juliana v United States of America) has survived attempts to strike it out as legally unsustainable, and a trial date has been set for 2018.

Moreover, a number of fossil fuel trade organisations that initially pressed hard to be joined as parties have now withdrawn from the case, apparently fearing the consequences of the disclosure process. The case is of interest for many reasons, including its use of the concept of intergenerational equity, so that action today is taken for the benefit of future generations.

Corporations
Close attention has been focused not only on the actual activities of the fossil fuel industry but on its lobbying and statements on the validity/existence or otherwise, and effects of, anthropogenic climate change.

One example is the current battle in the US between ExxonMobil and various state attorney generals seeking information for an investigation into whether Exxon misled investors, as well as civil law claims for conspiracy or fraud.

Although of less dramatic significance, claims for false advertising (about the environmental friendliness of products) may also attract civil or regulatory liability.

While many human rights laws are of direct relevance only to states, in the Philippines a petition has asked its Commission on Human Rights to investigate the allegations that actions of carbon majors have caused human rights breaches.

Other tools have also been used to hold corporations to account, specifically by reference to their duties to report properly, including to regulators and shareholders, climate risks of various types. Particularly vulnerable are those whose business models are inconsistent with the Paris targets.

In addition, it is quite possible that businesses that use carbon-intensive processes to externalise and lower costs will fall foul of competition and trade laws.

Projects
Much action is directed at stopping specific high-emission projects, especially when no proper environmental impact assessment or consultation is involved.

This may be by direct challenge to coal mines, power plants (as in a South African decision in March this year) and so on. Or it can be by seeking to prohibit external agencies from financing such projects (as in a submission by Greenpeace to Canadian security regulators to halt the fundraising for a pipeline in May this year).

There is no doubt that just as the physical climate is changing, so is the legal climate. As the world adapts to climate change so the courts are adapting to the new legal challenges thrown up by it. It would be wrong to suggest litigation is an easy solution to climate change or a good substitute for effective international regulation.

It would be equally wrong to ignore the counterbalancing litigation brought by (in particular) the fossil fuel industry to challenge regulation at national or local level.

But in this author’s view, the direction of travel is clear, and the courts are increasingly willing to reflect the global consensus on the need for action on climate change.