How can trade help? 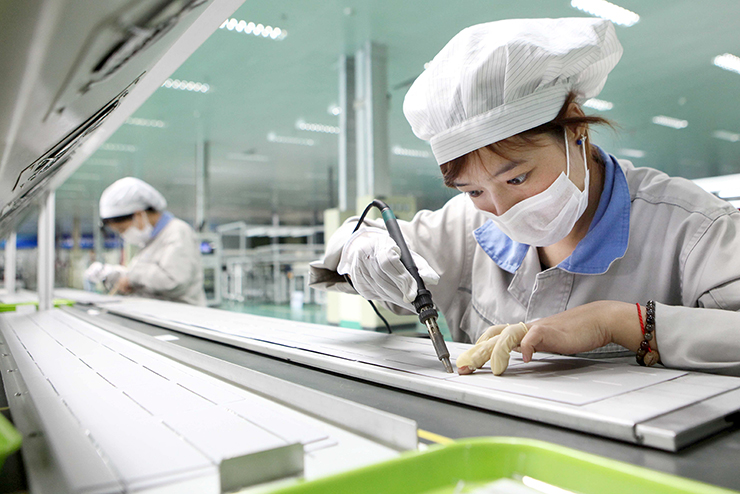 How can trade help?

The World Trade Organization (WTO) agreements provide a legal framework that may be relevant to some of the measures adopted by governments in their efforts against climate change. Increasing global concern about the effects of climate change has led to important developments in national regulatory policies in recent years.

In the Paris Agreement, countries agreed to put forward nationally determined contributions (NDCs) to climate change action. According to synthesis reports by the UN Framework Convention on Climate Change Secretariat on these pledges, over half indicate that parties are considering the use of market-based instruments, while some also include strengthening laws and regulations on climate change.

However, successive reports by UN Environment found that even with full implementation of NDCs, emissions reductions would still fall below what is necessary to achieve agreed targets at lowest cost pathways.

The implementation of NDCs, coupled with the move towards lower-carbon and greener economies, will thus require the adoption of a host of ambitious national climate change mitigation and adaptation policies. Naturally, some of those measures will have an impact on trade or will rely on trade instruments. Carbon taxes, green labels, environmental standards and subsidies for renewable energy production are often cited as examples of trade-related climate action.

WTO rules have an important role to play and can make a positive contribution to climate action by ensuring that trade-related measures are coherent and fit for purpose. This avoids unnecessary tensions and ensures that trade plays its role in the move towards low-carbon economies.

More than 20 years of jurisprudence under the WTO show that trade rules do not prevent environmental action. Rather, they seek to ensure that green measures are not applied arbitrarily and are not used as a disguised restriction on trade – in other words, that protectionism is not introduced through the back door. In fact, it seems clear that protectionism could have a negative effect on environmental objectives, for instance by making environmental technologies more expensive and less accessible.

As Erik Solheim, Executive Director of UN Environment, recently stated in an interview with Climate Home News, an increase in protectionism would be “very bad for the environment because you waste resources rather than using them effectively. It will make the spread of environmental technologies less fast. And, of course, it will keep more people in poverty for a longer period of time.”

Sustainable development is one of the core principles of the WTO and is enshrined in its founding agreement. Trade, as an ‘amplifier’, is a critical tool in achieving the objectives of the Paris Agreement. This has been recently addressed in a joint study developed by UN Environment and the WTO as part of their high-level dialogue on trade and environment.

In general terms, with the appropriate supporting policies to correctly reflect the costs of environmental degradation and the benefits of ecosystems protection, trade has a role to play in providing the best, most resource-efficient solutions to developmental and environmental needs. Trade leads to important efficiency gains globally, allowing for better use of natural resources. In that sense, what we need (as pointed out in the joint study) are sound social and environmental policies that “can be used to help shift incentives and redirect resources towards more sustainable and inclusive growth”.

A multilateral trading system
In recent years, parties to the Paris Agreement have been working together to lay out the rulebook under which climate action shall be deployed. They have also sought to provide more clarity and guidance to ensure as much consistency and harmonisation as possible.

Specific concerns about the economic impact of climate response measures have been the subject of debate under the forum on response measures, established by the 2011 Durban climate conference. The forum has recently been focusing on two topics: economic diversification and just transition of the workforce. The hope is that such efforts will provide a decisive and more coordinated response to the challenges raised by climate change.

Here, a robust and well-functioning multilateral trading system can also help. The WTO has been serving as a framework through which its members have engaged in a peer review of each other’s trade policies, including those aimed at achieving environmental goals. Through this multilateral exercise, WTO members are able to quickly address and voice concerns regarding the impact of trade or trade-related policies on their own economies or on the multilateral trading system as a whole. They are also able to exchange best practices and learn from others’ experiences.

Data from WTO’s Environmental Database show that a steadily growing percentage of trade measures notified are environment-related, reaching around 16 per cent of all notifications in recent years. From 2009 to 2017, there have been more than 10,000 environmental measures notified to the WTO and 7,000 environmental entries identified in trade policy reviews, a periodic transparency exercise that WTO members are required to undergo. Out of these, more than 3,500 measures and around 70 per cent of reviews have included references to climate-related action.

This huge wealth of information offers a window into how WTO members have been pursuing their environmental objectives through trade policies. It also offers an opportunity for members to gather and discuss particular issues. The WTO provides a number of mechanisms for members to exchange views on how these trade policies might more effectively reach their objectives while also enabling trade to play its role.

For instance, in the Committee on Trade and Environment, WTO members regularly discuss issues such as carbon footprints and labelling, NDCs and potential market access implications.

Finally, the WTO works as a forum in which members exchange views and ultimately negotiate ways to improve their trade relations. Opening up trade can help efforts to mitigate and adapt to climate change, for example by promoting an efficient allocation of the world’s natural resources, raising standards of living (and hence the demand for better environmental quality) and improving access to environmental goods and services.

According to a study by the World Bank on trade and climate change, the elimination of both tariff and non-tariff barriers to clean technologies could result in a 13 per cent increase in their trade. This would increase the diffusion of such technologies in developing countries and help decrease greenhouse gas emissions.

In sum, the WTO has played and will continue to play an important role in offering an appropriate forum for these discussions, overseeing the trade-related aspects of the debate and ensuring that members are able to exchange views on how best to guarantee that trade and tackling climate change are mutually supportive.

In the current context of enhanced instability and unilateralism, upholding a strengthened multilateral trading system is part of the efforts to ensure an efficient, coordinated and coherent response to the challenges posed by climate change.

Ludivine Tamiotti is Counsellor and Daniel Ramos Legal Officer in the Trade and Environment Division of the World Trade Organization (WTO). The views expressed in this article rest solely with the authors and are without prejudice to the positions of WTO members and to their rights and obligations under the WTO, or to that of the WTO Secretariat. Contact: ludivine.tamiotti@wto.org