How cities must change

By 2050, two thirds of the world’s population will live in cities – they must become low or no-emission environments 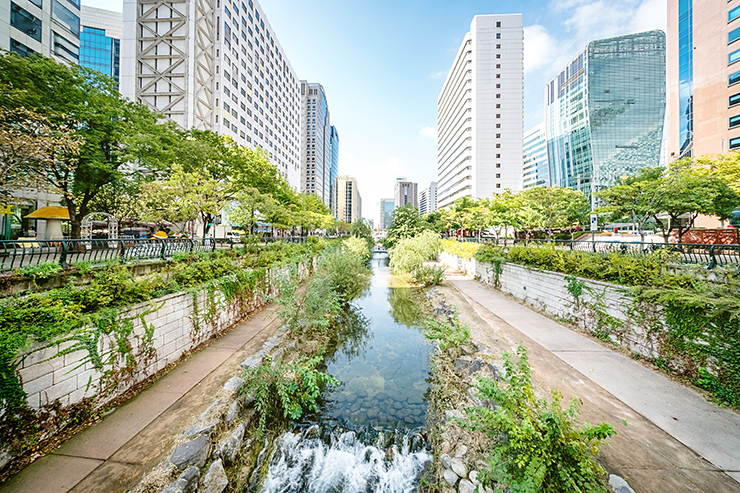 How cities must change

By 2050, two thirds of the world’s population will live in cities – they must become low or no-emission environments

Stabilising global warming at 1.5°C is critical to prevent irreversible loss of biodiversity and secure our communities against dangerous weather and other harmful climate change impacts. This requires substantial and rapid change. The goals of the Paris Agreement can only be achieved if we intensify our efforts and implement high-impact solutions to reduce global greenhouse gas (GHG) emissions. Here the role of local governments in cities is key to define and implement the pathway of low-to-no emission development and climate resilience.

Cities contribute 70 per cent of the world’s GHG emissions. Yet they are natural areas for local action, and also offer the best chance for reducing countries’ per capita emissions, given their high population densities. The focus needs to be on switching to clean sustainable fuels, optimising energy efficiency, and planning our city spaces carefully. These approaches are relevant to both the Global North and South.

While local government leadership is vital, city halls are only likely to succeed if the right national policy frameworks are also in place. At ICLEI, we have long advocated for strong links between national and local policy. Four focus areas – derived from a study by ICLEI USA, What’s driving changes in local GHG emissions? – outline some of the most important factors in urban climate change.

Battling urban sprawl
Urban sprawl occurs when cities grow in a way that disrupts the relationship between the amount of space a local government manages and the number of people it serves. It can occur for any number of reasons, including poor zoning or unfavourable market conditions.

Urban sprawl undermines the fundamental climate advantages of cities. When the distance between people becomes greater, so too does the cost of infrastructure designed to support them. Coupled with increased travel times for people living outside the city centre, sprawl also encourages higher emissions per capita.

To avoid urban sprawl, local governments need to create an environment that encourages denser development and settlement. This could, for example, take the form of an efficient public transport network constructed ahead of planned development. If people have ready access to public transit, it is more likely that the area will be developed in a more dense and efficient manner. Likewise, dedicating areas to green space will allow for more concentrated natural development, creating urban nature systems while minimising the risk that they will be built on later.

Dense development is not without challenges. But if we are to use cities as a tool for climate action, we must preserve their advantage of energy efficiency.

Making mobility more efficient
While dense development makes most forms of service delivery more efficient, there is an important counterpoint: street traffic. As cities become more densely populated, so do the streets. This has important implications for the environment: while vehicles in an urban environment are not driving further, they are certainly producing more emissions.

This is especially true for urban freight. When considering options for efficient transportation, municipalities and companies often do not provide adequate provisions for loading, unloading and deliveries in their territory. This leads to increased congestion and idling engines, often powered by diesel, that produce great volumes of carbon dioxide. In Argentina, where ICLEI’s EcoMobility programme is rolling out, urban freight accounts for 40 per cent of the country’s entire transport-related emissions.

Controlling the local climate
Anyone who has been in a hot metropolis during the summer can attest to the impact of asphalt on the local temperature, and the need to find shade. Cities concentrate materials that capture and radiate heat in a small area. This leads to energy being spent on cooling that could have been avoided if the local environment (or at least the buildings) were cooler.

One of the easiest, most cost-effective solutions for controlling spiralling temperatures is a natural one. Trees improve local air quality and combat erosion, but also provide a strong cooling effect on local neighbourhoods, reducing ambient temperatures in the surrounding buildings. This reduces the need for cooling and, as a result, reduces the city’s energy consumption overall. In some neighbourhoods in Boston, USA, the loss of trees meant local energy consumption increased by nearly 20 per cent.

Local governments can use building codes to encourage the construction of better-insulated, more energy-efficient buildings. When new developments do not require as much energy to maintain their temperatures, they will be more environmentally friendly than their poorly insulated counterparts.

Leading by example
One action area for every local government to tackle emissions is in government operations. The substantial governmental purchasing power can be used to support ecologically friendly, carbon-neutral products and materials. Local governments are encouraged to set, monitor and achieve climate neutrality – including sustainable public procurement targets.

This could be as simple as using recycled paper in all municipal offices, or decisions on how to source electricity. It could even be where pension funds are invested (not in fossil fuels) to push the needle towards greener products and services across the board. Regardless of the form it takes, local governments can make a huge impact on the market for sustainable materials by choosing them over less sustainable alternatives.

Making progress together
If city resources are mobilised, and if local governments are collaborative and well supported by their national governments, then the dramatic change we need to limit global warming to 1.5°C is within reach.