How clean is biomass?

Championed as a carbon-neutral source of renewable energy, biomass enjoys regulatory and subsidy support in several countries. But are assumptions about its green credentials correct? 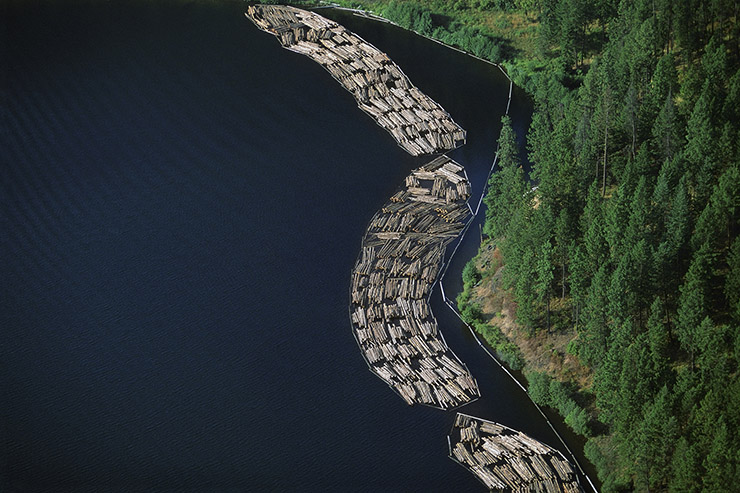 Timber being rafted to a sawmill in Idaho, US. In 2016 the EU used biomass (mainly wood) for 44 per cent of its renewable energy consumption, relying heavily on imports from the US, Canada and Russia. © Glowimages/Getty Images

How clean is biomass?

Championed as a carbon-neutral source of renewable energy, biomass enjoys regulatory and subsidy support in several countries. But are assumptions about its green credentials correct?

The use of wood for electricity generation and heat in modern (non-traditional) technologies has grown rapidly in recent years, particularly in EU member states, in pursuit of renewable energy and climate policy goals. In 2016, energy from solid biomass (mainly wood) accounted for about 7.5 per cent of EU gross final energy consumption and about 44 per cent of total renewable energy consumption.

Although the EU is the world’s largest producer of wood for energy in modern technologies, consumption is higher. So the EU is also a major importer, mainly from the US, Canada and Russia. In 2016, the UK alone was responsible for consuming a quarter of global production of wood pellets.

For its supporters, the use of wood for energy offers a flexible way of supplying renewable energy, with additional benefits to the global climate and to forests. To its critics, it can release more greenhouse gas emissions into the atmosphere than the fossil fuels it replaces, and it also threatens the maintenance of natural forests and the biodiversity that depends on them. Just like the debate around transport biofuels in recent years, this has become a highly contested subject with very few areas of consensus.

The biomass industry has grown rapidly in recent years on the back of financial and regulatory support from governments in many countries. The justification for this approach is the claim that biomass is a carbon-neutral energy source.

Yet if biomass is burnt in the presence of oxygen, it produces carbon dioxide – and, in general (depending on the type of ‘feedstock’ (fuel) and efficiency of the power plant), at a higher rate per unit of electricity generated than coal, and much higher than gas.

The claim of carbon neutrality tends to derive from the assumption that the emissions from burning the biomass are part of a natural cycle in which, over time, tree or plant growth balances the carbon emitted on combustion (as long as the trees or crops are regrown after harvesting). Hence calculations of the impact of biomass use on the climate ignore entirely emissions from combustion, and measure only emissions from the supply chain (from harvesting, processing the wood and transporting it). This is a very widely held assumption. It underlies, for example, all the climate mitigation scenarios involving biomass reviewed by the Intergovernmental Panel for Climate Change in its Fifth Assessment Report in 2014.

But, left to themselves, trees continue to grow and sequester carbon. If trees are harvested specifically for energy, not only is the stored biomass converted into carbon dioxide immediately, but the future carbon sequestration potential of the tree – i.e. the carbon that would have been absorbed during the remainder of its lifetime – is lost. This foregone future sequestration can be replaced if replanting occurs after harvesting, but the initial rate of absorption will be slower. This is because although young trees grow faster than mature specimens, their much lower leaf cover means they absorb much less carbon from the atmosphere. The carbon payback period – the time before which carbon emissions return to the level they would have been at if fossil fuels had been used – can be decades or even centuries.

Complicated calculations
While there is a difference between the carbon sequestration rates of individual trees and entire forests – older forests tend to contain fewer trees, as an increasing number succumb to pests or disease – studies suggest that in forests between 15 and 800 years of age, net ecosystem productivity (the net carbon balance of the forest, including soils) is usually positive.

It is also possible to manage forests for conservation, for example by removing dead trees to reduce the risk of wildfires. This, coupled with forest ecosystem restoration – letting forests regenerate naturally – is a much better approach to maximising the uptake of carbon from forests than planting trees for timber production. Tree plantations are much poorer at storing carbon than are natural forests, and their regular harvesting and clearing releases stored carbon dioxide back into the atmosphere every 10 to 20 years. In practice, plantations hold little more carbon, on average, than the land cleared to plant them. By contrast, natural forests continue to sequester carbon for decades or centuries.

These calculations relate to the use of whole trees harvested specifically for energy. In practice, however, at present the main feedstocks used by the biomass industry – though not the only ones – tend to be wastes or residues from other forestry operations, including sawmill wastes and forest residues (material such as branches, tops or stumps left after harvesting for wood products). In this case the impacts on forest or soil carbon stocks are much lower, since these do not involve harvesting specifically for energy, and consequent loss of future sequestration.

Calculating the overall carbon impact is particularly complicated, however, due to the varying consequences of counterfactual uses. Sawmill residues can be used for engineered wood products, locking the carbon in the built environment, as well as for energy. If forest residues that would otherwise have been left to rot and fertilise soils in situ are removed, this may have significant negative impacts in terms of soil degradation and associated declines in levels of soil carbon and rates of tree growth.

The overall impact of the use of wood for energy accordingly needs to take into account a wide range of factors that affect the balance between carbon in biomass and in the atmosphere. These include: the impacts of any initial land clearance to grow trees (in the case of plantations); any indirect land-use effects; any losses of soil carbon during harvesting; supply-chain emissions from the energy consumed in harvesting, processing and transporting biomass; and the time delay until replacement trees are large enough to absorb carbon at the same rate as the harvested trees.

This is why many observers argue for ending financial and regulatory support for biomass, an argument strengthened within the energy sector by the rapid falls in the cost of competing sources of renewable power – mainly solar and wind – in recent years. But non-fossil-fuel alternatives to biomass for producing heat directly are much less well commercialised. There may also be scope for the process known as ‘biomass energy with carbon capture and storage’ (BECCS), through which the emissions from combustion are captured and stored underground.

Whether these uses of biomass are really carbon neutral or (in the case of BECCS) carbon negative will depend critically on the feedstocks used. Fast-growing energy crops, for example, are likely to be much better than wood. The case for carefully regulating the feedstocks that can be subsidised – restricting them, for example, to those that are most likely to reduce net carbon emissions – is a very strong one.

Sadly, although an increasing number of scientists and others are now calling for just such restrictions, the recent level of support for biomass has led to the development of an industry that now lobbies fiercely against the removal of its subsidies. Whether policymakers have the courage to grasp this nettle – as they are beginning to, for example, with the similar case of subsidies for transport biofuels – will be one of the great challenges of the next few years.