How to decarbonise transport

Transport emissions are demonstrating stubborn growth. What are the alternative technologies to make mobility sustainable and universally available? 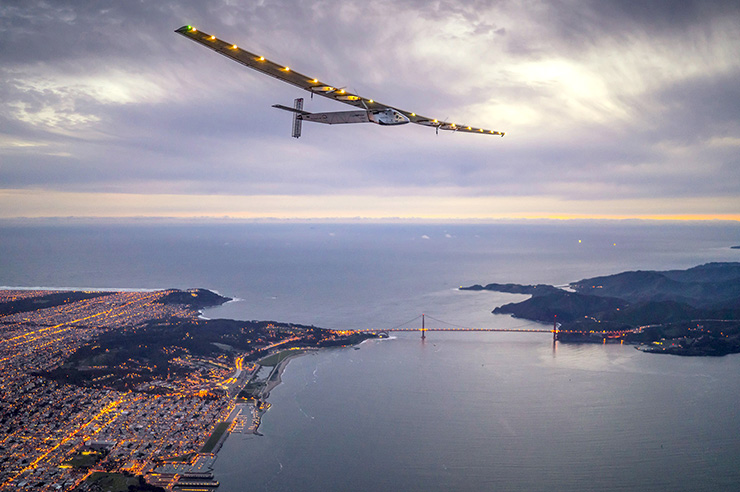 The solar powered ‘Solar Impulse 2’ over San Francisco, after a flight from Hawaii during its circumnavigation of the globe. Aviation is particularly problematic as alternative fuels can’t match the energy density of hydrocarbons © Jean Revillard via Getty Images

How to decarbonise transport

Transport emissions are demonstrating stubborn growth. What are the alternative technologies to make mobility sustainable and universally available?

Developed economies have evolved around ubiquitous access to transport – be this cars, trains, ships or planes. Yet for many parts of the world access to any form of modern transport remains an unrealised ambition.

In Africa, for example, around 450 million people are estimated to have little or no access to transport infrastructure. This impacts people’s quality of life and hinders development. It should therefore be a global ambition that mobility is equally available to all. Indeed, this links to a number of the Sustainable Development Goals adopted by world leaders in 2015, including the goals on health, energy, resilient infrastructure, and sustainable cities.

Yet at the same time as we harbour this ambition, emissions from the transport sector continue to grow. It has been forecast that between 2015 and 2030 annual passenger traffic will increase by 50 per cent and global freight volumes by 70 per cent, and that an additional 1.2 billion cars will be on the road. In 2012, transport was the largest energy-consuming sector in 40 per cent of countries worldwide. The sector currently contributes 23 per cent of global energy-related greenhouse gas (GHG) emissions and 18 per cent of all human-made emissions. Indeed, there is increasing concern over the environmental and associated health impact of transport emissions, such as nitrogen oxides, particulates and volatile organic compounds, which reduce air quality in our towns and cities.

Road transport is the largest contributor to global carbon transport emissions, at around 75 per cent. Air and water-borne transport make up most of the balance. The growing concern over road transport emissions has led to locally implemented low-carbon or zero-emission zones in some cities, and regulations in some regions to influence vehicle carbon emissions. For example, the EU introduced new regulations on CO2 emissions from new cars and vans in 2009 and 2011 respectively, driving industry investment to improve fuel efficiency.

Different fuels
Governments in some countries have made ambitious statements on transport, such as the UK Government’s recent commitment to end the sale of new conventional petrol and diesel cars and vans by 2040. And the UN’s International Maritime Organization has recently approved the first agreement to cut GHG emissions in the shipping sector to 50 per cent of their 2008 level by 2050. Faced with these challenges, what choices exist? Of course, we already have some zero-carbon and zero-emission transport options (walking and cycling), and there are policy measures in place in many economies to encourage a greater shift to these modes.

We also have options to reduce the growing demand for transport, such as home working and video conferencing. All this helps reduce demand. But none of it is sufficient to eliminate our current dependence on energy-dense fossil fuels for most of our transport needs.

The solution lies in moving to different fuels:

Where does this leave us in terms of our transport choices, and what may be the best options going forward? For light-duty transport such as cars and vans, it seems best to focus on low-carbon electricity and hydrogen. Battery EVs can now offer ranges approaching 300 miles, though these vehicles remain relatively expensive today. Costs will fall as we learn more about the technology, and as battery research and development continues to advance.

Hydrogen vehicles are emerging and offer fast refuelling (similar in time and process to conventional fossil fuels) and a range of around 300 miles with current technology, though costs are also high at present.

For long-distance and heavy-duty vehicles, the energy density of the fuel becomes more important. The volumetric energy density of a liquid fuel such as gasoline or biodiesel is currently around 30 times higher than a lithium ion battery, and around three times higher than compressed hydrogen. This illustrates the challenge facing battery (and to some extent hydrogen) EVs when long range is needed, despite the significantly greater efficiency of EVs over those based on internal combustion engines.

So, it is difficult to envisage the majority of HGVs, ships and planes being powered on electricity alone. Here the most likely options are the use of biofuels and hydrogen – the former in particular for the most energy-dense applications, such as aircraft. For buses and some heavy-duty vehicles, hydrogen also becomes an attractive option. This allows us to focus our biomass resources onto the most challenging transport applications.

A shift to clean transport
Our transport system of the future is therefore likely to rely on a mix of biofuels, electricity and hydrogen. The balance between these is difficult to predict, but for the reasons discussed different fuels are very likely to be more dominant in different sectors.

To achieve this we need to invest not only in the transport technologies themselves, but also in the infrastructure that supports them, including electric charging points, electricity generation and distribution systems, hydrogen refuelling, low-carbon hydrogen generation and the production of biofuels.

These will all require support from governments, together with consumer engagement – and much learning by doing. But none of it is too difficult. We have already seen the pushback against diesel fuels in many parts of the world. And many countries are recognising the potential competitive advantage of investing in and using these cleaner alternatives.

Local initiatives will be important in shifting public attitudes and motivation, and greater awareness of the health impacts will reinforce this. Fossil fuels will continue to be an important part of the transport mix for some years to come, not least because vehicles sold today will remain in use for many years.

But once consumers can be offered clean transport choices without compromising cost and performance, then the shift to clean transport systems could happen very quickly indeed.