An international court for the environment?

How effective are current international courts at protecting communities when human activity causes environmental damage? Is there a case for a new mechanism to ensure that climate commitments are upheld? 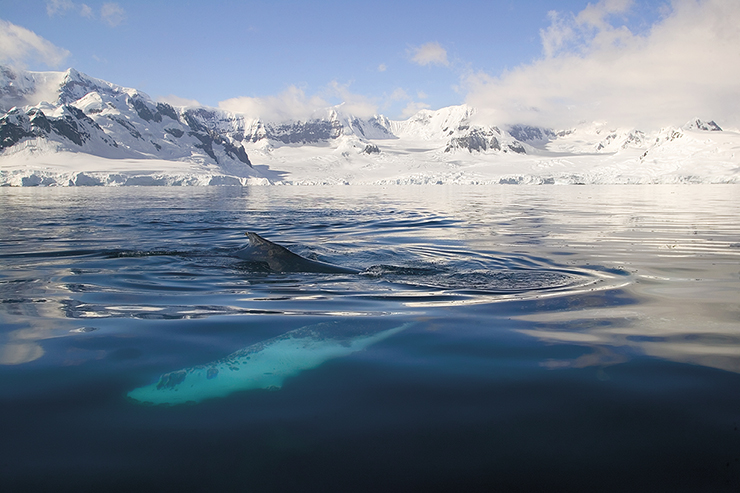 Humpback whale in Wilhelmina Bay, Antarctica. Although the ICJ has struggled with complex environmental data in the past, it demonstrated greater competence in its handling of the Whaling  in the Antarctic case in 2014.
©Sue Flood/Getty Images

An international court for the environment?

How effective are current international courts at protecting communities when human activity causes environmental damage? Is there a case for a new mechanism to ensure that climate commitments are upheld?

In 1972, the UN held its first major intergovernmental conference on the environment. Since then, regional and multilateral environmental treaties have proliferated in number, scope and geographic reach.

These treaties contain a wide range of non-punitive compliance mechanisms (for example, obligations to monitor and report on implementation). But when it comes to environmental disputes, there are fewer tools available. Binding adjudicative measures are less common in environmental treaties than in other areas of international law, such as investment protection.

Nevertheless, the number of disputes before international courts and tribunals that involve environmental concerns is growing, whether they arise from domestic law, environmental treaties or economic treaties. This trend is driven in part by the increasing awareness of, and tensions between, exploiting the natural environment for economic gain and its conservation for sustainable health, cultural, social, economic, scientific and other purposes.

This trend is most evident in two contexts. First, in investor–state dispute settlement (ISDS), where individuals and companies can use international arbitration to challenge the right of states to impose and modify environmental laws, among others. Second, in state-to-state disputes before the International Court of Justice (ICJ), the International Tribunal for the Law of the Sea (ITLOS) and the World Trade Organization, as well as other international bodies.

In addition, in the early 2000s, the Permanent Court of Arbitration (PCA) created specialised optional arbitration and conciliation rules for disputes relating to the environment and/or natural resources. Although seldom used in practice, those rules have been included in some commercial contracts, and the PCA has been designated as the administrative body for disputes under certain environmental treaties.

Beyond these rules and institutions, there is no specialised international court or tribunal with competence over international environmental matters. This is despite the fact that much modern-day activity within individual states causes transboundary and global environmental harm and contributes to ever-worsening global climate change.

Whether an international adjudicative body for the environment would be feasible or beneficial is hotly contended. This article briefly addresses two key issues: (i) whether existing international institutions can adequately address modern disputes involving the environment, and, if not, whether they can be modernised; and (ii) whether it would be beneficial to create a new, specialised adjudicative body for the environment that functions within the global dispute settlement system (as has occurred in domestic legal systems).

As a result, it is often unclear which law is most applicable to a dispute and which international court or tribunal has better jurisdiction over the dispute, creating risks of forum shopping and fragmentation of international law.

Many argue that generalist courts such as the ICJ, or specialised bodies such as the ITLOS, are more appropriate forums for hearing state-to-state disputes that involve the environment, due to their broad jurisdictional competence and ability to engage experts, and that arbitral tribunals are better suited to private disputes. Others note the deficiencies in the constitution and/or practice of existing bodies in addressing environmental issues and suggest that it is because of these challenges, along with the increasing global nature of environmental concerns, that a specialised institution should be created.

While procedural rules could be amended to provide standing, for example, some consider that the existing institutions are just too limited.

A new, dedicated environmental court or tribunal?
One alternative could be to carefully design a new, specialised international court for the environment. Political support for this concept has been mixed since the late 1980s, but appears to be gaining ground in some quarters. At present, however, most states would not support the concept, despite calls in the 1992 Rio Declaration, the 2012 UN Conference on Sustainable Development and the 2015 Sustainable Development Goals, among others, for better public and open participation in international disputes, including those related to the environment.

But there may still be benefits from imagining a different international adjudicative landscape, not least of all to show us how existing institutions could be enhanced. When designing such a court, its eventual legal architecture would have to consider issues such as the breadth of its mandate (the definition and type of environmental disputes covered), the scope of jurisdiction (whether it would apply to states only or to non-state actors as well) and the applicable law.

Whatever the model, from a cost and capacity perspective, a threshold test should be imposed to ensure that only the most serious matters are heard before the court or tribunal.

There are many potential benefits of an international environmental court. First, the court could provide a centralised system of dispute settlement that is accessible to a range of actors, including individuals, corporations and civil society. Second, a pool of dedicated scientific experts could assist the judges and arbitrators. Third, it would strive to clarify legal obligations, harmonise international law related to the environment and complement existing regimes, thereby increasing legal certainty and predictability. Fourth, it could encourage the use of preventative and, where necessary, injunctive measures to minimise ongoing environmental damage. Fifth, it could become the standard compliance and dispute settlement mechanism for environmental treaties (of which over 500 exist), such as the UN Framework Convention on Climate Change, Kyoto Protocol and the Convention on Biological Diversity, thereby reducing the financial and human resources burden associated with the proliferation of treaty bodies. Sixth, it could help to build trust among states, individuals and the business community through the provision of workable solutions to modern environmental concerns.

In practice, there are two pathways to forming a new court or public tribunal: through an international treaty, either within or external to the UN system, or by UN resolution. Some conceptualise the body as an arbitration tribunal (rather than a UN tribunal) that is geographically mobile. In that model, the quickest, cheapest and easiest way to set it up would be by mutual agreement between parties to a dispute involving the environment to submit to the jurisdiction of the arbitral tribunal and to be bound by its award. Similar approaches have been pursued in the Biodiversity Compact and the Bangladesh Accord on Fire and Building Safety, where companies have agreed to arbitrate issues involving human rights and the environment.

It is unlikely that an international court or tribunal for the environment would become the sole solution to environmental governance and dispute resolution. It is, however, an idea worth considering and has been recommended by the International Bar Association as a potential long-term endeavour. In the interim, contemplating better models for resolving international environmental disputes can provide solutions to modernise the existing dispute settlement regime.

For a more in-depth analysis, see the forthcoming publication: Stuart Bruce, “The Project of a World Environment Court”, in Christian Tomuschat (ed), The OSCE Court of Conciliation and Arbitration (Brill, 2016).