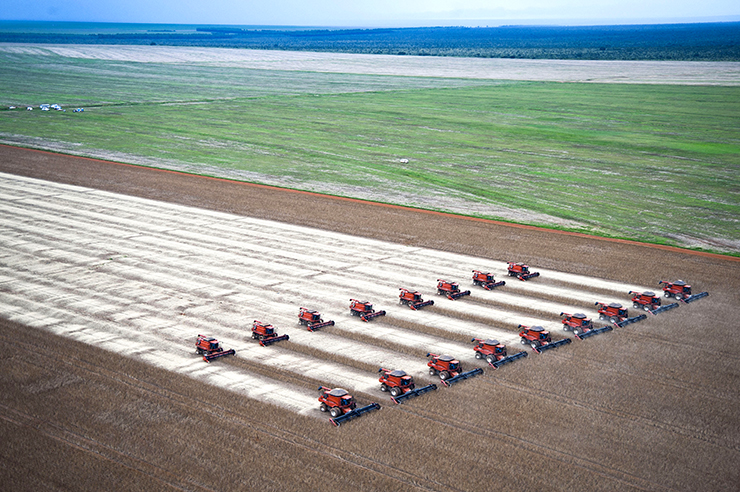 Global collaboration and the free ﬂow of ideas and solutions between people and governments around the world will be absolutely crucial as we face the climate challenge.

Economic globalisation, however, is something very different. With its goals of perpetual growth, carbon-intensive trade and deregulated corporate power, economic globalisation has fuelled enormous increases in inequality while rapidly accelerating the release of carbon into the atmosphere.

The destabilising impacts of corporate globalisation on local jobs and communities have created two separate counter-movements: one that is hopeful and one that is potentially dangerous.

On the one hand, a rise in xenophobia and nationalism is threatening the ability of the global community to enter into cooperative agreements to protect the climate. On the other hand, and far more hopeful for the climate, is the growing movement to return power from transnational corporations to people, communities and democratically elected governments – the movement for economic localisation.

To understand how economic localisation can help us implement the Paris Agreement, we need to question the assumptions that many well-intentioned people have about the ideas of growth, development and ‘progress’. We need to look at the many beneﬁts – for people, for food security, for ecosystems and the climate – of diverse, connected but economically localised communities.

Similarly, we must ensure that there is a genuine exchange of ideas and solutions between more and less developed countries. Vibrant, sustainable ways of life already in existence around the world must not be abandoned in favour of one culturally biased and technology-dependent deﬁnition of development.

Globalised inequality and the climate
It is often implied that poverty in the Global South can only be addressed by encouraging foreign investment and development on a globalised model. But in fact we see that corporate globalisation has enabled transnational companies to extract resources and labour from poor countries – those with the most lax labour and environmental regulations.

The result is that wealth is concentrated in fewer and fewer hands. As of last January, according to an Oxfam report, just eight men owned the same wealth as the 3.6 billion people who make up the poorest half of humanity. When we frame climate solutions only in terms of investment in large-scale corporate ‘green’ technology, we risk continuing to exacerbate this trend.

Citing the North American Free Trade Agreement, US company Lone Pine Resources Inc. sued Canada for $250 million because the province of Quebec placed a moratorium on natural gas fracking. TransCanada Corporation sued the US for $15 billion for blocking the Keystone XL pipeline. This leads to a climate of ‘regulatory chill’ as countries – particularly poorer ones – become afraid to pass environmental legislation that would leave them open to ISDS suits.

Trade agreements and fossil-fuel subsidies have also led to dramatic increases in emissions from transport. Fish caught in North America are sent to China for ﬁlleting, and then back to the US for sale. At the same time, many countries import and export similar quantities of the same agricultural products, as tax incentives make food grown thousands of miles away cheaper than food grown down the street.

Such globalised production also lets countries dodge the true environmental costs of their consumption. In 2006, 21 per cent of air pollutants produced in China were created in the manufacture of goods for export to the US.1 The raw materials that went into those goods may have already travelled from South Africa or Indonesia.

Climate and the globalised food system
Estimates of the food sector’s contribution to greenhouse gas emissions range from 19 to 29 per cent. The industrial monocultures that make up the bulk of internationally traded food commodities rely heavily on agrochemicals and mechanised equipment – both of which result in signiﬁcant emissions. They also degrade soil, depleting it of its ability to sequester carbon.

Monocultural farming for export is not only less climate-friendly, it leaves people vulnerable to ﬂuctuating international markets and threatens local food security.

As the UN Food and Agriculture Organization explains: “Family and small-scale farming are inextricably linked to world food security. Family farming preserves traditional food products, while contributing to a balanced diet and safeguarding the world’s agro-biodiversity and the sustainable use of natural resources.”

Many rural communities that are deﬁned as among the poorest in the world in fact have signiﬁcant resilience and ecological health from sustainable local food production. Statistics that measure poverty only in terms of per capita income may conceal the fact that when people move from rural smallholder farming into, say, sweatshop jobs in urban centres, their quality of life often goes down even as their cash income – and their carbon footprint – goes up.

What is progress?
The Paris Agreement takes the important step of encouraging more developed nations to shoulder a greater share of the climate burden. It is important to remember, however, that this does not mean all nations should follow the same pathway to development.

Western culture celebrates material consumption, technology and wealth in ways that are inherently unsustainable. The conventional economy measures, in Robert F. Kennedy’s words, “everything except that which is worthwhile”.

Shail Shrestha, a member of the delegation from Nepal to the UN climate conference in Paris, emphasises that, “responding to climate change requires a major change in value systems and calls into question the very meaning of ‘prosperity’”. He says: “Within the Paris framework there are predeﬁned roles for nations – determined by their status as developed nations, developing nations, and LDCs [least developed countries] – that are based on culturally biased deﬁnitions of development.

“Those deﬁnitions essentially assume that industrialisation is fundamental to development. There is no acknowledgment of historic contributions by LDCs, through their traditional cultures, to the conservation of resources and natural areas…

These movements enable people to link hands across many divides: North and South, left and right, economic and environmental, urban and rural.

Localising our economies does not mean turning away from global cooperation or condemning societies to poverty. On the contrary, it means strengthening local economies as we open a deeper global dialogue in our effort to meet the growing climate challenge.