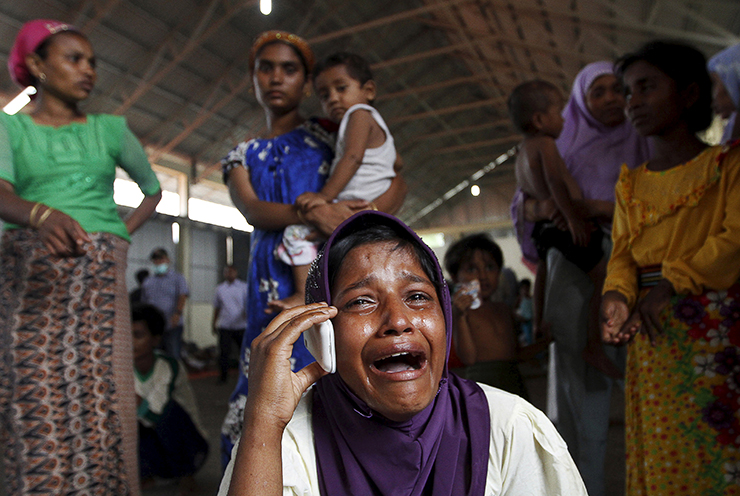 A Rohingya migrant who arrived in Indonesia by boat cries while speaking on a mobile phone with a relative in Malaysia, at a temporary shelter in Kuala Langsa in Indonesia’s Aceh Province May 16, 2015. Nearly 800 migrants were brought ashore in Indonesia on Friday, but other vessels crammed with them were sent back to sea despite a United Nations call to rescue thousands adrift in Southeast Asian waters with dwindling food and water. Thousands of Rohingya Muslims fleeing Myanmar and Bangladesh are stranded on boats as regional governments block them from landing. REUTERS/Roni Bintang TPX IMAGES OF THE DAY – RTX1D6RL