Our planet demands fast action on climate change, yet the pace of national policymaking and implementation can be frustratingly slow. Can cities and their mayors show the way? 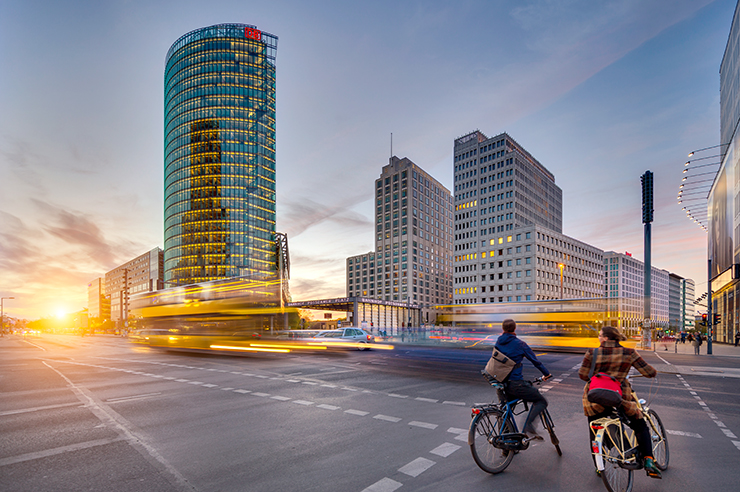 Our planet demands fast action on climate change, yet the pace of national policymaking and implementation can be frustratingly slow. Can cities and their mayors show the way?

On 1 June 2017, President Donald Trump ended months of speculation and confirmed that his administration would seek to withdraw the United States from the Paris Agreement on Climate Change. The response from political leaders within America and around the globe has been remarkably swift and united in condemning the decision. Ban Ki-moon, the former UN Secretary-General, captured the mood of defiance, by saying that the Paris Agreement “once unthinkable, is now unstoppable”.

Among the fiercest critics of Donald Trump’s decision have been the mayors of American cities and the great cities of the world. C40’s board president and 108th mayor of New York City, Michael Bloomberg, who also serves as the UN Secretary-General’s Special Envoy for Cities and Climate Change, generously pledged to give $15 million to the UN climate change secretariat to compensate for the gap in funding that will result from the US withdrawal.

At the time of writing, more than 360 American mayors have committed to adopt, honour and uphold Paris Agreement goals.

Together, these cities joined hundreds of US states, universities and businesses to declare ‘We Are Still In’ and committed to “pursue ambitious climate goals, working together to take forceful action and to ensure that the US remains a global leader in reducing emissions”.

Many of the same leaders are now working on the creation of the ‘America’s Pledge’. This is an unprecedented effort to aggregate carbon reductions by cities, regions, businesses and other social actors to ensure that the US achieves its Paris Agreement commitment.

Beyond the US, Anne Hidalgo, mayor of Paris and chair of the C40 network of cities that are committed to action on climate change, has said: “The next four years will be crucial in determining if the worst effects of climate change can be avoided… The great cities of the world, in particular the 12 American C40 cities, remain resolutely committed to doing what needs to be done to implement the Paris Agreement.”

Binding commitments
In the hours following President Trump’s announcement, more than 50 cities – from Paris to Montreal, from Auckland to Seoul – lit their city halls or their iconic monuments in green, as a sign of their commitment to the Paris Agreement.

This response is not surprising. C40 has been working with city leaders and mayors for more than a decade and has seen their determination to act on climate change for the benefit of their citizens.

Recent events mean that many of America’s largest cities are now far more ambitious on climate action than the federal government. It is no longer clear whether the US will pursue national targets for reducing emissions or renewable energy. In contrast, many cities have made bold and binding commitments.

Within hours of President Trump’s announcement, Portland and Pittsburgh committed to using 100 per cent renewable energy by 2050. Boston, Los Angeles, New York City, Washington DC, Chicago and many other cities have set targets of reducing their emissions by 80 per cent by 2050, consistent with the ambition set out at Paris.

This is not a new phenomenon, nor is it limited to US cities. Copenhagen aims to be carbon neutral by 2025, a far more ambitious goal than that of Denmark as a whole. Stockholm has plans to become fossil fuel free and cut its greenhouse gas (GHG) emissions by 100 per cent by 2040, five years ahead of Sweden’s national target.

City leadership can be particularly important in nations where the national government is less committed to climate action. Australia is the world’s largest exporter of coal, and coal power plants generate more than 80 per cent of electricity in the state of New South Wales. Yet, since 2004, when Clover Moore was first elected as lord mayor of the city, Sydney’s emissions have fallen by 17 per cent while the city’s economy has grown by 37 per cent.

Accelerating the agenda
So why have mayors made action on climate change such a priority? Primarily, it is because every day they can see the impact that climate change is already having on their cities and citizens. From hurricanes in New Orleans and New York, floods in Paris, Houston and Montreal, deadly heatwaves in Sydney, to toxic air pollution in Beijing, New Delhi and in all large cities, climate change is already causing major disruptions that mayors are compelled to deal with.

Yet, just as importantly, mayors recognise the benefits that action on climate change will bring to their citizens. Air pollution from diesel and petrol cars, lorries and buses is linked to millions of premature deaths each year in cities worldwide.

These same emissions are major contributors to climate change. Therefore, cities that act to increase public transport usage, disincentivise or even ban cars from parts of the city, and adopt electric vehicle technologies will improve the health of their citizens while also curbing emissions. New Climate Economy research has shown that creating compact and connected cities, built around mass public transport, would save more than $3 trillion in infrastructure investments over the next 15 years.

The cities that are able to deliver a sustainable, low-carbon future the quickest will also be the world’s healthiest, wealthiest, most equal and most liveable. That is clearly what every mayor of the world’s megacities wants to achieve for their citizens.

While national leaders have spent decades arguing and wrangling over the treaties and compromises needed for a global agreement on climate change, mayors have been getting on with the job. The urban philosopher, activist and visionary Benjamin Barber – who sadly died this year – was fond of quoting former New York mayor Fiorello La Guardia: “There is no Democratic or Republican way of fixing a sewer.”

In mayors, Barber identified “a non-partisan and pragmatic style of governance that is lacking in national and international halls of power. Through these qualities of leadership mayors have retained the trust of citizens in their office, helped cities become beacons of good governance, and spearheaded city-to-city collaborations in order to better address shared problems.”

Those decades of action and progress on tackling climate change are now proving invaluable for cities as they look to accelerate their sustainability agenda. The urgency of the climate crisis we face means cities need to share knowledge on what policies, projects and approaches work best, so other cities can learn from them and act without delay.

To give just one example, in 2007 Paris launched Vélib’ – the world’s first large-scale bike-sharing scheme in a major city. A decade later, 43 C40 cities have bike-sharing schemes. That represents hundreds of millions of bike journeys in cities each year, not generating any GHG emissions.

It is not just other mayors who are looking to cities for inspiration. Projects that have proved effective in major cities are already being adopted at the national level. In China, the central government has directed several of its cities to become pioneers in climate action. The vast fleets of electric buses rolling out in Wuhan, Nanjing and Shenzhen are testament to the enthusiasm with which mayors have embraced it.

Now the impacts of this approach are being seen. In June 2013, Shenzhen launched a carbon trading market, the first of its kind in China. By 2016 the city had established a national centre of excellence to inform other cities and regions about setting up their own markets. Shenzhen’s officials are now advising on the establishment of China’s national carbon trading market, expected to launch later this year.

Leading the way
There can be no doubt that nation states are crucial in delivering the reforms and action required to tackle climate change. Mayors cannot do it alone, but they are best placed to lead the way. C40 research found that mayors can deliver or influence just over half of the emissions savings needed to ensure their cities meet their obligations to the Paris Agreement.

Given the track record of cities in leading this agenda, we at C40 believe that more power should be devolved to city leaders, whether through increased access to finance, increased revenue-raising powers or authority over new areas such as energy generation.

This could just prove the fastest way for national leaders to help save the planet. Let mayors lead the way.