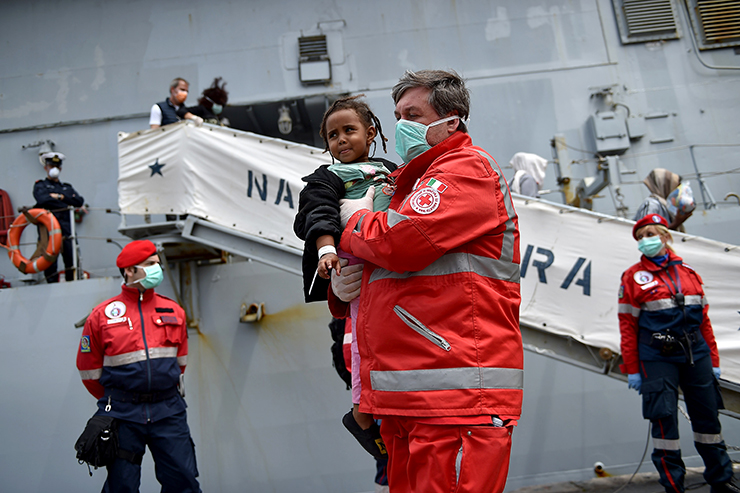 PALERMO, ITALY – MAY 02: Migrants disembark from Italian Navy Ship Libra docked in the Port of Palermo and carrying 358 migrants rescued between Sicily and north of Africa on May 2, 2014 in Palermo, Italy. The Italian Government launched operation Mare Nostrum in October 2013, which has been run by Italy’s military, with EU support, to search for and rescue migrants sailing to Italy in the south Mediterranean. The operation costs Italy 9 million Euros a month and last week Italian Interior Minister Angelino Alfano asked the EU to take a bigger role in helping Italy Handle the influx of migrants.. (Photo by Tullio Puglia/Getty Images)