Many argue that non-state actors, not governments, will be the real drivers of climate action this century. How do you monitor, coordinate and maximise the potential of the diverse coalitions that now lead the fight against climate change? 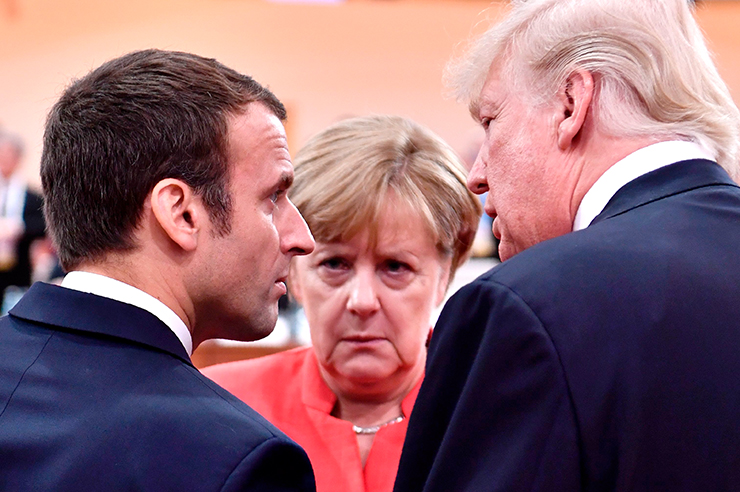 Many argue that non-state actors, not governments, will be the real drivers of climate action this century. How do you monitor, coordinate and maximise the potential of the diverse coalitions that now lead the fight against climate change?

The unprecedented momentum and commitment that the Paris Agreement has set in motion to tackle climate change reflects the power of multilateralism, channeling the interests of a broad range of actors. The Agreement was shaped by coalitions that emerged outside of both the confines of traditional political alignments and the negotiations themselves.

Today, its implementation is being spurred by the increasing involvement of the private sector and civil society in advancing climate action. Indeed, for multilateralism to be fit for purpose in our globalised and connected world, it must actively engage many layers of government and society.

Powerful leadership by key countries was decisive in catapulting the negotiations forward to an outcome in Paris that far exceeded expectations. But one core reason for the extraordinary dynamism and resilience of the Paris Agreement since its adoption is that it resulted from an inclusive process that has generated unequalled and deep ownership.

In December 2015, the world converged in the French capital. Far-ranging coalitions came together – not just of new groupings of governments, but also of business, finance, civil society, philanthropists and academic sectors. In Paris, climate change became everyone’s business.

Take, for example, Mission Innovation. This new partnership brings together both developed and developing countries, as well as private sector and business leadership, and has founded clear and tangible commitments to double clean energy research and development investment over five years. It is supported by the Breakthrough Energy Coalition, an initiative of high-powered investors and philanthropists committed to driving innovation.

Maintaining momentum
The foundations for this joint ownership of the climate crisis were laid throughout the tenure of the former Executive Secretary of the UN Framework Convention on Climate Change (UNFCCC), Christiana Figueres.

From the outset, she reached out to diverse constituencies, including in the private and finance sectors, academia and science, and faith groups. She opened the door to the private sector at global climate summits, both encouraging and recognising their participation. Figueres sought to catalyse the relationship between business and government because she understood that the private sector both delivers on climate action and can demand enhanced support and clear market signals from governments.

Within the UNFCCC, efforts to drive and maintain that momentum have been reflected in the Lima-Paris Action Agenda in 2014, the Global Climate Action Agenda in 2015 and the Marrakech Partnership for Global Climate Action in 2016. These initiatives, launched by successive UN climate conference hosts to engage “state and non-state” actors, seek to “boost cooperative action between governments, cities, business, investors and citizens to cut emissions rapidly and help vulnerable nations adapt to climate impacts”.

As Figueres told the Nikkei-Asian Review: “The private sector holds the key to [this] low-carbon future, with the Paris deal effectively acting as a global business plan for decarbonisation.”

Her vision was shared by then-Secretary-General Ban Ki-moon, who hosted the UN Climate Summit in New York in 2014. It was a pivotal moment that further served to pull the global dialogue on climate change out of the narrow confines of conference negotiations by creating a platform for engagement by business and finance leaders, multilateral development banks, local authorities and civil society. Institutional investors and mayors announced coalitions, while actors from various sides came together around carbon pricing and deforestation, to name but two issues.

Most importantly, this momentum has been maintained. In late June 2017, for example, the industry-led Task Force on Climate-related Financial Disclosures recognised the systemic nature of climate risks, and the fact that the protection of investments and of the planet is synchronous. Moreover, the task force recommended that companies consider how different climate scenarios will impact on their businesses, including the 2°C target set in Paris. There is a growing expectation that the financial sector will align investment decisions with the long-term objective of the Paris Agreement.

Indeed, as the understanding of the magnitude of the systemic risk posed by climate change is acknowledged across societies and economies, new configurations of power and action are emerging that transcend the confines of national government action.

The decision by the Trump administration to withdraw from the Paris Agreement provoked remarkable reactions at all levels. A group representing a broad cross-section of American society that now includes over 2,200 governors, mayors, businesses, investors and universities, signed up to the ‘We Are Still In’ initiative. The movement intends to ensure that “the US remains a global leader in reducing carbon emissions”.

Just a few weeks later, Governor Jerry Brown of California announced he would host a global climate summit in 2018 and said to the New York Times that President Trump “doesn’t speak for the rest of America” in pulling out of the Paris Agreement.

Tracking progress
However, there are complex issues around the assessment and aggregation of the mitigation efforts of non-state and subnational actors. In 2014 the Peruvian presidency launched the NAZCA portal, which enables these actors to register their climate efforts and commitments, thus providing visibility and recognition.

There are many ongoing efforts to track, aggregate and quantify the contribution of these actors that can be built on, and progressively improved to help develop a set of principles and common approaches for data collection and assessment efforts. Events in 2018, which is shaping up to be a pivotal year for climate change, are driving efforts by the analytical community to lay the basis for a more rigorous and complete understanding of the contributions of these actors to closing the emissions gap.

Tracking the progress of climate change action across constituencies and levels – to show progress to date, unlock further action, and forge coalitions to fast-track implementation – is a central objective. In addition to the California Global Climate Action Summit, the Intergovernmental Panel on Climate Change will produce a special report on the impacts of a global temperature rise of 1.5°C above pre-industrial levels.

Meanwhile, under the UNFCCC, the Facilitative Dialogue – a key stocktaking exercise – will be held while the Paris Agreement ‘rulebook’ is slated for approval. The rulebook, which will measure, account for and review global climate action, is an important element in increasing transparency.

Nonetheless, many Parties to the UNFCCC are highly sensitive to non-state actor participation and activity in formal processes, and are reluctant to enable more substantive engagement. Efforts related to these non-state actor initiatives have therefore been framed in terms of collaboration that supports and contributes to government action.

Increasingly, however, the UNFCCC will need to continue to evolve towards processes that are not based exclusively on state-centric models but also acknowledge action led by much broader cohorts of stakeholders.

Going forward, greater convergence needs to be facilitated between formal negotiating spheres and drivers of the real economy, where businesses and financial investors, mayors and subnational authorities, civil society and scientists hold sway.