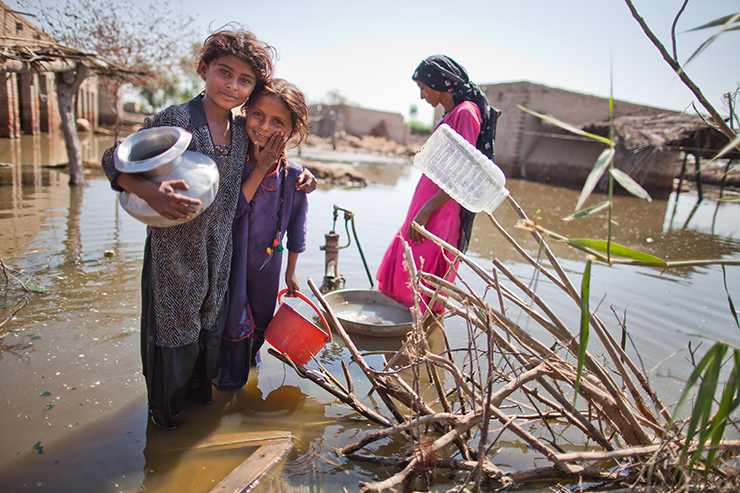 Sisters Mirzadi (l) and Rabia stand with their mother next to a water pump in a makeshift camp on the road to Benazirabad. Pakistan’s southern Sindh province was hit hard by the monsoon spell that started on 09 August 2011. Figures from the National Disaster Management Authority NDMA indicate over 9 million people have been affected by the floods. 443 people have died. Around 1.5 million houses have been damaged, 6.7 Million acres of land affected. Over 670,000 men, women and children have been displaced and fled to the relative safety offered by relief camps – and this number is growing. According to National Disaster Management Authority (NDMA), some 3,200 relief camps have been established and registered.