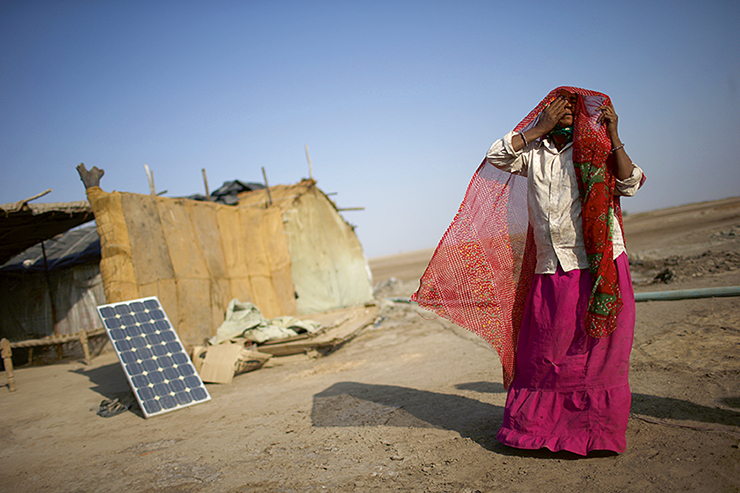 A labourer, who works in a salt pan, covers her face beside a solar panel outside a shelter in Little Rann of Kutch in the western Indian state of Gujarat March 2, 2014. Salt pans begin pumping out sub-soil brine water towards the end of the monsoon in October, and this lasts till end-March, after which it is dried till crystals are formed. The crystals are collected by mid-June and it takes another eight months to process them to make edible salt. India is the third largest producer of salt in the world after the U.S. and China. REUTERS/Ahmad Masood (INDIA – Tags: BUSINESS EMPLOYMENT) – RTR3FWUQ