By sharing technology and know-how, KOICA is helping to develop an international model for green growth 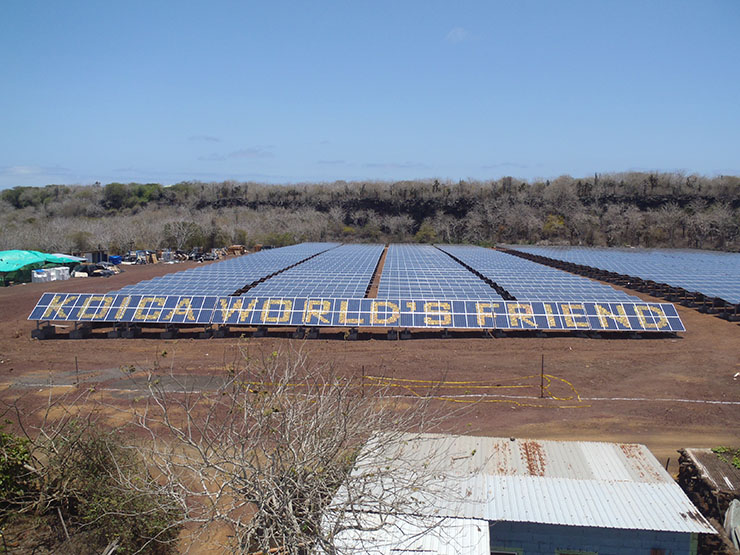 This photovoltaic power station on Santa Cruz Island in the Galapagos, Ecuador, makes this unique island, noted for its flora and fauna, carbon-free for its energy requirements

By sharing technology and know-how, KOICA is helping to develop an international model for green growth

“We know that if we don’t confront climate change, there will be no hope of preventing future increase of natural disasters and boosting global shared prosperity,” said Jim Yong Kim, the World Bank Group president, speaking at the Council on Foreign Relations on 8 December 2014. “Furthermore, the longer we delay in tackling climate change, the higher the cost will be to do the right thing for our planet and for our children.”

Climate change is considered to be a fundamental threat to development in the next 50 years by leading development organisations such as the World Bank Group, World Economic Forum (WEF) and United Nations. In order to limit global warming to 2ºC – the target set by the international community in 2009 – the net increase of greenhouse gas emissions must fall to zero by 2100.

Developing countries, particularly in tropical regions, currently experience severe weather and climate disasters every other year and will be enormously affected by climate change in the future. These countries are made vulnerable through a lack of adequate financial and social infrastructure. We have witnessed severe damage and human tragedies inflicted around the world.

With concerted effort to reach a worldwide consensus on climate change, the world could yet carve out a balanced agreement on how to distribute burdens. Many countries, both advanced and developing, have moved toward emission reduction and green growth. Private-sector corporates, the science and technology community, NGOs and even banks have made significant progress over the past two decades toward clean and efficient energy solutions.

Challenges and rising hopes
Yet investment in green energy – both financial and social – is far from sufficient. Furthermore, investment in infrastructure to prevent and mitigate disaster is too little to meet demand, particularly in developing countries.

Fortunately, against this background the world community has been embracing many viable initiatives. Sensible governments have taken responsible measures to introduce laws to regulate emissions on their industry, setting targets of emission reduction bilaterally or regionally. Leading countries in this sector have pledged substantial funds to support the Green Climate Fund (GCF).

Intellectuals like Professor Jeffrey Sachs have called for disinvestment in the fossil-fuel industry to discourage high-carbon industry. A number of economist and financiers have introduced the idea of activating “green bonds” in a way to boost investment in low-carbon industry.

We should also note that initiatives among OECD-DAC, WEF and a number of official development assistance (ODA) organisations have created a network of global infrastructure investment, which includes leading private financial institutions, in order to maximise financial and technical resources. Myself and KOICA support these innovative initiatives and would like to play a part.

KOICA and climate change
KOICA is a small-sized, learning organisation compared to many other leading institutions. However, KOICA has been implementing a diversity of projects across continents, supporting education and capacity building in green and renewable energy and helping to develop a national plan for green growth. Sharing technology and know-how is part of the cooperation.

Most importantly, KOICA has introduced projects such as constructing renewable (solar, hydro and others) energy stations, upgrading power generation and transmission systems, forestation against desertification and development and distribution of water resources, to developing countries. Helping recipient countries provide themselves with disaster early warning systems and meterological analysis systems is another part of technological assistance.

In July 2008, Korea launched the ‘East Asia Climate Partnership’ (EACP) at the G8 Summit in Tokyo, Korea’s first climate change initiative, which balanced support for the climate and the economy. Initially US$200 million was earmarked for developing countries in East and central Asia and beyond in tackling low-carbon industrialisation and development. Thanks to this initiative, KOICA has implemented a number of landmark projects helping tens of thousands of people with water, cleaner air and better sanitation.

Another important component of our approach is to help those countries with infrastructure projects, by providing and working with them on financing and realising feasibility studies and master planning of large-scale projects.

Looking ahead
Prosperity is not diametrically opposed to climate change reduction. Investment patterns must be shifted now in order to support rising living standards and a reduction of greenhouse gas emissions. By 2030, it is estimated that the loss of economic growth from not investing in low-carbon infrastructure would be equivalent to a pause in economic growth of one year. Nevertheless, that investment must be well coordinated and achieved by and throughout the global community. The target is global and the strategy must reflect the scale of the task.

KOICA plans to play a bridging role between recipient governments and potential investors. The fundamentals are: financial restructuring and risk mitigation; overall capacity policy; institutional, operational and management know-how; and allocation of budget and human resources. However, credible feasibility studies and master planning are also prerequisites in making projects bankable and sustainable. KOICA can act as a catalyst. In that role we are working closely with GCF, the Global Green Growth Institute (GGGI) and other financial institutions and consultancies to bring projects fighting climate change on line which may have been thought impossible in the past.

It is time for us to reinvigorate our will and confidence in coping with challenges of climate change through a partnership that is as inclusive as possible. 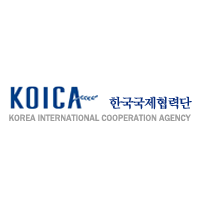 We contribute to addressing global development issues by releasing sustainable socio-economic development of partner countries and pursuing harmonisation with global partners to reduce poverty and improve the quality of life in developing countries.