Refrigeration and harnessing the power of multinationals 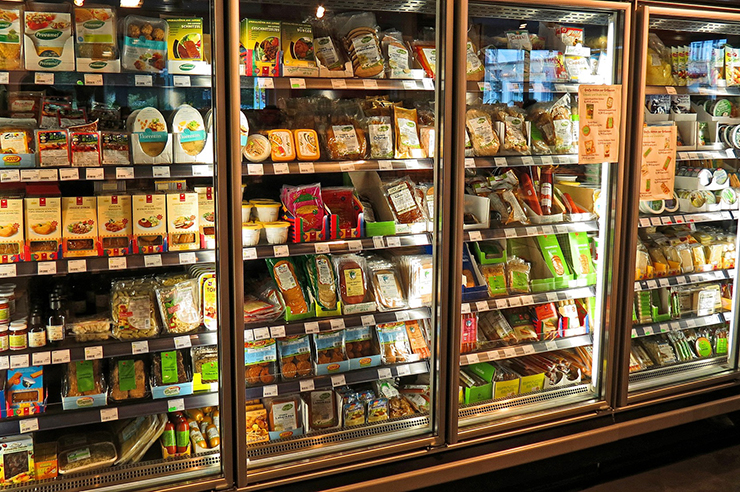 Refrigeration and harnessing the power of multinationals

Research now shows that within four years we will pass the point of no return for keeping the global average temperature of rising to no more than 1.5°C.

Reductions of CO2 through measures such as the phasing out of chemical refrigerants, like hydrofluorocarbons (HFCs), are necessary.

Per a recent United Nations Environment Programme report, 80% of current HFC-emissions originate from industrialised countries; despite this, the European Union is the only governmental body that has actively worked to reduce HFC emissions. Europe has made great strides.

And where Europe has led, other countries have followed – the US Environmental Protection Agency’s (EPA) Significant New Alternatives Policy (SNAP) programme has sanctioned the use of a wide range of natural refrigerants (NRs) and banned other high-GWP (global warming potential) refrigerants. The US EPA’s GreenChill partnership and the North American Sustainable Refrigeration Council also help food retailers to reduce their refrigerant gas emissions and decrease their impact on the ozone layer.

However, this picture is not the same globally. Some regions, including emerging markets in East Asia, South Asia and South America, still have a long way to go in terms of their use of synthetic refrigerants.

Thankfully, however, governments are not the only ones driving positive change. We can see the threat that refrigerant gases pose to the environment has been firmly acknowledged by one influential group – the private sector.

In association with The Consumer Goods Forum (CGF), whose members include multinational consumer goods retailers and manufacturers, and other platforms such as Refrigerants, Naturally!, the member organisations recognise that given commercial refrigeration makes up around 40% of the world’s HFC use, the opportunity for collective action and impact is huge.

There is significant scope for international companies to accelerate take-up of NRs in multiple territories by setting policies at a global level. For example, Coca-Cola, Heineken, Red Bull and Unilever have committed to eliminating HFCs from their vending and cooler machines across the globe, which has boosted take-up of NR equipment in places where progress might otherwise have been much slower.

Similarly, European supermarket chains Tesco and Metro have introduced CO2 refrigeration in their stores in China after first successfully employing the technology in their core market of Europe.

Back in 2010, the CGF’s members made a commitment to tackle the growing impact of refrigeration systems and, in a move to sustain momentum, the CGF’s Board announced a second Refrigeration Resolution in October 2016 to continue the phase-out of HFCs and call for the inclusion of HFCs in the Montreal Protocol.

This proposed amendment was included in 2016: a huge step towards the global phase-out of harmful HFCs.

However, for all the industry’s achievements, there is scope for companies to be more ambitious in phasing out harmful chemical refrigerants and moving to natural alternatives. The benefits of doing so are not just environmental but economic too. When implemented at scale, a HFC phase-down will have huge impact and could prevent warming of up to 0.1 °C by 2050 and 0.5 °C by 2100, offering one of the most cost effective climate mitigation strategies available in the world today.

In short, no matter what industry you are in, the case for switching to natural refrigerants has never been stronger, and the time to move is now!

The Consumer Goods Forum (“CGF”) is a global, parity-based industry network that is driven by its members to encourage the global adoption of practices and standards that serves the consumer goods industry worldwide.

It brings together the CEOs and senior management of some 400 retailers, manufacturers, service providers.