Shaking up business action on climate

Meeting the climate challenge will require radical and rapid transformation to business practices. How are companies responding, and what can be done to speed progress? 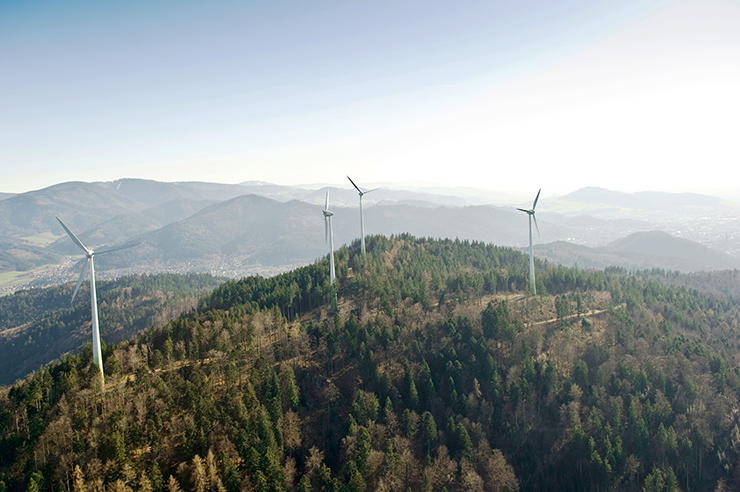 Rosskopf mountain above Freiburg im Breisgau, Baden-Württemberg, Germany. The state government, putting transparency at the core of its climate action policy, is a good example of how sub-national government can spur business to greater climate action. © Daniel Schoenen

Shaking up business action on climate

Meeting the climate challenge will require radical and rapid transformation to business practices. How are companies responding, and what can be done to speed progress?

We live in an age of profound change, with technological developments at the centre of huge shifts in societies, economies and values. As the digital age unfolds and we move into the era of big data, there is a wide-scale disruption to business as usual, but one that could have a huge upside for the climate.

One large shift has been the emergence of social media as a check and balance on corporate action. In the last few years we’ve seen numerous businesses stumble as their communications teams have been caught short by scandals that they were ill-prepared to handle.

Radical transparency
But while the idea of online transparency can feel daunting to some, organisations are also finding out how they can build trust by sharing information and being open about their challenges and flaws. A new concept has emerged: ‘radical transparency’.

Fashion brand Everlane is founded on the premise of radical transparency, and it urges its customers to, “Know your factories. Know your costs. Always ask why.” The company profiles its factories on its website, and breaks down the garment cost into its component parts, including profit margin.

Similarly, Nudie Jeans, which has always manufactured with 100 per cent organic cotton, now has a goal of 100 per cent transparency. Global Forest Watch even uses interactive online tools to create a monitoring and alert system for the status of forests worldwide.

As we move into implementing the Paris Agreement, could radical transparency help to deliver radical decarbonisation?

At The Climate Group our mission is to accelerate climate action. We work to drive the pace, scale and ambition of climate initiatives to limit warming to well below 2°C and ensure a prosperous future for all. We do this by building networks of companies and sub-national governments that come together around common goals or commitments, and support them to turn these commitments into action.

This is where transparency comes in. Working with our partner CDP, we check on how organisations are progressing those commitments, and showcase their work to demonstrate what is possible and drive further ambition.

Our ambitious “RE100” campaign brings together the world’s most influential companies committed to 100 per cent renewable electricity. More than 100 leading corporates have signed up from different areas of the world, covering sectors as diverse as information technology (for example, Apple and Google), financial services (Wells Fargo and UBS), manufacturing (Tata Motors and Unilever) and retail (IKEA Group and Walmart).

Bringing together this large group of diverse companies sends a powerful market signal, showing the growing demand for renewable energy. The 100 per cent commitment is important: it shows not only that members are serious, but also that there’s no room for compromise – there’s no ‘last slice’ that isn’t renewable.

This ambition drives both internal decision-making and external interactions with the market.

Data reported to CDP for RE100 shows examples of significant leaps in renewable electricity uptake from these companies, some finding themselves going faster than they originally anticipated.

Reporting on climate risk
While campaigns such as RE100 are putting pressure on businesses to make commitments and follow up, at the same time the investment community is also driving change. While companies are used to making financial disclosures and having these pored over by investors, carbon disclosure is somewhat newer. But within a few years we could be seeing these sorts of disclosures on the same footing as the statutory report and accounts.

A recent report from the Task Force on Climate-related Financial Disclosures makes four recommendations on how companies should report on climate risk. Interestingly, the task force moved away from talking about an impact that a company has on the climate, and instead focuses on the risk that the climate poses for a company.

By focusing squarely on these risks, this also makes the business case for corporate action on climate change, as a risk-mitigation activity. To that end, the report also lists a number of opportunity areas that companies should focus on, such as lower-emission forms of energy.

This is the reason that ShareAction, another partner of ours, has been championing the importance of corporate action on climate change as part of its responsible investment work. ShareAction has been highlighting investor interest in climate-change risk to businesses, as well as asking questions at AGMs about what action is being taken. For example, they challenged Burberry over going 100 per cent renewable at their 2016 AGM, and the company announced their RE100 membership last month.

Transparency is also a tool that we use in our work with sub-national governments through the Under2 Coalition, again in partnership with CDP. We first worked with CDP on a disclosure pilot for our state and regional partners in 2014. While there were 12 partners involved in that pilot, we’ve seen year-on-year growth, with 44 in 2015, 62 in 2016 and 100 looking likely to have disclosed by the time the reporting period closes later on this year. While governments are given the option to keep some of their disclosures private, increasingly we’re seeing a willingness to disclose publicly.

Alongside this increase in disclosure, we’ve also seen a ratcheting up of ambition. Last year a number of governments moved to net-zero targets for the first time.

We’re also seeing moves such as the government of Chhattisgarh in India planning to develop a website on their climate action as a result of our engagement with them, and a bill in Massachusetts that proposes a biennial disclosure report of progress on their mitigation efforts.

We are clearly seeing our sub-national government partners embrace the transparency agenda. As Franz Untersteller, Minister of the Environment, Climate Protection and the Energy Sector for the Baden-Württemberg government in Germany has said: “Transparency lies at the heart of a successful climate action policy. This is the only way to prove we are on the right track towards our climate goals.”

Spreading the word
A final critical tool for The Climate Group is communication to share success and drive more action. We share stories of climate action to show both that a world with under 2°C of warming is possible, but also action that is happening. That includes both our work with corporations as they set and then meet their targets, and case studies from governments that help inspire policy action elsewhere.

So, while it might be tempting to think of transparency as akin to benchmarking and fear that companies will only aim to stay marginally ahead of their peers, instead we’re seeing that transparency coupled with communication drives more action. Knowing what others have done reinforces the business case for actions, and moves climate action into the mainstream.

Our work on a campaign such as RE100 will be done when a commitment to 100 per cent renewable electricity is the business norm, not the exception. While we’ve recently welcomed our 102nd member, and are excited for more to join the fold, we’re also looking forward to the day when such a commitment is entirely unremarkable.