Stars aligning for agreement in Paris

The December conference will not solve climate change overnight, but it will put all nations on track towards a sustainable future 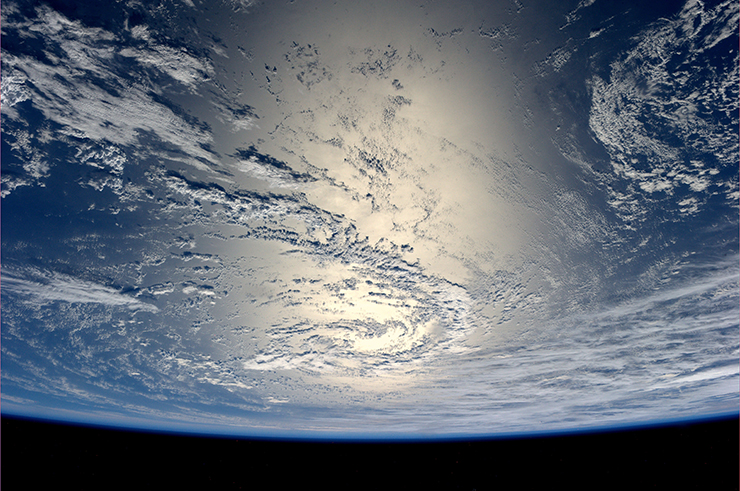 Stars aligning for agreement in Paris

The December conference will not solve climate change overnight, but it will put all nations on track towards a sustainable future

Governments will reach a new climate change agreement in Paris in December that puts all nations on track towards a sustainable future by keeping the average global temperature rise below 2ºC: the internationally agreed defence line against the worst future climate impacts.

Paris will not solve climate change overnight – combating climate change and transforming the high-carbon model of development requires society to be in this endeavour for the long haul.

Indeed climate science shows that the world needs to achieve a three-part goal to successfully address climate change: peaking global emissions in the next decade, driving them down rapidly thereafter and establishing a balance between emissions and natural absorption by the second half of the century.

It is our responsibility to act harder and faster now to set the necessary trajectory but, because this successful response to climate change will cross multiple generations, it is also our historic task in Paris to reach a credible, measurable and actionable plan that has an impact now and over time.

I am confident the UN Climate Change Conference in Paris will deliver for two reasons.

Transformation across levels – policy, business, civil society
First, for some years now, the stars have been aligning for success as policymakers, business and citizens increasingly agree on the transformational notion that the solutions to climate change are at the same time the very ones that will take us towards a safer, healthier, cleaner and more prosperous future for all.

This is no longer merely a feel-good position. The International Energy Agency has reported that in 2014, global carbon dioxide emissions from fossil fuels stayed flat, yet the world economy grew 3.3 per cent. One year does not guarantee a trend, but it does show that growth can be decoupled from emissions.

The scale of effort is not yet enough but the trend is set. Governments in Paris will be working against a background of the most climate-friendly conditions the world has seen, a position highlighted by UN Secretary-General Ban Ki-moon’s Climate Summit in September last year.

One of the most important insights was that climate action by city leaders, investors and companies, when seen as a whole, is beginning to approach the kind of scale required to begin dealing effectively with climate change.

For example, 40 countries, 30 cities and dozens of corporations launched a large-scale commitment to double the rate of global energy efficiency by 2030.A new coalition of governments, business, finance, multilateral development banks and civil society leaders announced they would mobilise over $200 billion for financing low-carbon and climate-resilient development. A coalition of institutional investors committed to decarbonise $100 billion of their portfolios by December this year and to measure and disclose the carbon footprint of at least $500 billion in investments.

Seventy-three national Governments, 11 regional governments and more than 1,000 businesses and investors signalled their support for pricing carbon, together representing 54 per cent of global emissions.

A realistic, effective set of goals for Paris 2015
International agreements succeed best when the political, economic and social trends of the time align with each other, as they are now, towards a new vision of the future.

That is why my first reason for optimism connects directly with the second: this groundswell of action raises governments’ confidence to take stronger climate action and points the way to a realistic and effective set of goals for Paris.

When governments sign in Paris, they will also identify the pathways, policies and support to ensure that all countries can contribute now and in the future, based on national circumstances, to keep global average temperature rise below 2ºC while assisting societies to adapt to the negative climate change impacts that are already underway.

There is no question that the world already has the capital and the technology to achieve the above goal but investors and corporations need more explicit policy signals and a road map to give everyone clarity on the common global destination. That clarity will unleash the necessary entrepreneurship, ingenuity and innovation.

Paris can therefore be seen to have four main objectives and progress is being made towards each of these.

This means remaining differences can be cleared up and cleaned up and higher-level political decisions addressed in capitals. The formal negotiation session in Bonn, in June, will be an important point for governments to take next steps.

Second, Paris must provide a clear picture of current ambition and countries have already started submitting to the UN Framework Convention on Climate Change (UNFCCC) what efforts they will contribute in the shape of national climate plans. These will be no less ambitious than anything previously announced, ensuring no weakening in the response.

The UNFCCC secretariat will prepare a synthesis report on the aggregate effect of these Intended Nationally Determined Contributions (INDCs) by 1 November. The first wave of INDCs already  covers almost 80 per cent of energy production emissions from industrialised countries and Mexico and Gabon were the first developing nations to submit their plans.

Third, the new agreement will come into force only in 2020 and there remains a large gap in global ambition to cut emissions fast enough to keep below the 2ºC rise and to meet adaptation needs. Therefore, as part of their core objective, governments have addressed immediate ways to reduce emissions and to adapt. This has focused on concrete case studies of effective policy and technology creation and implementation, highlighting an existing and rich palette of real-world solutions to climate change.

Last and very important, Paris can define a solid financial package to support developing countries to fulfil their own plans for sustainable, clean energy futures.Governments agreed that at least $100 billion a year in climate finance for developing countries should be flowing from various sources by 2020.

The Green Climate Fund, established as a central channel for climate finance to developing nations, has achieved its initial capitalisation goal of over $10 billion in pledged contributions from governments.

Meanwhile, the UNFCCC Standing Committee on Finance delivered its first report on global climate finance, which showed an encouraging picture but a long way to go, especially in finance for the poorest and most vulnerable.

Paris 2015, not Copenhagen 2009
‘Once bitten, twice shy’ is a natural response in the school of political hard knocks but for all these reasons Paris 2015 is a world away from Copenhagen 2009, when governments did not reach a formal agreement. The breadth and depth of the response to climate change at all levels has blossomed.

Advances in renewable energy and power grid technology have continued to surprise and excite. Renewables are close to or already surpass price parity with traditional fossil fuels.

Institutional investors are taking on board the serious risks they face from holding assets in fossil fuel reserves which can never see the light of day, if we are to remain below 2ºC.

The UNFCCC process is viewed no longer as a UN negotiation silo divorced from the interests of other parts of government but an essential foundation of a global response to the multiple threats generated by an unsustainable way of governing, doing business and consuming.

Governments under the UN this year will not only deliver the Paris agreement but also redefine a post-2015 development agenda with a set of new Sustainable Development Goals. Meanwhile, they already agreed a new global response to natural disaster at the Third World Conference on Disaster Reduction in Japan earlier this year.

In the past 20 years, the UNFCCC has galvanised the world to seek multilateral solutions to climate change. The Kyoto Protocol, now ten years old, established the world’s first greenhouse gas reduction treaty with binding commitments for industrialised countries. Countries under the Protocol have collectively exceeded their original ambition by a large margin.

The Clean Development Mechanism established a whole new set of international institutions that are unlocking access by developing countries to the finance, technology and capacity building they need to respond to climate change.

While the international negotiation process is far from simple or swift, without action under the UNFCCC, we would not be as far forward as we are today and I could not say what I believe with increasing conviction: now is the time and Paris is the place for a successful climate agreement at the scale of ambition required.