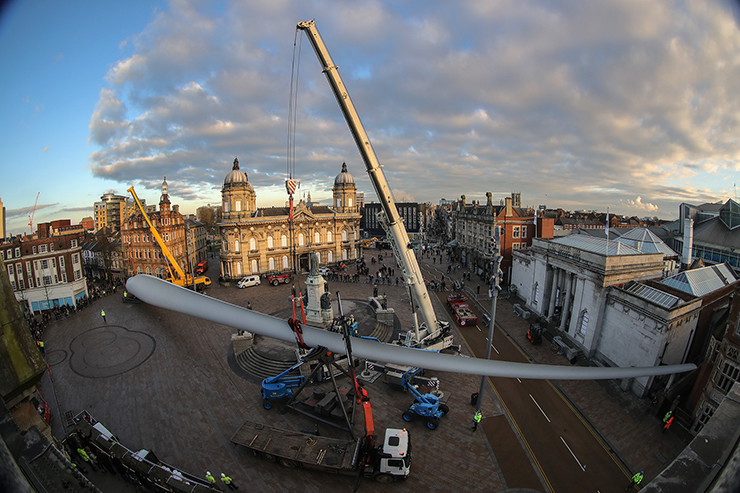 HULL, ENGLAND – JANUARY 08: A 250ft-long (75m) wind turbine blade, which forms a new sculpture commissioned by multimedia artist Nayan Kulkarni called ‘Blade’ is installed at Queen Victoria Square in Hull on January 8, 2017 in Hull, England. The giant wind turbine blade, one of the first made by workers at the new Siemens factory in Hull, will be on show in Queen Victoria Square and is the first in a series of major commissions by different artists that will appear in a variety of locations as part of Look Up, a year-long programme developed as part of Hull UK City of Culture 2017. (Photo by Christopher Furlong/Getty Images)