The challenge of urbanisation

How can the development of cities become instrumental in achieving a zero-carbon economy? 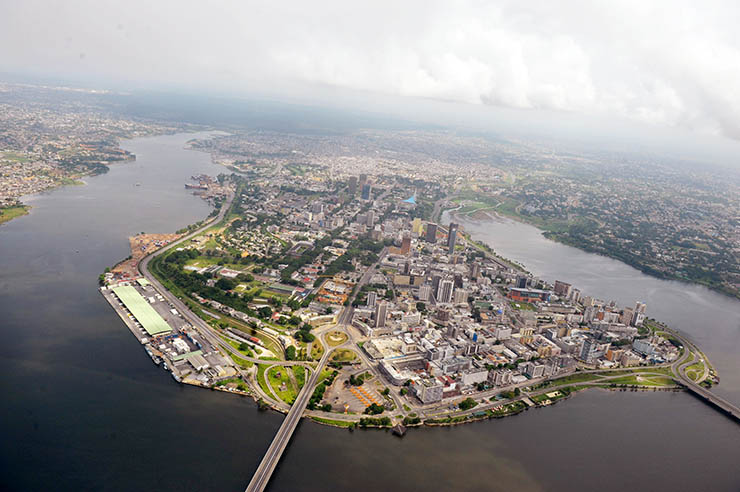 Abidjan, Côte d’Ivoire, an example of the flow of population to cities that is a particular feature currently shaping Africa and Asia.  © UN Photo/Basile Zoma

The challenge of urbanisation

How can the development of cities become instrumental in achieving a zero-carbon economy?

Our future is urban. The UN predicts that 66 per cent of us will live in cities by 2050, up from just 30 per cent in 1950. This is the biggest rural-to-urban migration in history and it’s inexorably linked to climate change – bringing with it both opportunities and challenges that city leaders must tackle.

With billions of people flowing into cities, there’s a swelling urban middle class – particularly in new cities in Asia and Africa – with a thirst for consumption. That’s a perfectly natural by-product of cities with growing economies, but such a lifestyle – with its increased demand for food, fuel and consumer goods – brings with it increased production and growth in carbon emissions.

While cities do provide an economy of scale that can improve efficiency, evidence suggests that alone isn’t enough to counter their increasing carbon output. In a 2013 study, Jukka Heinonen, an associate professor at the University of Iceland’s faculty of Civil and Environmental Engineering, found that while “direct emissions from transportation and housing energy slightly decrease with higher density, the reductions can be easily overridden by sources of indirect emissions.”

At the same time, these new city dwellers also find themselves concentrated at the end of long supply chains bringing them water, energy and food – making them much more vulnerable to climate change. Cities will therefore be both the major causes of carbon emissions but also at huge risk from the impacts of climate change.

That means that city leaders must consider, now more carefully than ever, how city products and services are organised and implemented for their growing populations. They must also work out how to mitigate the impacts climate change will have.

There’s no time to waste. Many Australian and Californian cities, for instance, are already facing challenges in providing drinking water supply for their citizens. Elsewhere, cities on the coast of Florida and Pakistan suffer a different water problem: rising sea levels threaten to destroy millions of dollars’ worth of infrastructure. In the future, an increasing proportion of the population will become directly vulnerable to the impact of climate change.

Cities will have to be at the front line in the fight. In a globalising economy, cities are increasingly seen as standalone political entities, with the leadership and responsibility to mobilise their population in the face of threats such as climate change. Some cities have started working together in order to make the most of their new-found economic and political freedoms. New groupings of mayors are talking about joint action, sharing best practice through organisations like the International Council for Local Environmental Initiatives and C40, a global network of megacities tackling greenhouse gas emissions.

As well as advocating, they are leading the shift to cleaner energy systems to reduce emissions and air pollution; developing smart transport systems and active travel initiatives to make transit convenient yet green; and encouraging behavioural change among their citizens to lead more sustainable lifestyles. Such initiatives needn’t mean tearing down existing infrastructure and starting from scratch. Instead they can be achieved through careful planning, assisted by detailed analysis of existing city data, and a more integrated approach that allows existing systems to work together more effectively.

That’s something we strongly believe in at Future Cities Catapult. Set up to bring businesses, universities and city leaders together, we accelerate urban ideas to market that will help our cities to meet these future challenges. From our Urban Innovation Centre in London, we help innovators turn ideas into working prototypes that can be tested in real urban settings and help spread them to cities across the world.

With cutting-edge facilities and a ‘Cities Lab’ that provides data analysis, modelling and visualisation, we can also help cities make more informed decisions about how they can use technology to become more sustainable. Many of our projects are already demonstrating that such collaborative work can provide information and systems that will help cities face up to climate-related issues. With Intel’s Collaborative Research Institute, The Royal Parks and others, for instance, we’ve installed low-cost sensor networks that measure air quality, water quality and human activity. With Microsoft and Guide Dogs we developed a new prototype device that uses 3D soundscapes to help the visually impaired navigate the city’s streets. And our Cities Lab has drawn together data from 135 different sources, to understand London’s demographics based on how we live – not where we live – in order to better meet citizen demands.

Such examples are just the start. Cities now generate huge streams of data, with smart phones, cars and buildings increasingly sensing and recording information about their surroundings. Cites must make use of this to help them understand how citizens interact with infrastructures, identify inefficiencies and streamline services – whether that be optimising energy provision or improving the way people plan their journeys when using public transport.

Some cities are, of course, already making positive strides in this direction. Copenhagen’s cycle-friendly infrastructure, Singapore’s impressive water and transport systems, and Hong Kong’s impressively low energy intensity per capita are all wonderful examples. Now, we need every other city to play catch up.