It is crucial that the world unites in Paris to resolve the issue of global warming. The Paris Climate Alliance sets a framework for a just and attainable agreement – everyone must now engage for the global good 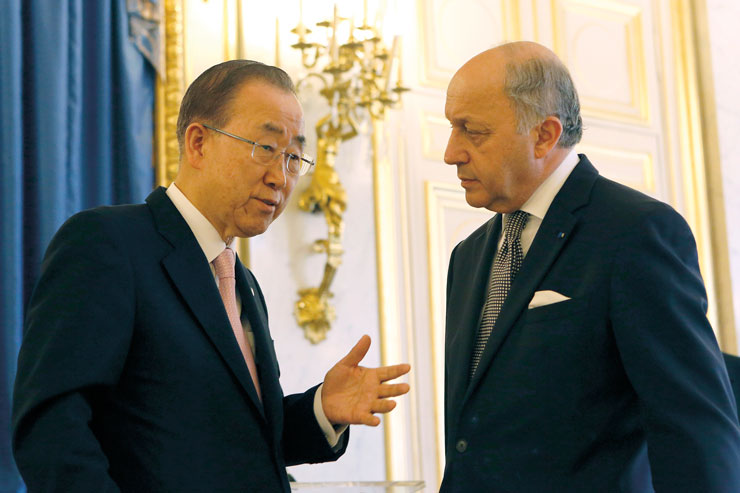 It is crucial that the world unites in Paris to resolve the issue of global warming. The Paris Climate Alliance sets a framework for a just and attainable agreement – everyone must now engage for the global good

By Laurent Fabius , Minister of Foreign Affairs and International Development, France; and President of the 21st session of the Conference of Parties to the UN Framework Convention on Climate Change

In December, France will be hosting the 21st UN climate change conference (COP21) in Paris. The aim is to reach a universal agreement limiting global warming to 2°C compared to the pre-industrial era by the end of the century. The task is, of course, complex and, as future COP21 President, my role is to facilitate an ambitious compromise between the 196 Parties: 195 countries and the EU. We cannot afford to fail because, as the UN Secretary-General said, there is no Plan B, for there is no Planet B.

In order to succeed, we are seeking to build a Paris Climate Alliance based on four pillars. Firstly, and most essentially, a universal agreement with real legal power, which is differentiated – meaning that it takes into account the different situations of each country – and allows us to limit global warming to 2°C. This agreement will be the touchstone: if we reach it, then COP21 will have been a success. Very sensitive issues still need to be resolved by December.

Secondly, this Paris Alliance will need to have incorporated the contributions of all the countries, including for the reduction of greenhouse gas emissions by 2025 or 2030, as well as for adaptation to climate disruption. There is a risk that simply adding up the national commitments made prior to COP21 will not be sufficient for us to keep within the 2°C limit. That would not make COP21 useless, quite the contrary. But it does mean that COP21 would not be the end of the whole process, but rather a starting point. That is why some are suggesting that the agreement should contain elements guaranteeing the continuous enhancement of its level of ambition, with a long-term vision for 2050 and beyond.

Thirdly, a financial and technological aspect to guarantee the effectiveness and equity of the agreement. That means not only showing that developed countries meet their commitments, which they made in Copenhagen in 2009 and confirmed in Cancún in 2010, to raise $100 billion per year for climate financing by 2020. It will also mean determining the basis for long-term financing of a low-carbon economy, particularly beyond 2020. This last point is crucial and concerns the very structure of our economies, redirecting long-term investment, renewal of infrastructure, and our development strategies.

The last aspect of this Paris Alliance, which is a novelty compared to previous negotiations, is the commitments of non-governmental stakeholders, including businesses, major cities, regions, associations and civil society, as well as partnerships between governments and these stakeholders. That is what we call the ‘Climate Action Agenda’. Just as countries will submit their national contributions, we need to obtain these non-governmentally determined contributions, to mobilise the whole of the economy and society.

I’m often asked if I think we can succeed, given the experience of previous conferences. I hope we can because, despite the complexity of the problems and certain previous failures, the economic, political and scientific climate has changed.

Scientifically, very few today question the reality of climate change and its human origin. Politically, there is a strong international mobilisation, as shown, among others, by the European Union’s commitment and that of the United States and China, which are the two largest global emitters.

In economic terms, we now have more and more technological solutions at a lower price that will allow our societies to enter the era of low-carbon development. We and the private sector both know that this vital change of path is technically possible and viable, and will create jobs.

Of course, not all problems can be solved in Paris, but COP21 needs to be a pivotal moment and a launch-pad towards a lower-carbon economy.

I am counting on you, as you know you can count on the French Presidency, to do everything possible to ensure the success of COP21.