The right to development

Confronting climate change will require a new economic model. Countries’ right to develop can provide the moral compass and technical framework needed to achieve this 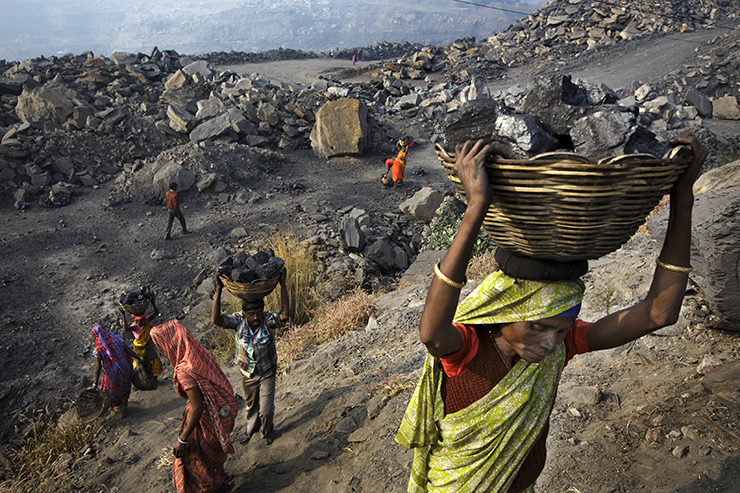 The UN states that development must respect human rights. Above, locals scavenge coal from an open-cast mine in Jharkhand, India. NGOs estimate that coal mining has displaced millions in the country.  © Kuni Takahashi/Getty Images)

The right to development

Confronting climate change will require a new economic model. Countries’ right to develop can provide the moral compass and technical framework needed to achieve this

The planet’s atmosphere is saturated with greenhouse gases that are causing dangerous interference with the global climate. There is simply no more space in the atmosphere to increase emissions without further damaging the climate system. This is a simple statement with profound implications for development models based on fossil fuels. If emissions cannot continue to increase without causing severe global environmental and social harm, then by necessity development must follow a low- or non-carbon path.

Only a significant technological leap will enable our global society to address the moral imperative to eliminate poverty on a development path that avoids further environmental harm. Without doubt, given their historical responsibility in coupling fossil fuels and development, it is industrialised countries that bear the primary responsibility to provide the financial and other support needed to make this technological leap possible.

Climate change and human rights
Our planet is becoming more dangerous and less hospitable. For millions of people, the impacts of climate change mean damaged livelihoods, forced displacement, violent conflict, loss of statehood, hunger and poverty. Given that climate change aggravates the vulnerability of groups already marginalised, facing discrimination or living in poverty, a framework of accountability is indispensable to addressing the crisis.

The UN Declaration on the Right to Development notes that the development process must respect all human rights and fundamental freedoms and contribute to the realisation of rights for all. Therefore, emission reductions and adaptation measures cannot justify human rights violations.

In addition, development is conceptualised as a participatory and accountable process that is guided by respect for and promotion of rights. The right to development also calls for particular attention to considerations of equity and justice in the development process. Climate change poses an acute equity challenge, since developing countries are more vulnerable to climate change than industrialised nations. In other words, those who have contributed the least to causing the climate crisis are those who will suffer most from climate change.

The right to development further underscores the need for international cooperation. Development considerations already play a central role in the design and implementation of the UN Framework Convention on Climate Change (UNFCCC). And yet negotiations have yet to deliver meaningful results, raising concerns that the window of opportunity to avert catastrophic climate change may be closing.

Biological synergy
Development in a climate-constrained world also means that models that purport to replace fundamental biological tenets with those of industry are bound to fail. For much of the 20th century and still today, pervasive economic policies are premised on the oversimplified idea that more is good and we need more of everything. In other words, the expansion of the economy is equivalent to development and it has no limits. In market economies, this idea is mediated by financial markets, rates of return on investments and the needs of industry. Against this thinking, however, the reality of climate change imposes tangible limits to the unconstrained expansion of a carbon-based economy.

Let us consider, for example, the implications for the right to food of this ideology of development understood as unending expansion decoupled from biology. Government policies that promote conversion of farms into monocultures, driven by the single logic of increasing yields, compromise the accessibility, availability and sustainability of food and food production in a climate-constrained world.

But there is an alternative agricultural development path that is not dependent on fossil fuels and other external inputs. The UN Special Rapporteur on the Right to Food has shown that agroecology, with its emphasis on diversity and the recycling of nutrients and energy, is an example of a development path that is integrated into the local environment and is respectful of biological tenets and cycles.

Moral compass
In our age of globalisation, where time is compressed in electronic transactions to create a culture of the instant, we need a moral compass that can provide direction for the necessary transformation of the economy. The right to development, and its emphasis on the indivisibility of human rights in the process of development, establishes the ethical vision necessary to effectively address climate change.

Confronting climate change requires nothing less than the fundamental transformation of the economic patterns that have been set up since the dawn of industrialisation. This is where the right to development acquires crucial significance because it provides the indispensable accountability framework and moral compass that can guide the needed economic transformation. In this sense, the right to development expresses a common ethos, an articulating principle and a transcendent goal, which are essential for our global society to survive and foster in a climate-constrained planet.

The road forward
There is some scope for human rights and the right to development to contribute to the organic development of the climate change regime. In Cancún in 2010, UNFCCC Parties recognised that they should, in all climate change-related actions, fully respect human rights. This is a significant first step towards establishing explicit human rights protections in the evolving climate regime, such as safeguards in mitigation and adaptation mechanisms.

In a parallel path, the UN Human Rights Council has noted that climate change has a range of direct and indirect implications for the full and effective enjoyment of human rights. It is also debating whether to establish a special rapporteur – an independent expert – on this issue. Such a rapporteur could advance our understanding of the linkages between the right to development and climate change.

The right to development is central to effectively addressing the climate change crisis because it enables development models that connect with and do not seek to replace the fundamental tenets of biology. It underscores the need for a technological leap in the global and local economies, particularly in the developing world. And it provides the moral compass and accountability framework needed to guide the economic transformation required to effectively address climate change.