What is the scale of unburnable carbon and the carbon bubble in global financial markets? When and how might a correction take place and what impact might it have  on the global economic system? 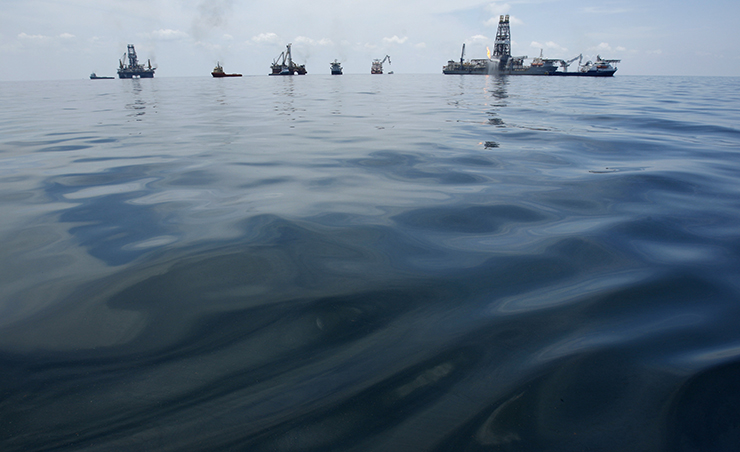 Drilling ship and rigs in the waters of the Gulf of Mexico at the site of the 2010 BP oil spill.  © Hans Deryk/Reuters

What is the scale of unburnable carbon and the carbon bubble in global financial markets? When and how might a correction take place and what impact might it have  on the global economic system?

No more than 1,000 gigatons of carbon can be emitted into the atmosphere for the forseeable future to have a chance of keeping global temperature rises under 2ºC. This carbon budget is not a lot, given that we currently emit almost 40 gigatons per annum globally, and this number is rising. Even levelling off would only give us another couple of decades of budget left, after which the vast majority of people alive today, plus those yet to be born, would face an uncertain future.

Carbon emissions are a self-inflicted wound, caused by economic activities invented before we understood their full implications, providing a legacy of over 1,000GWs of coal-fired electricity generation and over one billion cars on our roads worldwide. Investments that will transition us to a low-carbon, climate-resilient economy are happening, but not at the speed and scale needed.

Global investment in renewables increased by 17 per cent in 2014, yet 116 out of 140 countries registered a deterioration in their stock of natural capital. That is, financial markets are responding to environmental-related risks and opportunities, but far too slowly to halt, let alone reverse, the potentially fatal damage.

Financial markets are continuing to finance, and in the short term profit from, carbon-intensive investments. Such investments pump carbon into the atmosphere that will be with us for thousands of years, and cumulatively impact billions of people long after the investors have reaped their financial rewards.

That these investors may at some later date switch their bets to clean technology will not make up for the damage done. Under-pricing carbon in investment decisions is in effect shorting civilisation itself, making money by betting on our demise. And like more conventional shorting in financial markets, the bet itself is bringing about the very outcome the gambler can profit from.

Dramatic transition
Nobel Prize winner Al Gore and others have argued that we are experiencing history’s greatest-ever financial bubble, a ‘carbon bubble’ caused by the systematic under-pricing of carbon risk. Estimates vary, but one suggests that $28 trillion of assets are highly vulnerable to a downward adjustment of the price of carbon in the face of the impacts of climate change itself, and the many associated transitional effects, including policy measures, technology breakthroughs and new business models.

For some, the bubble has already burst. Electricity utility companies find their assets compromised by the effects of the falling costs and increased use of renewable energy generation, just as the profitability of carbon-emitting industries is being impacted by increasingly robust carbon markets and taxes from California to Tianjin. Meanwhile, the fortunes of companies selling bottled water are under threat as communities block access to scarce water resources.

Such asset stranding is at an early stage. Inevitable progress will be desperately painful as industries degenerate and the value collapses of pension funds reliant on carbon-intensive assets. The employment, economic, geopolitical and military effects should not be under-estimated as we move through a transition as dramatic as the original industrial revolution. Yet failure to rapidly pop the bubble carries far greater penalties, although as much care as possible must be taken to provide safety nets for vulnerable individuals, communities and even nations.

Several things might burst the bubble more quickly. A strong climate deal in Paris would establish emissions-reductions targets worldwide, and provide a potential ‘tipping-point’ signal to the business community. A robust and widely applied carbon price would make a major difference – carbon markets have had a challenging childhood, but prospects looking forward are good.

Technology breakthroughs and falling clean technology costs will make a growing difference. South Africa’s fifth renewables procurement round is experiencing bid prices of around 40 per cent less than the expected kwh cost of the country’s new-build, state-of-the-art, coal-fired power station.

Here again, there are a growing number of these stewards of the financial system itself, particularly in developing countries from Brazil to China, Kenya to Indonesia, driving forward innovations in financial policies, regulations and standards with the express purpose of better aligning the financial system with the needs of sustainable development.