Will the INDCs deliver?

Are countries’ commitments to reduce their greenhouse gas emissions enough to achieve the target of limiting the global temperature rise to well below 2°C? 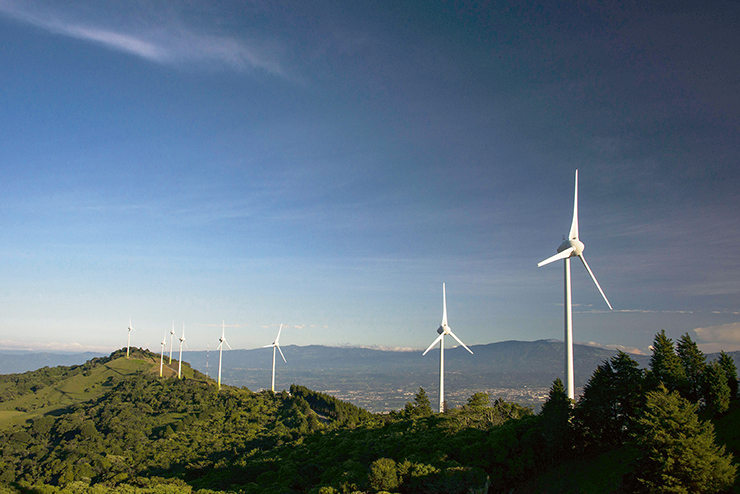 Will the INDCs deliver?

Are countries’ commitments to reduce their greenhouse gas emissions enough to achieve the target of limiting the global temperature rise to well below 2°C?

At the Conference of the Parties in Paris last year, governments under the United Nations Framework Convention on Climate Change (UNFCCC) confirmed their intention to combat climate change. They strengthened the objective to limit global temperature increase and – for the first time – agreed that all countries shall contribute to the mitigation of climate change.

The Paris Agreement, as a result, contains more ambitious wording around the objective to hold temperature increase below 2°C: governments agreed to limit global warming to well below 2°C above pre-industrial levels and pursue efforts to limit the increase to 1.5°C.

Scenarios illustrating how the world can stay below a 2°C increase tell us that global emissions have to peak around 2020 and global carbon dioxide emissions have to become negative in the second half of this century.1 For a maximum 1.5°C increase, scenarios show much faster development of mitigation actions and even lower emission levels by 2030 and 2050.2

It is also clear that to reach these global targets, mitigation is required in all regions of the world. Thus, in Paris, a large number of countries also put forward individual plans on how they want to address climate change in the future – their intended nationally determined contributions (INDCs). These plans contain, besides other aspects, actions to reduce greenhouse gases (GHGs).

Governments have developed the targets on their own, in – as the name suggests – nationally driven processes. Nations had agreed that all countries would have to contribute to mitigation of climate change, irrespective of their wealth.

However, no clear guidance on the level of ambition, which would distribute the global efforts to individual countries, exists. In general, the UNFCCC works on the principle of common but differentiated responsibilities, meaning that poorer countries should carry a smaller burden in joint efforts. However, countries have never agreed on an algorithm to quantify the responsibilities.

Lack of ambition
From the beginning of the process of developing the targets, it was thus unclear whether the aggregate of all countries’ targets would meet the global objectives. In total, the submitted targets represent 190 Parties of the UNFCCC, a fact that of itself we can consider a great achievement of the international process.

However, is the level of ambition enough to meet the global objectives agreed in Paris? Are the countries’ GHG reduction targets collectively sufficient to hold global warming to well below 2°C, let alone to 1.5°C?

A recent publication summarises existing research on the aggregate impact of INDCs on global emissions and presents resulting temperature levels.3 Analysing more than 10 independent pieces of research on emission levels resulting from the INDCs, the authors come to the conclusion that if all countries implemented their targets as presented in Paris, the global average temperature would increase by 2.6°C–3.1°C by 2100.

Thus, governments in sum are not doing enough to meet the global temperature target to which they have all agreed. Taken together, the presented emission reduction targets lack sufficient ambition and will not maintain temperature below the agreed levels.

A number of countries will likely emit more than promised unless they implement additional actions. On the other hand, some countries have already put sufficient measures in place to reach or overshoot their targets, among them some large emitters. Note that countries that reach or overachieve targets do not necessarily have better policies – it may be that they have put forward less ambitious targets. However, on the whole, more measures are required if the INDCs are to be achieved.

Despite this rather negative assessment, there are several reasons to believe that the Paris Agreement could still be a stepping stone towards limiting temperature increase to the desired levels.5

First, the Paris Agreement does not fix the current mitigation targets in stone, but states that governments must review their plans every five years to see whether they can be increased in stringency or scope. The agreement, therefore, asks governments  to increase their level of ambition over time, and explicitly prohibits backsliding of ambition.

Second, the process itself has increased motivation around climate change policymaking in many countries that previously did not consider this topic much. In the run-up to the Paris conference, 190 countries submitted their plans and are now starting to work on implementing them. Overall, the requirement to develop INDCs has increased the dynamics of thinking about mitigation. Countries have also recognised the importance of other benefits that are derived from the mitigation of GHGs, such as air quality or creation of jobs. This will hopefully continue in many countries and lead to consideration of mitigation in national planning.

Third, national governments are not the only institutions combating climate change. Non-state actors, such as companies or international alliances, are making efforts to reduce emissions in specific sectors. Subnational governments are implementing mitigation plans for their region or city. These actions are often not considered when national policymakers formulate targets. But they may well motivate governments to increase the ambition of their targets or contribute to the (over) achievement of national mitigation targets.6

Fourth, we continue to see technologies developing at unexpected pace. Examples include the lower cost of solar photovoltaics in recent years and the boom in electric mobility in some regions of the world. These trends may boost mitigation action and get us closer to meeting the global objectives.

It is important to maintain the momentum gained during the last year if we want countries to implement their mitigation actions and increase their ambition over time. We need to ensure that little time is lost between the formulation of the INDCs and their implementation. Some countries will require quick availability of funding to do so.

Countries can also help to improve implementation by integrating already existing or emerging sectoral plans with the mitigation actions – and making individual sectors responsible for those actions. The targets agreed at Paris are thus merely the starting point, and further work is necessary.