Will there be enough? 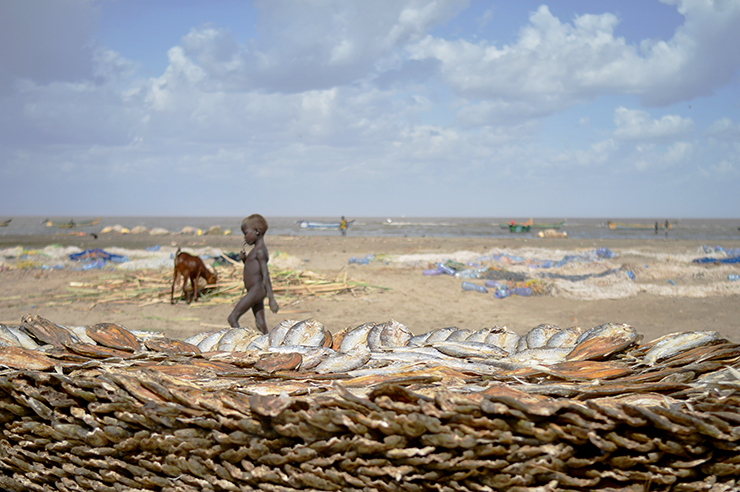 Drying fish on the shores of Lake Turkana, northern Kenya. The lake has receded in recent years leading to diminished fish stocks and forcing its dependent communities into territorial conflict.
© Tony Karumba/AFP/Getty Images

Will there be enough?

Reports from the UN Refugee Agency (UNHCR) show how communities are already suffering from the consequences of climate change. Families are being forced to migrate as their homes are destroyed and already scarce drinking water sources become limited and contaminated. Natural disasters often hit the most vulnerable and poor.

In the past decade, an annual average of 21.5 million people have been forcibly displaced by weather-related hazards – floods, storms, wildfires and extreme temperature. Both slow and rapid-onset disasters – such as the droughts in Somalia in 2011 and 2012, and floods in Pakistan between 2010 and 2012 – left huge numbers of people without clean water, shelter and basic supplies.

Globally, according to the International Organization for Migration, an estimated 200 million are at risk of becoming environmental or climate refugees by 2050. According to the UN Office for Disaster Risk Reduction (UNISDR), water and climate disasters account for nearly 95 per cent of people affected by disasters, and have caused over 60 per cent of all damage worldwide.

In recent years, water crises have been ranked as high risks for societies by experts and global decision-makers, both in terms of likelihood and impact (as presented in the World Economic Forum Global Risks reports).

Global warming increases stress on already scarce water sources. Increased temperatures have altered rainfall patterns, caused rivers and lakes to dry up and glaciers to melt, creating the risk of flooding. Sea-level rise does not only pose a physical threat to coastal communities, but also leads to increasing risks for salt water intrusion of coastal aquifers, putting further strain on vulnerable freshwater resources. Himalayan glaciers feed great Asian rivers such as the Yangtze, Ganges, Mekong and Indus. Over a billion people rely on these glaciers for drinking water, sanitation, agriculture and hydroelectric power.

Water scarcity, aggravated by climate change, also poses a threat to food security. Crops and livestock are unlikely to survive in certain locations if weather conditions alter too much. As so often, women are disproportionately affected. Women are the primary producers of food globally and make up most agricultural workers in many countries. This means they are hit harder by irregularities in precipitation due to climate change as they rely on rain-fed agriculture.

The combination of food insecurity, shortage of and reduced access to water resources, and existing gender inequalities, such as limited ability to own land, increases women’s burden of climate change-induced consequences.

Rising water scarcity and variability does not only pose risks to our lives and livelihoods but also to global security. The 2016 World Bank report High and Dry: Climate Change, Water, and the Economy warns that water scarcity, intensified by climate change, might “hinder economic growth, spur migration, and spark conflict”.

Climate change is believed to have added fuel to the fire in many conflicts, from Darfur to Somalia, and Iraq to Syria. Given the urgency and gravity of the risks associated with climate and water change, we must improve disaster prevention and ensure that responses are aligned with needs.

In the aftermath of the triumphant signing of the UN Sustainable Development Goals (SDGs) and the Paris Agreement, we need to acknowledge what delivering on these ambitions will entail. With manifold complex challenges, there is a risk that the ambitions illustrated in Agenda 2030, in the Sendai Framework for Disaster Risk Reduction, and the Paris Agreement end up as paper tigers – instead of being implemented through much-needed, coordinated programmes and projects.

For example, the SDG target to achieve universal and equitable access to safe and affordable drinking water for all by 2030 requires committed action. Today, 663 million people lack access to drinking water from an ‘improved’ source.

UNICEF figures suggest that only two thirds of the world’s population have access to ‘improved’ sanitation. Without sanitation, there is no alternative but to defecate in the open. Access to safe water and sanitation is a question of human dignity. It also has implications for gender equality. When girls do not attend school because their personal hygiene cannot be maintained or they need to stay home to fetch water, their potential as productive members of society is jeopardised. This directly hinders sustainable development.

Competing demands between water users call for smart water management and governance to ensure that resources are allocated in a fair way. Approximately 70 per cent of all water abstracted from rivers, lakes and aquifers is used for irrigation. Valuing irrigation in times of drought will require trade-offs between food production and other societal water-demanding needs.

Unfortunately, waste is often found at the end of the chain of water-intensive production. Therefore, on top of allocation and distribution challenges, resource efficiency and reuse are key factors to achieving sustainability.

Interdependent objectives
Everything is connected. Recognising the interdependence of different objectives will allow us to identify co-benefits when implementing climate or development policies and plans. Water is critical for climate change mitigation by reducing greenhouse gas emissions, since many fossil-free energy sources rely on dependable access to water.

For instance, hydropower needs stable flows; biofuel production requires water; and carbon capture and storage is water-intensive and risks groundwater contamination. In parallel, the means to regulate water scarcity, including desalination, are very energy intensive. To transport larger volumes of water across longer distances will increase the energy intensity in water provision as the hydraulic infrastructure requires energy input. Thus, if we understand the underlying water–climate logic, the risk of fragmented and thus failed interventions and investments will be avoided.

Moreover, through the vital role that ecosystems often play in improving freshwater storage for flood and drought control, safeguarding water resources is, together with sustainable forestry, perhaps the most promising of adaptation measures. Replenishing groundwater storage and refilling reservoirs enhances the resilience of the surrounding ecosystems, thereby reducing the vulnerability to populations facing climate change-related risks.

The known and still unknown negative impacts that a changing climate combined with water scarcity and variability bring on humanity are too destructive to not be prioritised. Freshwater is our most precious resource.

Despite this, we do not protect it. Properly valuing water and other ecosystem services will contribute to accuracy and fairness in allocating existing resources. Proactively requiring compliance and resource efficiency throughout the entire supply chain, instead of waiting for consumer-driven demand, will bring benefits – including potential economic advantages.

We, as global citizens, are the patrons of our societies. We are the agents of change in shaping our vision and making the future bright, blue and green. It is up to us to adapt our behaviours, production and consumption patterns to support liveable societies.

The global agreements have encouraged novel approaches, illustrating the major challenges ahead to set inclusive and sustainable development trajectories. But they also carry a basket of carrots with opportunities for governments, authorities, city and business leaders, regulators and practitioners to wisely execute the needed responses. 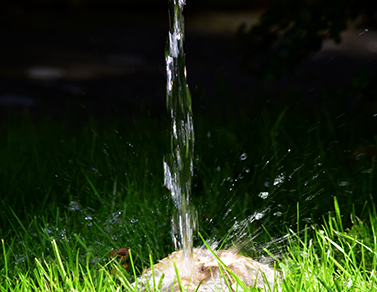 Water consumption is one of the main challenges facing environmentally friendly industrial manufacturing.

Sofidel – the second largest tissue company in Europe and the sixth worldwide – has made water issues one of the crucial pillars in its own environmental sustainability strategy. It is committed to responsibly managing the resource, highlighting its relevance in terms of hygiene and well-being and raising awareness among the company’s stakeholders.

The aim of reducing water consumption is pursued both through management measures and specific investments. Moreover, the use of water at Sofidel paper mills is monitored in real time through a dedicated dashboard – the efficiency of water flow is a significant parameter in the company’s worker incentive system.

As a whole, this commitment has led Sofidel to achieve significant results, with an average use of water per kilogramme of paper produced of 7.0 l/kg, compared to the industry’s benchmark of 15-25 l/kg. Sofidel’s responsibility goes beyond production impacts, aiming at “building an inclusive, sustainable and resilient future for people and planet”, in accordance with the United Nations Sustainable Development Goals.

As of today, the issue is particularly relevant in less developed countries, with 663 million people that still don’t have access to safe water, and 2.4 billion people that have no place to go to the toilet. This means that otherwise-preventable diseases can spread: according to WHO and UNICEF, a child under five dies every two minutes because of this lack of clean water, sanitation and hygiene.