Women and girls bear the brunt of the impacts of climate change. Empowering women to fulfil their potential must therefore be at the heart of adaptation strategies 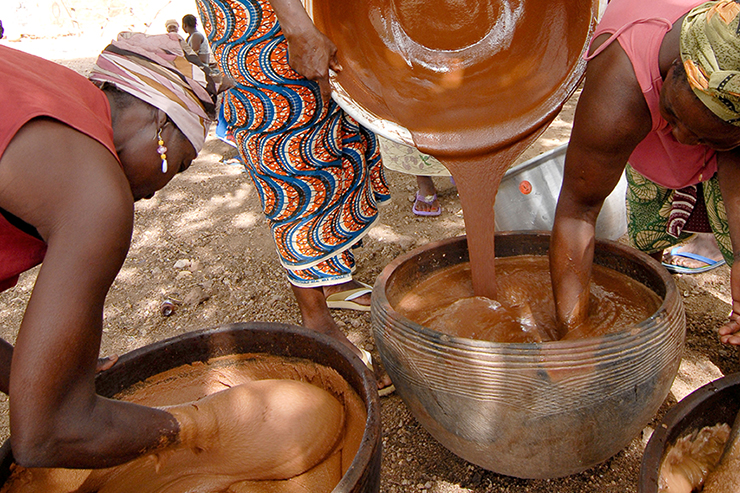 Women and girls bear the brunt of the impacts of climate change. Empowering women to fulfil their potential must therefore be at the heart of adaptation strategies

Climate change and gender inequality are arguably two of the greatest sustainable development challenges of our time. Climate change affects the entire planet and all peoples, although not in the same way or to the same degree. Gender inequality, meanwhile, denies full human rights to half the population and fuels discrimination and violence. The key to tackling both issues effectively is understanding the many ways in which they are interlinked.

The impacts of climate change affect the livelihoods and wellbeing of both women and men – with impacts on agricultural production, food security, health, water and energy resources, climate-induced migration and conflict, and climate-related natural disasters. But because climate change amplifies existing gender inequalities, these impacts are felt differently by women and men.

Often, women and girls are the last to eat or be rescued. They face greater health and safety risks as water and sanitation systems become compromised. And they take on increased domestic and care work as resources dwindle. Poverty, meanwhile, leads to earlier marriages, lost education and diminished opportunities.

Women and girls typically carry a disproportionate burden of unpaid care and domestic work, and this only increases with a changing climate. For example, women and girls are responsible for water collection in 80 per cent of households without access to piped water. Climate-induced drought and scarcity also affect the time and effort required to collect, secure, distribute and store water, fuel and other resources.

Where access to clean and affordable energy is lacking, women and girls may spend large portions of their day performing laborious and physically draining tasks such as collecting biomass fuels and manually processing foodstuffs. In areas of fuel scarcity, fuel collection can take up to five or six hours per day – time that could otherwise be used for paid work, education, rest or leisure.

Recognising these conditions is crucial, as is recognising that women are not naturally a ‘vulnerable group’ but may become so through the contexts in which they live and move. Characterising women consistently as vulnerable marginalises their participation in climate change mitigation and adaptation, and omits or diminishes the many strengths and solutions they bring.

For instance, women’s participation and leadership are key to: accelerating the adoption of renewable energy technologies and climate-smart agricultural practices; promoting sustainable transport and urban development; and reducing and responding to climate-related disaster risks. This contribution must be fully recognised, measured and supported.

Through their experiences as early adopters of many new agricultural techniques, first responders in crises, entrepreneurs of green energy and decision-makers at home, women offer valuable insights and solutions into better managing the climate and its risks.

Women can also help to address climate change at scale. They are key actors in building community resilience and responding to climate-related disasters. Women tend to make decisions about resource use and investments in the interest and welfare of their children, families and communities. And, as economic and political actors, women can influence policies and institutions towards providing more public goods that both support climate resilience and disaster preparedness and tend to matter more to women. These include energy, water and sanitation, and social infrastructure.

At UN Women we have been working to address climate change and gender equality on a number of levels. Together with partners from the United Nations system, national governments and civil society, UN Women supports the negotiations of the UN Framework Convention on Climate Change (UNFCCC) to integrate gender equality dimensions in climate change decisions and policies. For example, at COP23 in November 2017, we supported the establishment of a Gender Action Plan.

Enacting good policies requires quality data, so that we can quantify the issue and measure improvement. UN Women’s recent report, Turning promises into action: Gender equality in the 2030 Agenda for Sustainable Development, tracks progress towards the Sustainable Development Goals (SDGs) from a gender perspective, including climate-relevant SDGs (SDG 13 on climate action, SDG 14 on life below water and SDG 15 on life on land).

An examination of these goals reveals that statistics on the gender effects of climate change, as well as management of natural resources on which women’s livelihoods heavily depend, are largely missing. The report stresses that improved sex-disaggregated data on asset ownership and the use of environmentally friendly technologies needs to be given high priority when monitoring efforts to better understand women’s needs and promote women’s agency in climate action.

UN Women is also addressing the nexus of gender equality and climate change through three flagship programming initiatives, in conjunction with partners and stakeholders at global, national and local levels. These cover the critical areas of sustainable energy, climate-smart agriculture and community resilience to natural hazards in a changing climate, and are aligned with a number of SDGs.

Empowering women in Côte d’Ivoire
An example of UN Women’s work on the ground in climate-smart agriculture is a joint programme with the government of Côte d’Ivoire in the shea sector. The programme provides a climate-smart solution to reducing deforestation, while bolstering rural women’s economic empowerment.

In the West African country, women make up almost 70 per cent of the agricultural labour force. But only three per cent of women own the land that they cultivate. The country also ranks as the fifth-largest producer of shea butter, which is extracted from the nuts of the African shea tree and widely used in cosmetics.

Producing shea butter is largely seen as a woman’s job, and it is no easy task. Since the traditional method used to produce shea butter is labour-intensive, and the resulting product does not necessarily meet international quality standards, the profit margin is also low. This is compounded by rising deforestation, a major threat to the sector.

Since October 2017, UN Women has trained women cooperatives in better manufacturing practices. It has also improved the equipment in shea butter production facilities so that the products meet competitive standards. We also provide financing and market access for women in the shea sector.

The next step is organic certification, which will go a long way towards increasing the value of the shea butter that the women produce. Because of the initial success of the programme, women working in the shea sector have been granted community lands. This is a significant step towards protecting the land and shea trees from the impacts of climate change and deforestation, while increasing local women’s production capacity and improving their incomes and livelihoods.

Systematically addressing gender gaps in responding to climate change is one of the most effective mechanisms to build the climate resilience of households, communities and nations, and to ensure that no one is left behind.

Encouragingly, the growing recognition of the disproportionate impact of climate change on women and girls has been matched in recent years by the rising awareness of both their roles as change agents and the tremendous value of gender equality and women’s empowerment for producing social, economic and climate resilience benefits.

This is reflected in the 2030 Agenda for Sustainable Development and the Paris Agreement, adopted at COP21 in December 2015 under the UNFCCC. It is up to all of us to fully implement these agreements, with women taking leading roles, and to ensure that gender equality plays a central role in any climate action.